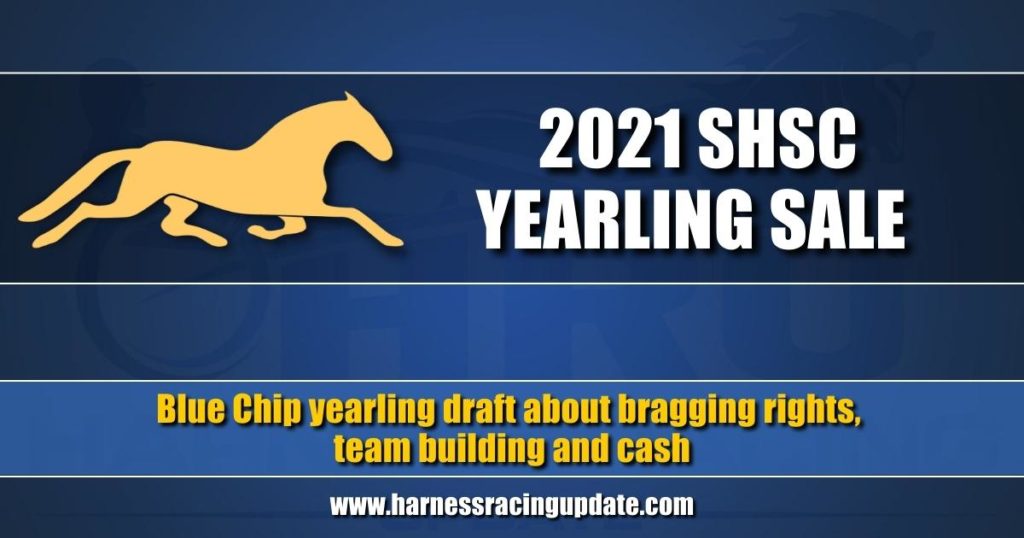 For well over a decade, Blue Chip Farms has turned yearling prep into a competition among its employees and owner Tom Grossman said the annual yearling draft is not only one of the highlights of the year, it’s been instrumental in team building.

When all the yearlings come in, staff take turns picking them similar to any professional sports draft. The person with the yearlings that average the most as a group at auction, wins “a big cash envelope” from Grossman.

“It’s a nice bit of cash, but it’s more bragging rights,” Grossman said. “It gives me great information, too. They tell me anecdotes. I’ll say, ‘You were aggressive on her – I thought you’d wait another round’ and then they’ll tell you why they liked her and you’ll learn something. It’s brought us together a lot as a farm.

“You see the grooms doing their homework and asking you a lot of questions about pedigree or talking about ‘that horse out of the mare from last year finished a good second last night.’ They’ve always had a good feel for the physical individuals and they’ve really upped their game on pedigree and it’s very, very competitive,” Grossman said.

“It’s one of the best things we’ve done. We’ve just added onto it with management, who aren’t rubbing the yearlings. We estimate the sale prices and whoever is closest gets another cash reward. Again, it spurs valuable conversations, because the next thing that happens right after Harrisburg is you have to start booking your mares for next year… I have three or four guys that can tell you what the last seven foals out of the mare looked like and why they liked them or didn’t like them and why we should breed here or there. As much as I work hard at knowing it, they are out there touching the horses every day. It’s nothing but very useful information.

“It’s exactly like fantasy harness racing, it really is.

“It’s hard work raising these yearlings and bringing them there – working on some of these yearlings from pulling them out of the mare through several years and then it’s all about 10 minutes or five minutes in the ring and whether a second guy likes the horse or not. It’s tense because all the work has been done and now it’s just being appraised in a matter of minutes. It’s tense and this cuts through the tension a little bit.

“I just get a kick out of watching my guys come back from the ring when one sells well or when one doesn’t sell well – both happen every year. To see their emotions and see that they really care. It’s not about the cash prize for winning, they want the farm to do well. My guys just love what we do and they know if the yearling sale is better that we’re going to buy more mares, so they care.”