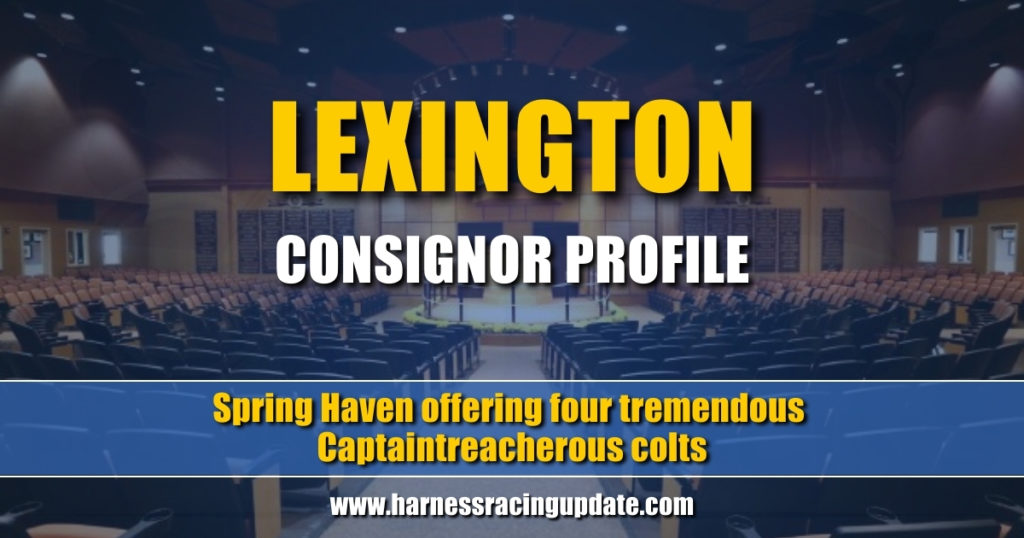 Senena Esty said she challenges anyone to find four nicer Captaintreacherous colts than the ones her Spring Haven Farm of Ohio is selling at the Lexington Selected Yearling Sale.

Spring Haven is selling 40 yearlings — 12 of its own and 28 for a range of clients. Two of the Captaintreacherous colts were bred by Spring Haven: hip 90 Captain Up and hip 271 Captain In The Air.

As for trotters, Esty said she has a pair of really nice Chapter Seven colts.

“One is a black beauty, I mean, he’s very fancy with quite a pedigree. This would be hip 238 (Saint James’s). Then, we’ve got one of mine and it’s a first foal out of the mare and I’m super excited about him (hip 470 Party At Seven).

“We’ve got a couple of nice Muscle Hill colts, if someone is looking for a Muscle Hill. We’ve got hip 83 (Railroad Jack) and we raised him for Nick McClelland. That’s the first foal out of that mare. The other one would be hip 370 (Muscleonamission). So those are two that we’re really proud of.”