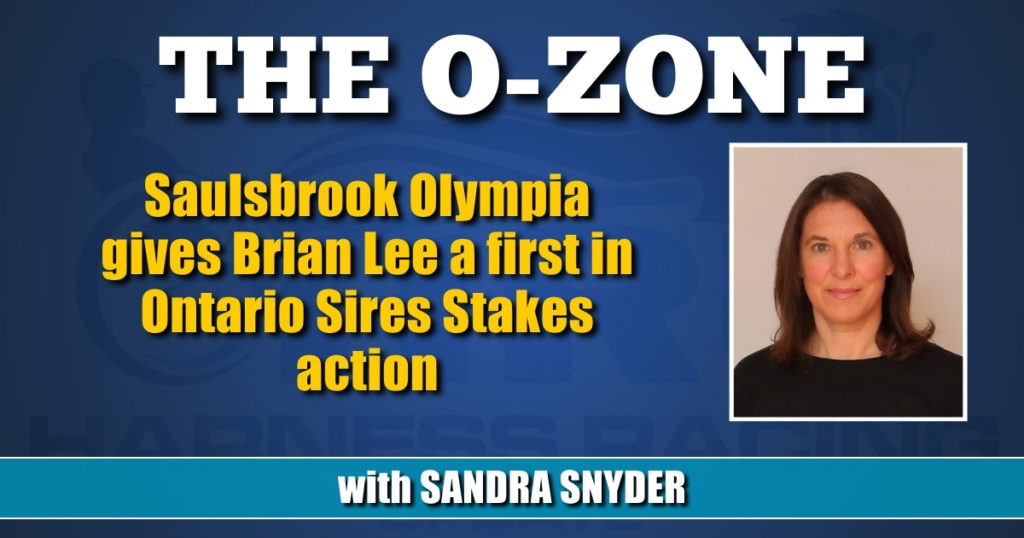 The Big Jim–Racino Star daughter heads into the Semi-Final showdown off a personal best 1:51.4 clocking in the Sept. 17 Grassroots leg at Woodbine Mohawk Park, where she finished in a dead heat for the win with Cyclone Sister. She and regular reinsman Brett MacDonald will line up at Post 5 and Lee expects another consistent effort from the youngster.

“She gets around any size track, she’s very good gaited, she steers well. She is a trip horse and if you can keep her covered up and let her get some room turning for home, she usually does kick home pretty good for you,” said the Orangeville, ON resident.

“When Dexter (Dunn) drove her last week (Sept. 17), I told him that she didn’t scope good after her last start (Sept. 10) and I treated her, and I said, ‘She is a trip mare, but if you can keep her covered up she’ll give a hell of a kick for home.’ So after the race — everything kind of worked out just how you would sort of map one out — he just laughed and said, ‘Geez, you weren’t kidding, has she ever got a kick for home.’”

Saulsbrook Olympia heads into the Semi-Final with a Grassroots record of one win, two seconds, one fourth and one seventh, which gave her 95 points and sole ownership of eighth spot in the division standings. She started her sophomore campaign with a four-race win streak that culminated with a victory in the July 4 Kin Pace Final at Clinton Raceway.

Lee has grown fond of the young pacer, but admits it took him a while to figure her out when she arrived from trainer Mike Armstrong’s barn in April.

“I always wear a hood on her, because she’ll be a little excitable jogging, but when you’d turn her and go a mile she’d kind of just drop the bit, so I really didn’t know what to think of her right off the bat,” Lee said. “Then one day I wanted to go a fast mile and I said, ‘Well, I’ll take the ear hood off her’, and I went without the ear hood and my god she was a different filly all together. She latched right onto the bit and she trained a nice mile, and from that day forward I kind of liked her.”

Lee trains the filly for breeder Allan McNeil and his father Bill McNeil’s Saulsbrook Stables Inc. of Windsor, NS and Edward Gorc of Sudbury, ON, just the latest in a group of owners that have made the horseman’s nearly four-decade-long career an enjoyable one.

“That’s one thing I will say, over the years, I have had great owners, just great people to deal with,” said Lee, who has also trained horses for Bill Andrew and John MacPhail of Calgary, AB, Frank Brundle of East Garafraxa and Mary Christopher of Acton, ON. “I’ve just met a lot of good people in this business. I just can’t say enough about how people, if anything goes wrong with anybody in this business, they’re always the first to step up and help. You just don’t find a lot of places that are like that.”

Born in England and raised in Orangeville, Lee was introduced to harness racing at the old Orangeville Raceway by Len and Ron Hutton. He spent a number of years working for Bill Cass, was introduced to the joys of training in Florida by Keith Waples and lured back into the business after a brief detour by Jeff Ginn.

“Just before I went to Florida I actually got out of the business for about a year and a half and I worked in a factory that started up in Orangeville, it was called Johnson Controls, it made car seats for Chrysler,” said Lee. “They had a shutdown at Chrysler, and Jeff Ginn, he asked me to come work for him when we were in one of our shutdowns, and that’s how I got back into the horses again.”

After working for a few winters with Jim Ritchie in Florida, Lee was sent back to Ontario with a couple of horses while Ritchie headed to The Meadowlands. Lee moved into First Line Training Centre, just northeast of Guelph, in the spring of 1995 and has been there ever since. Over the past 26 years he has worked with countless horses, old, young, conditioned and claimer, but there are a few that stand out.

“I haven’t had any great horses, but I’ve had a lot of nice horses,” said Lee. “Going back to the Bill Cass days there was a horse I kind of remember fondly, Gonna Be Happy (Most Happy Fella–Brenda Blue Chip). Since I’ve been on my own, a horse called One Eighty (Jate Lobell–Spinaway) was one of my favorites and another one called Chevron Hanover (Astreos–Cheyenna Mae). More recently I had a nice old horse called Par Intended (No Pan Intended–Parapanalia) that I liked a lot, and I kind of have a little fondness for this Saulsbrook Olympia and this Lenis (Il Sogno Dream–Windsong Chance) trotter that I have too, they’re kind of nice little horses.”

“He actually raced very well, I was very happy with him,” said Lee. “He ended up finishing fourth and trotted his own last quarter in :27.1, so I was just thrilled with him.”

The colt fits the conditions for the Harvest Series at Woodbine Mohawk Park this fall and so long as he stays happy and healthy, Lee expects he will race in that event and then enjoy a winter break. Saulsbrook Olympia will also be headed for a well-earned vacation when the Grassroots season comes to a close.

Lee has no plans to visit the yearling sales this fall, content with work with the horses currently in residence in his barn.

“I don’t really like to keep any more than five. Like I said, I like to do it myself and if I can keep four or five, that keeps me happy,” said Lee, who has clearly found a recipe for success that works for him and his pupils.