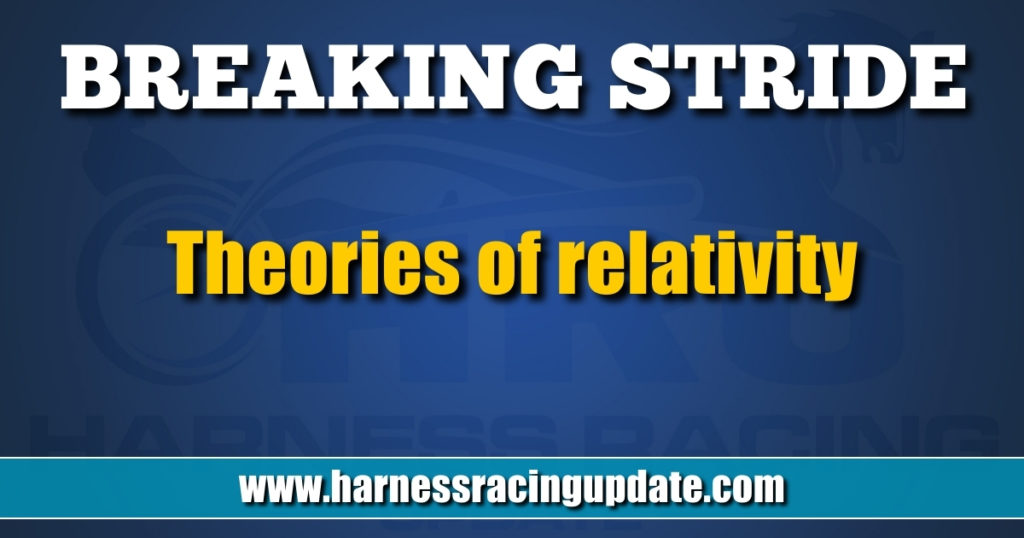 I set my coffee mug on top of my yearling sales catalog and said to my pal, “The coolest thing about this sport is anyone, even a fiscally challenged clown like me, can play. If you want to own a racehorse, there is always a way to cover a percentage of an inexpensive yearling.”

He nodded, “And you have tried in many ways. You are like Cinderella trying on a glass tennis shoe.”

“I’m always looking for one of those racehorses that come from nowhere. Those outliers, those bargain-basement yearlings may not be great for breeding farms, but they are the music that keeps many of us peons dancing.”

He chuckled. “I’ve seen you dance. It isn’t pretty.”

“When it comes to sports, I have a weird slant.”

He pinched the bridge of his nose and said, “Shocking.”

“My two favorite baseball teams are Cleveland and Tampa Bay, two low-budget teams. They compete against Boston, New York, Chicago, Los Angles — teams that often feature payrolls that dwarf the bottom feeders. A single player on the big market teams can make more than the entire roster of a small market team. The truth is, I prefer being a fan of the bargain basement team.”

He rolled his eyes, “Here we go, Captain Underdog speaks another nutty theory.”

“Call this one my theory of relativity. Whenever I talk baseball with Tampa or Cleveland fans, they moan and groan how the owners are cheap. In horse racing, they bitch that the rich get richer and vacuum up the good stake’s horses. This whining annoys me. I can’t understand why people just don’t embrace the situation.”

He said, “I realize that Tampa and Cleveland have managed to field better teams over the past decade at a fraction of the cost, but believe me, in the long run, the money will catch up.”

“That’s fine. I don’t care. To a mind like mine, supporting an inexpensive yearling or a low payroll team makes every win sweeter. I could never see myself a Yankees fan. What satisfaction is there in supporting a franchise that uses mega-money as a hammer?”

He spoke softly, “My friend, you don’t understand business and revenue. If New York spends a billion on players and makes two billion, well, that’s their business. The same thing in racing, if owners think spending $200,000 on a yearling is wise, they should have the freedom to do so.”

“You… are… correct, capitalism rules. People can spend as much money as they want on a harness horse, a ball team, or a giraffe. Or as little as they want. My theory is that egos, emotions, and psychology skew the picture. Many of us would find the experience of winning stakes races with a $500,000 yearling trained by a top trainer far less emotionally satisfying than winning with our inexpensive yearling performing well.”

“You know, Trey, thinking like that is why you live in a house with wheels. When Tampa is twenty games behind and not competitive, you will not feel the same way.”

“Yes, I WILL. Competition is relative, and this is where a few of us go off the traditional sporting rails.”

“Not mine. There is a cult of us who find the challenge of doing things the difficult way more satisfying – some by circumstances, some by finances, some just psychologically.”

“A tiny cult in the sporting world.”

I said, “Suppose the betting line in Las Vegas has the Tampa Ray baseball team winning 60 and losing 100 games in 2022. I’m fine gambling my money and going the whole year trying to win 61 games and prove them wrong.”

He blew a little raspberry. “That’s a poor analogy and an extreme minority opinion. People want to win the title. Horse racing people want to win a million dollars and the Hambletonian. In baseball, the fan base will reward the winners financially. Winning is a straightforward concept; people want to win for an emotional high and money. ”

I sighed, “And that is why most fans are disappointed and fickle. They don’t use relativity. They revel in victories and jettison losers like a wool sweater on a sunny summer day.”

“If your horse finishes fourth in the Sires Stakes Championship or your baseball team is the runner-up in the World Series, does that make everyone else losers?”

“That’s because people are screwed up. It’s a macho thing to cling to winners and not to be associated with losers. People take losing personally.” I paused,” I coached high school sports, plenty of them. I had winning seasons and seasons that did not go so well. My favorite sporting season was with a tennis team I coached that did not win a single match. We lost the last tennis match on a let cord. We were thrilled we ALMOST won, joyful just to have been in the game. We sang and danced in the aisle on the bus ride home. That match, out of hundreds, is the one that stays in my heart.”

He said, “That was a nice trip down memory lane. However, it has no relevance to people purchasing and racing harness horses, an arena where money is the measurement. A horse that never wins is an expensive, disheartening experience. A baseball team that rarely wins will never have great attendance. Those are facts, not silly theories.”

“Your mindset is a bit stupid.”

“I realize that horse $1,000,000 payoffs and the $300,000 Sires Stakes Champions are the main carrots. The sales stars usually shine. However, if I ruled the harness world, I would take a percentage off the top of the purse money and reward any horse that makes the qualifying time with a stipend. I would write races for young horses where 2:07 gets a sniff. I would try to give the guy who has a slow trotter a few carrots at ages two and three and give the owners a few dollars and some memories, memories like my high school tennis team.”

“You will go broke playing in the harness racing game like that.”

I sighed. “Well, I prove that theory every year.”