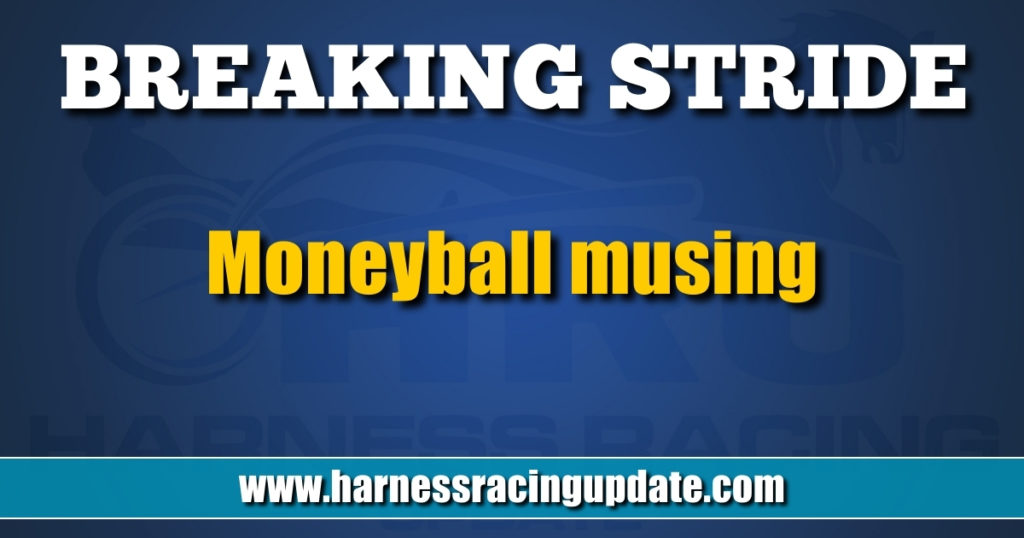 “I knew you nerds were going to mess up my little corner of the world since the summer of 2005.”

My friend opened his hands, “I’ve only known you for five years.”

“I was riding on a bus, traveling through Kentucky with a minor league baseball team. Instead of listening to music or talking trash, a handful of players used headphones to listen to a book on tape. What an eye opener.”

“Books on tape were amazing to you? Trey, audiobooks have been around since before you were born. Cassette tape books arrived in the 1960s and compact discs in the 1980s. Audiobooks were not cutting edge 15 years ago.”

“No, not the book itself, people used to read books all the time. The book’s content was what troubled us, and we talked about the subject throughout the summer. The players were all reading or listening to the same book, Money Ball, The Art of Winning an Unfair Game, an early book about analytics in baseball.”

He said, “I saw the movie with Brad Pitt. Excellent.”

I cut short his list, “Yeah, yeah, all that stuff. I particularly remember an overlooked right-handed starting pitcher. I forget his name, but the kid was good, threw hard, and was a bulldog on the mound. His only flaw was that he was an inch or two under six feet tall. If he were three inches taller, his story would have been very different.”

He nodded. “I see where you are heading. Today, Moneyball data collection and analysis look like stone-age hieroglyphics. Trey, with artificial intelligence and a dozen new technologies, the number-crunching and siloing will only get worse, or better, depending on your particular point of view.”

“My point of view today is the same as it was 16 years ago on that bus – this ain’t good. Sucking out the human factor is not going to be as much fun. But I don’t think it has infested a prehistoric game like harness horse racing yet.”

He shook his head, “Don’t be so sure. Anyway, my friend, it’s only a matter of time. I noticed you use an iPad for yearling shopping. Why do you use your iPad?”

“I like the ability to sort stuff, you know, like Pennsylvania trotting fillies from a particular sire.”

He smiled, “The sorting abilities your iPad offers seem revolutionary to many people, but it is merely scraping the surface. Soon there will be many more filters, and filters on those filters.”

Sighing, I said, “I hate to say it because it feels like aiding and abetting, but there are a few yearling filters I would like to see on my iPad right now.”

“I would like to be able to filter out each month the yearling was born. One of my pet theories is that a June foal is okay, and they often sell for a lot less.”

“Well, your theory about late foals could easily be proven or disproven using data and advanced analytics. What else?”

“I would like to see the sales prices at previous auctions for horses in the same family, or if they were homebred or sold privately.”

“Well, technically, those are not filters. That is additional information that artificial intelligence could harvest and include, or you could create a program to find that data yourself.”

I surprised myself by sounding excited, “You know what I would like to see? A filter that would hide all the small races at county fairgrounds would be helpful. Those long paragraphs about a horse that finishes third at eleven Podunk fairs are deceiving. You see all those words on a page, and it takes a few minutes to realize the horse was very busy but made just $6,000 and won eleven ribbons. While another horse has like eight words next to his name and made $100,000.”

“And another thing I would like to see would be horses that raced in Europe or yearlings that sold to people in Europe and for how much.”

He nodded, “And the money winnings themselves are sometimes misleading. Ratios and algorithms of money and times should be available. What about including the measurement of horse height and weight at thirty days before the sale?”

“That would be a problem, exactly measuring a horse.”

He shook his finger, “Not with robotics and scanners.”

My voice got a tad shrill, “See, see. You’ve got me all fired up. Look where we are going. Where does it end? Why don’t we just run every horse through a computer, and artificial intelligence will give customers the projected price, the projected performance to the seventh decimal? Farms could have an artificial intelligence program write a marketing report to sell the horse, and we can all stay home.”

“It was terrible for the gritty pitcher on the bus who was 5 foot 10. He could have been a contender.”