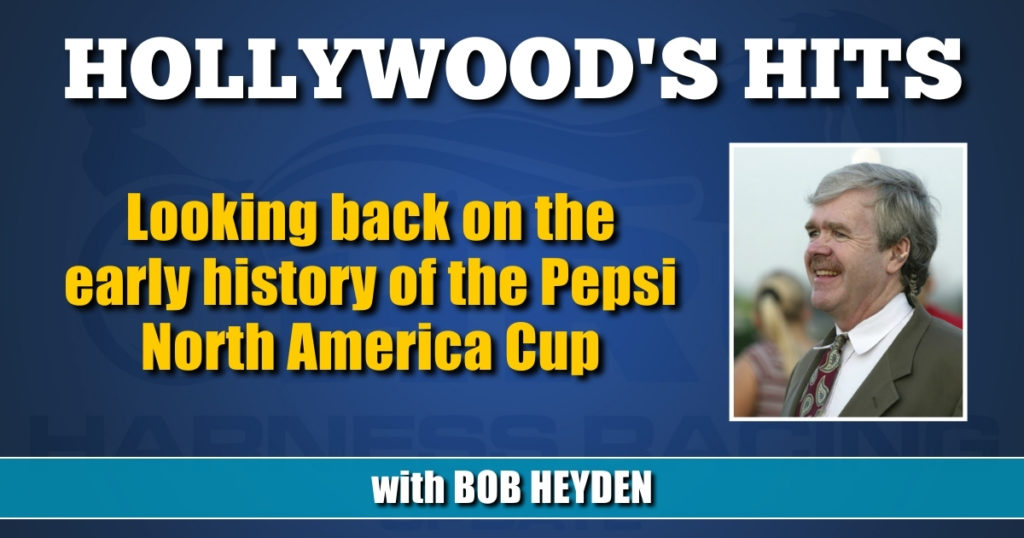 Can it really be 35 years since John Campbell debuted with favored Amity Chef and was second to Quite A Sensation in the 1986 Pepsi North America Cup?

This year marks 34 years since Canada’s very first million-dollar event was held and Jate Lobell dug in to hold off Frugal Gourmet in the 1987 NA Cup.

Jate Lobell won the first seven-figure event on Canadian soil-and then sired three winners of the NA Cup in a six-year span:

Canadian-born drivers swept the board six times in the early years of the NA Cup:

It has been 29 years since Joe Holloway last won the NA Cup in 1992, upsetting Western Hanover with Safely Kept. Perfect Sting looks to make another statement for Hall Of Fame trainer.

In early June of 1995, Holloway had the two best sophomore pacers in the land — No Standing Around and Jennas Beach Boy. The NA Cup was right on their schedules until fate took over. The ill-fated No Standing Around didn’t make it and Jenna suffered an injury that prevented him from racing all summer.

Five of the first six editions of the NA Cup required a photo to determine a winner:

None of the first seven winning drivers of the NA Cup ever won it again!

Only one of the first six NA Cups had a Meadowlands Pace winner participate. Frugal Gourmet in 1987 was second. But then in each of the next six editions they made both. Beach Towel 1990-Precious Bunny 1991-Carlsbad Cam in 1992-Presidential Ball in 1993-Cams Card Shark in 1994 and Davids Pass in 1995.

The following did not get a check in the NA Cup but won the Meadowlands Pace:

A decade to remember

Has anyone ever had a decade in the same stake as John Campbell had in the 1990s in the NA Cup? The answer is NO.

Campbell’s record in that stretch was: 9 6-0-1. All were million-dollar races.

Cat Manzi won the 2004 NA Cup in his first attempt (June 26, 2004), the day before he turned 54. He drove Mantacular to victory for Larry Rathbone. It was Manzi’s first million-dollar win.

It took until the 14th edition of the NA Cup for the favorites to finish 1-2 in order — 1997 — Gothic Dream and Village Jasper.