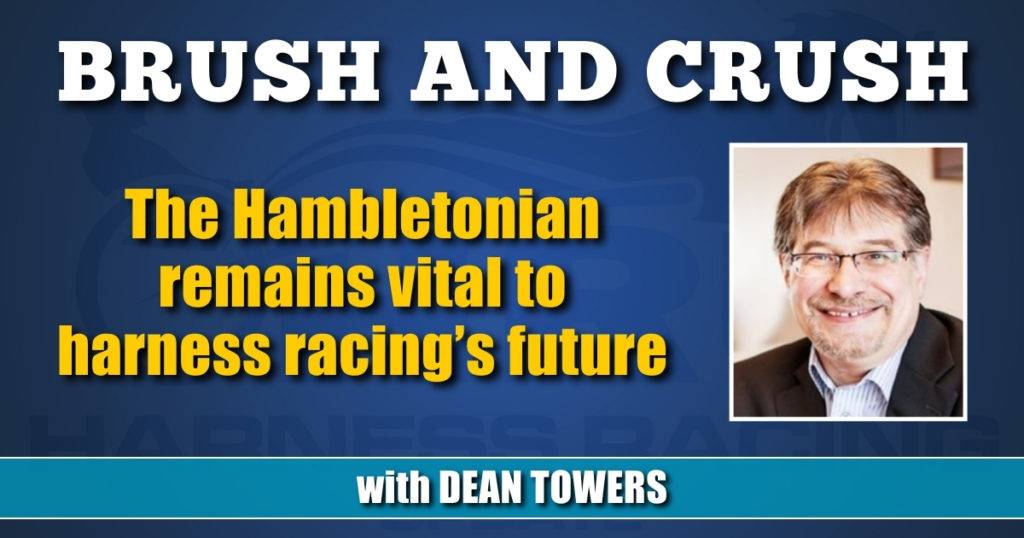 In today’s world, being “top of mind” is a strategically important.

On Saturday (Aug. 7), as most know, the Meadowlands will again play host to the Hambletonian. For those lucky enough to be on site, there will be food trucks and music, games for the kids and giveaways. And yes, there will be world-class harness racing.

It’s probably at this point where gambling Twitter and Facebook will say, “This is a gambling game, who cares about the fun and food!” In many ways they’re correct. Handle money pays a lot of the bills. However, for this one day, in this sport, the Hambletonian is much more than that — it’s a conduit to stay top of mind with the people who matter.

What’s top of mind? Marketers call it something that triggers a positive thought, and encourages someone to act on it.

For the 2000 general election in Arizona, Wharton Marketing professor Jonah Berger did a deep data dive. He hypothesized that where a vote was cast could have an effect – a church, with its imagery might trigger more votes against gay marriage, for example. Examining the results of a plebiscite for an increase in sales taxes to fund education, the professor discovered there was a large statistical “yes” bump if the voting booth was set in a school. The trigger – lockers, desks, books and learning – brought education top of mind and modified behavior.

Top of mind is used everywhere and you and I often don’t even know it. Not long ago a study was done in a wine store. When German music was played, German wine sales increased; French music the next day, well, you guessed it.

For harness racing, especially in New Jersey, with a day like Hambletonian Day, it’s not dissimilar.

For fans, the sights, the smells, the crowd – all of it – may remind adults of their time at the Meadowlands when they were younger. For those who have not visited the harness races in some time the same result occurs. It’s all “top of mind” again and can (and does) result in more visits.

Perhaps the most important patrons on Hambletonian Day, though, are the politicians, because they control a lot of the purse strings. If you were watching the Adios last week, The Meadows Standardbred Owners Association was aware of this and I thought they did an excellent job on the feed keeping this sport top of mind with that targeted audience. Clip after clip reminded what these dollars were doing for agriculture and the environment, along with how important the horse was to so many.

Politicians this weekend at the Meadowlands will no doubt link the crowds, the sights, the smells and the history of the day just like the voters casting ballots in schools did. Knowing that New Jersey is home to the greatest race in the harness racing world can pay off for years.

So yes, as I handicap this massive day with its big pools and betting opportunities, I am fully cognizant that there’s more to the game, at least for this one day. It’s a great time to sell the sport; to keep it top of mind for a lot of people who matter.

Good luck and good racing on this special day.