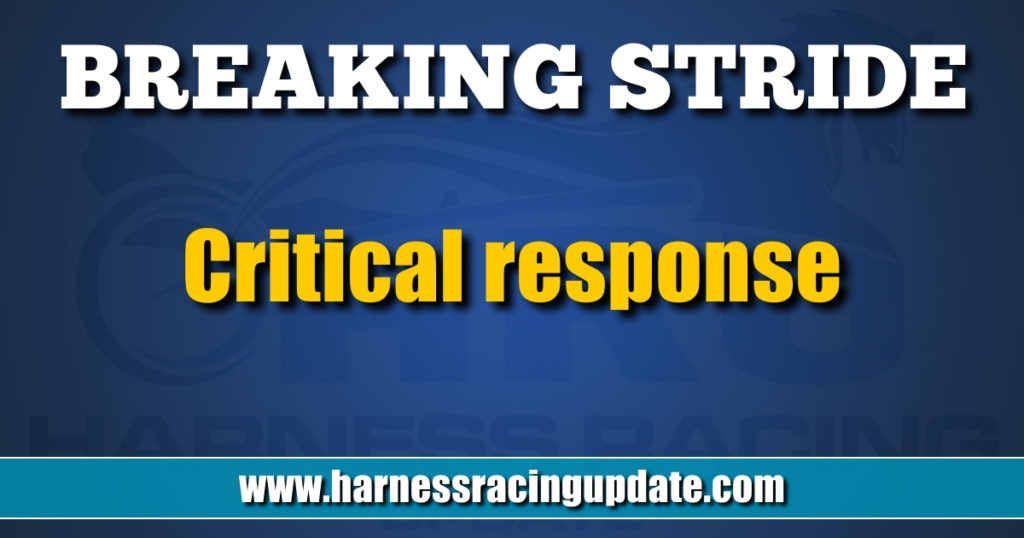 Last week, the first in a series of possible wild pitches for participants in this sport (full story here) led to a minor digital skirmish.

Text received.
July 5, 2021, 3:57 PM
Your fake letter phishing for a new person to become involved in harness racing ownership was over the top. Nobody would ever write a letter like that, and nobody would ever reply. It was ridiculous.

Text sent.
July 5, 2021, 4:12 PM
The letter in last week’s column was similar in tone to several pitches of mine. One of my rules is never to be afraid of looking like a fool. More unusual approaches to widening the racing base are in the queue.

Text sent.
July 5, 2021, 4:19 PM
Another of my rules is to aim high and jump fast. Once upon a time, I wrote to an editor I did not know, who worked in a business I had no experience or understanding. My bizarre approach letter used sarcasm to threaten that I did not take rejection well, and my favorite Uncle Vito had Joey “Three Chins” Bonino on speed dial. The letter included several off-the-wall comments and weak puns. I concluded by asking for an outlandish amount of money.

Text sent.
July 5, 2021, 4:28 PM
I was lucky he had a sense of humor and wrote back with a joke of his own and a counteroffer of a single dollar bill. I worked for him until the day he retired. This incident brings to mind another rule of mine. When possible, look for recipients who are open to coloring outside the lines.

Text sent.
July 5, 2021, 4:42 PM
Yes, but I prefer unknown roads. Here is another wild shot that landed. One January morning, nestled beneath a green quilt, I decided that I wanted to make a baseball movie. I had a vague concept for a film in my head, and I did not know a single person in movie production. I could not operate my phone camera, nor did I have a script. I did not have money, and I knew absolutely nothing about the movie industry. I began immediately.

I crawled out of bed and googled – Ohio Film Production. I began scrolling and clicking. Within an hour, I had three names and email addresses. I chose the first name, someone who was an instructor of film at Dennison College. Before the crack of noon, I sent him a quirky email. He wrote back. We set up a lunch, the adventure began. The result was two exciting years of work and learning. And a movie DVD that wound up on library shelves.

Text sent.
July 5, 2021, 4:54 PM
About 20 years ago, I was a VERY casual fan who wagered a few races from the grandstands on an occasional Friday night. I had never set a foot onto the backstretch of a racetrack and did not know a single person involved in this sport. I began to self-educate myself by voraciously reading about the sport. After a few months of research, I took a wild shot in the dark. I called a writer at Hoof Beats magazine and asked him for the name of a potential trainer in my area. He suggested a fledgling trainer who might be a good fit. The result was two decades of adventures and a great friendship.

Text sent.
July 5, 2021, 4:59 PM
Exactly. Phishing for new owners and gamblers is difficult. Is your bait going to be: join us for a serious, wise financial investment? We ain’t that. IMHO, our best lure is: we are an entertaining, fascinating, quirky, unique hobby where you will have fun. Why not give us a look?

A few thoughts before I go:

No one gives you a chance; you have to take a chance – Lil Wayne
Just keep taking chances and having fun – Garth Brooks
Chance favors only those who court her – Charles Nicolle
Eat Every Sandwich – Warren Zevon