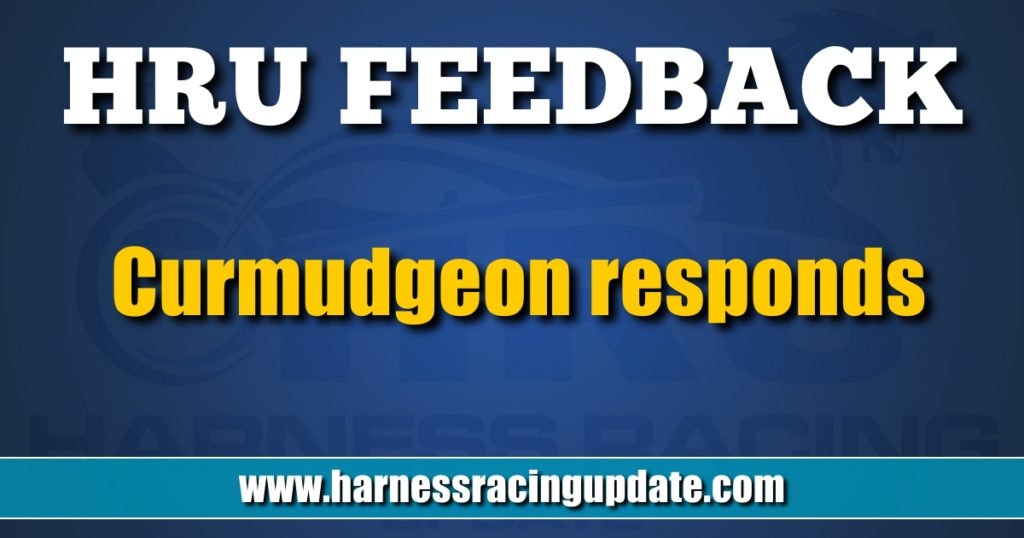 With regard to Donald McKiergan III’s letter to the editor in last Sunday’s HRU (full story here), I’d be the last to say that Jim Doherty was not one of the greatest Canadian horsemen ever. My problem was that my list was limited to just 15.

My answer to him would be that in order to include him, who would I delete of the 15 mentioned? The answer would be that I could not find a single one. I went through that very same problem when it came to the omission of a few others, chiefly John Chapman. It was quite difficult, but I felt that the list of 15 came down to those who in my opinion, came down to the 15 who were most worthy.

The two most important words being “my opinion.”

Murray Brown aka The Curmudgeon