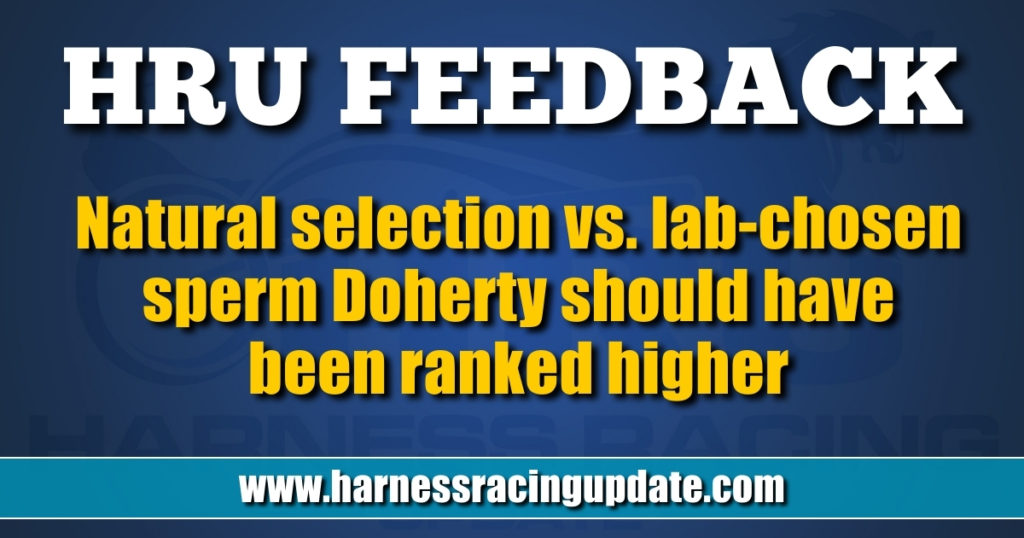 This article (full story here) is interesting and may be a solution for some mare owners but I am concerned for the yearling buyers. My education may be dated but I thought an incredible thing about nature was the journey of the sperm to the egg. I thought there was a natural selection process and randomization nature used to produce an evolutionary result? In ICSI I see randomization from the lab choosing a sperm, but the natural selection aspect seems to be missing. As a buyer, if ICSI is used I would want it notated in the sales catalog.

Doherty should have been ranked higher

Though your list of Canadian horsemen is exceedingly awesome (full story here), I believe, Jim Doherty, Sr. who I worked for and was friends with should’ve been listed higher on the list. Guys like Herve Filion, John Campbell, and William O’Donnell, are or were all great drivers, but Jimmy was a true and tremendous horsemen, who competed with the best from Day 1 at the meadowlands, without much of the power behind him that others had, and yet he had incredible accomplishments as a driver, but more so as a trainer.