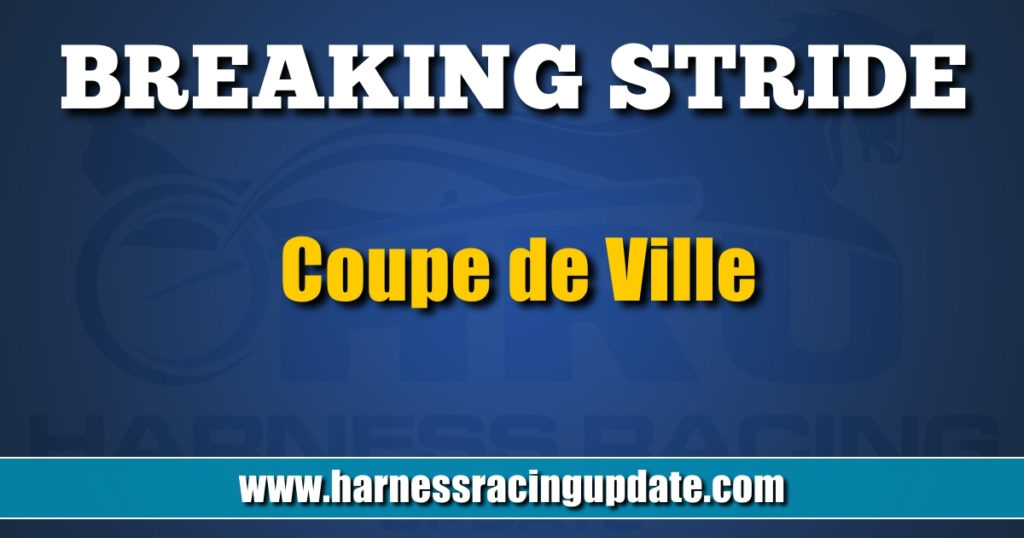 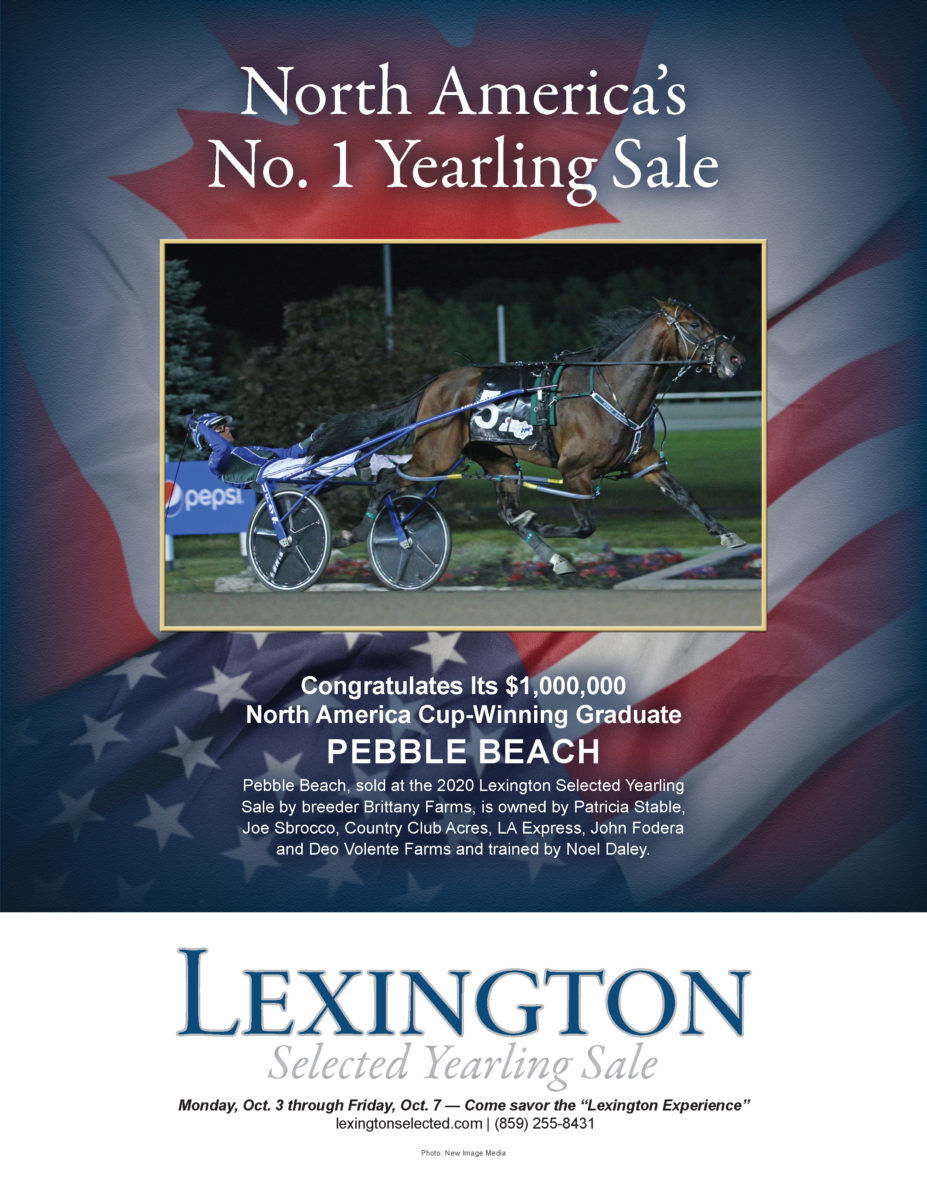 I realized my husband was an unusual man on our first date. When Rex Remington rolled up the gravel driveway to our house on Cabin Creek Drive in Newark, OH, the sun was slipping behind the treetops. Rex sat behind the wheel of a bright red 1975 Cadillac Coupe de Ville with all the windows open. Muscles bulging from a blue and yellow Hawaiian shirt and a camel cigarette dangling from his lips, he honked the horn three times. They were deep honks that sounded like a tugboat entering a harbor. I was 18 years old.

I dashed out the screen door, grabbed onto the porch rail with both hands, and yelled, “Good golly, Rex, that dang thing is bigger than a fire truck.”

He stuck out his left arm and slapped the rooftop of the enormous car with the palm of his hand. He called to me, “Hop in Maddy, let’s go look for some fires.”

Ponytail swishing from side to side, I skipped down the porch steps and raced across freshly mown grass into my future.

Although Rex was three years older than me, I had known him since third grade. A three-year age gap is a chasm during elementary and high school, so our circles rarely crossed. But you know things in a small town. Rex lived in a yellow house on Dover Avenue. He had an older sister, Donna, and she wore metal braces on her legs for two years. Everyone knew Mister Remington, who drove north every morning to work at the Ford Plant. He was a drinker, and the neighbors called sheriff Dugan for troubles on Dover Avenue more than once. Just before Rex entered his freshman year of Junior High School, his father left town and did not return. His mom then began to work at the Sack and Save Supermarket.

Rex earned a spot as the second baseman on the Newark High School baseball team in his Junior year. He and my brother were teammates, so I saw every game he played for the Wildcats as I sat in the third base bleachers. Rex worked at baseball. He was not a top player, but he had grit and team spirit. I was surprised when I heard that he joined the Navy right out of High School.

I was more surprised when Rex knocked on our front door just after supper on the evening before he was going to board a bus to Camp McCoy. With anxious eyes and fidgety feet, he asked if he could send me a few postcards.

For 37 mostly happy years, we shared life with two daughters and three houses. Rex worked at several jobs, some good, some not so good. He always had a project bubbling, something unexpected that he would reveal when he “worked the bugs out.”

Today, there would be no big cars, no coffin, and no crowd of visitors, just a yellow urn the size of a thermos bottle delivered by a funeral director wearing light blue rubber gloves and a black face mask. Despite agreeing with friends and relatives about how the virus ruined funerals, I was glad to skip any ceremonies. Closing the door on the last two years was sad but welcome.

Despite his mischievous spirit, Rex was a meticulous man. Arrangements for my life without him were in a large manila envelope on the coffee table next to the yellow urn. His final project was in my heart and my mind.

I did not know Dean Joseph, a horse trainer who would join me in completing Rex’s final project. The only times we met were when in the winner’s circle of Scioto Downs Racetrack. One evening, a trotter my husband owned won a race. Dean and I exchanged quick hellos as we posed for a photograph with the mud-splattered driver. Racing horses was Rex’s world. I kept my distance because visiting the backstretch bothered my allergies, and my eyes would swell up like a prizefighter’s during the last round.

Ownership of racehorses was another of Rex’s surprise projects. He unveiled this project twenty years ago, shortly after another project, selling used appliances on the Internet, began to bring in a substantial income.

My phone buzzed. I glanced at the name on the ID and answered, “Good morning, Mister Joseph.”

His words came out quickly, as if he had rehearsed them and did not want to forget his lines, “Just let me say, I am very sorry for your loss. Rex was the best owner I ever had, and we had some wonderful times. I know he loved you very much. My only regret is that I could never bring him a champion. We had a couple of good horses, but none of them made a big splash.”

“Believe me, Dean. He enjoyed every minute he spent with every horse. Even at the end, a phone call from you, or having a horse in a race, would pick him up.”

We were quiet for an awkward moment, then I said, “We should probably meet. How about the Lantern Inn for an early dinner on Thursday? They have that big open outdoor patio, and the staff takes every precaution.”

“That would be fine. Let’s say five.”

Sitting across the table, I noticed Dean had not changed much since the winner’s circle photographs. With his baseball cap off and wearing a crisp blue long-sleeved shirt, he looked a bit like Tim Allen, the sitcom actor who always talked over the fence to his neighbor. He ordered a grilled cheese sandwich and a beer. I had the chicken salad and coffee. Our conversation began a bit slowly, but the ice broke quickly. After a few minutes, I heard myself laugh, something I had not heard much for the last two years.

The waitress refreshed my coffee. When she left, I asked him, “Do you need any of the money today?”

“No, not really. Rex found good homes for the two horses he had, and the yearling auction in Ohio is not until the fall. He paused, “Are you sure you want to do this? A hundred thousand is a lot of money. That’s four times more than Rex usually spent on a yearling.”

“Dean, I’m not sure of anything, except that this is what Rex wanted.”

“Maddy, I don’t have to spend all of it. You never know what is going to happen at a horse auction. I might get one I like for less. Saving some money might cover training bills.”

I held up my hand to stop him, “Just use your judgment, that’s what Rex told me to tell you.”

He smiled and took a swallow of his beer, “So, I buy a real promising yearling, rename it Coupe de Ville, stake it heavily, train it to race, contact you in May, and then send any money the horse earns your way.”

I nodded, “Do you know where the purse money is going?”

“For research for a particular disease?”

“Not exactly; to an organ transplant organization.”

I sipped my coffee, set the cup down, and explained, “Two years ago, Rex learned he needed a new heart. His doctors placed him on a waiting list for a donor. We were hopeful. As we were adjusting to our new normal, other problems jumped up. Doctors felt he would also need a kidney transplant, and he was nearing 60, with diabetes. His window just got smaller and smaller.”

Dean cleared his throat, “Rex never complained, at least not to me, not even the last time I saw him.”

We were quiet for a minute, lost in our thoughts. Then Dean tried to sum up, “So, if I get an excellent horse, that horse is racing for transplant people, to try to help get the word out for people to donate organs, to get on the lists or whatever?”

“Yes. In April or May, if you feel the two-year-old horse shows promise as a racehorse, my part of the plan begins. You might need to give me a little assistance.”

“This is what Rex wants me, well, wants us, to do. In May, I will contact the operators of the donor registry website. They have an online newsletter for people waiting for transplants. I will explain that a horse is about to begin racing for money to help the cause. Every week of Coupe de Ville’s career, I will post a note about the yearling’s progress. Things like where the next race is, a video of the last race, or tidbits about the sport. A diary of Coupe de Ville.”

“And a running total of how much the horse is sending to transplant efforts?”

“Yes. But Rex, God bless him, was always thinking big with his projects. He explained it to me by saying, ‘Maddy, I know the money will run out, heck, the horse might not race as we hope, but the little diary you post might spark some people to find the joy I found in racing horses. If just one new person gets the racing bug, that would be a good thing for racing and the new person.'”

The trainer’s voice showed enthusiasm as he said, “I could help by passing on names to other trainers who would be a good fit for any new person who finds the sport.”

“Exactly. Another part of Rex’s plan was that no matter how good or bad the horse on the racetrack, if people waiting for transplants find the posted columns I write of interest, Coupe de Ville racing would fill some of their days. When he explained this last project, his exact words were, ‘This waiting game is a hard road. Maddy, following my horses sure made the road a little easier for me, and finding the sport might make the road a little easier for someone else, too.'”

We moved to other topics, large and small. The horse trainer was a kind man and good company. We both shared stories of Rex. An hour sailed away. Just before we stood to say goodbye, he looked directly into my eyes and said softly, “Your Rex, he was an interesting guy, a little deeper than most, a little different… and I mean that in a good way.”

Softly, I said, “Yes, Rex was unique. He truly was. I knew he was special the day he rolled up to my parent’s house in that big red Coupe de Ville.”