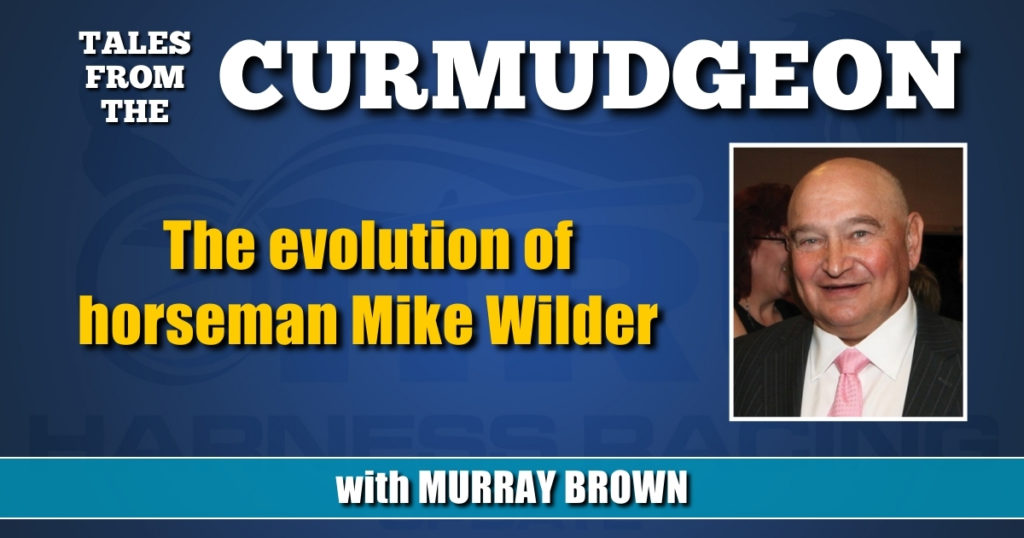 The evolution of horseman Mike Wilder

Already a leading driver at The Meadows, Wilder now is starting the transition toward training horses.

From the time he was a child, Mike Wilder knew that he wanted to become a driver. He started driving in matinees at 14, fairs at 16 and at 18 professionally at Lebanon Raceway. He began under the tutelage of his step-father, Dave Ritter.

He remains a professional driver at 48 and a darned good one. He has been the second leading driver at The Meadows for the last several years. Considering that the person he has trailed in each of those years is the sport’s all-time dash-winning driver, Dave Palone, with a number approaching 20,000 wins, that is far from a minor achievement.

In recent years however, Wilder’s motivation has changed somewhat. He most certainly wants to become as good as he possibly can be on the racetrack. But that ambition has been somewhat overtaken by his desire to become a successful trainer/owner specializing in training and developing 2- and 3-year-olds. 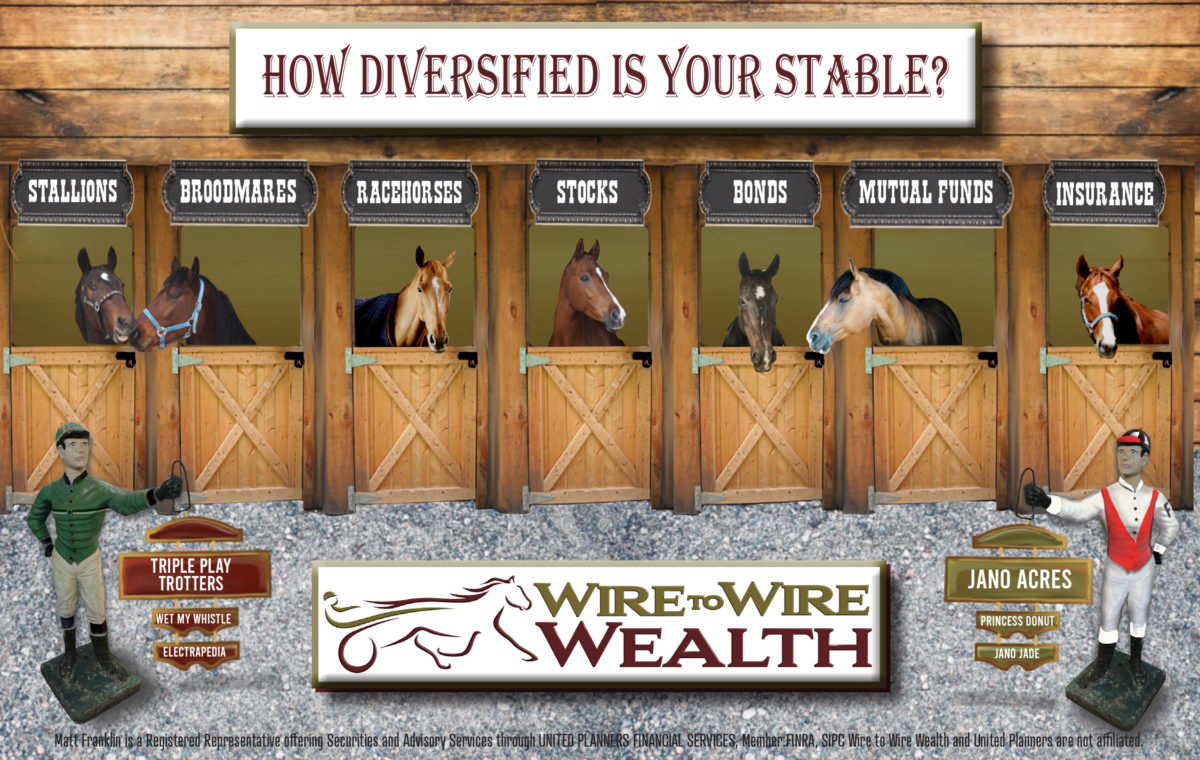 All credit towards leading him on that path goes to his wife, Heather, and his father in law, Dan Altmeyer.

To those that know Dan and his family, there are no greater role models in all of harness racing.

Mike was still at Lebanon when he and Heather first began dating. That did not work out as well as it could have if they were living closer to each other.

Love won out and in 2001 Mike took his whip, helmet and colors to The Meadows.

Mike was pretty much an unknown when he first arrived. But he was guaranteed at least a few drives behind horses from the Altmeyer Stable.

A problem was that Mike started driving at The Meadows in the winter, when Dan and his horses, all 2- and 3-year-olds, were still in Florida.

Mike considers himself fortunate that prominent trainer Randy Bendis gave him first shot behind all of his stable’s horses. That opportunity was seized upon. Mike did reasonably well and his success led to greater opportunities.

Through the influence of Dan, Heather and his experience on the track, he realized that being aggressive isn’t necessarily bad, but that it certainly did not suit all horses or all racing situations. Through a period of time and through the utilization of his father in law’s favorite term “patience,” he has become the well-rounded driver that he now considers himself to be.

Top driver? Yes. Top all around horseman? Not yet, but on his way.

As he began to drive young horses for Dan and others, Mike’s education grew. To a very great degree this was different than driving the same overnighters week after week.

The challenges were greater, but so were the potential rewards.

He had been wanting to join Dan in training and developing a group of youngsters in Florida for the last several years.

He finally took the plunge this year.

He and Heather are the part-owners of 17 head including 12 2-year-olds in the Dan Altmeyer Stable.

It was shortly after he had returned from his Florida sojourn, to as he put it “get back to work” that we spoke.

So, how was Florida?

“I loved it. Not only was every single day a pleasure, but most of them were learning experiences. It was a great time to recharge my batteries. Not only training with Dan, but also observing and learning from the terrific horsemen who were stabled at Spring Garden Ranch. You’d have to be pretty dense to be around people like Chuck Sylvester, Brian Brown, George Ducharme, Kelly O’Donnell, Charlie Norris, Chris Beaver and Howie Okusko and not learn anything.”

What specifically did you learn from training with Dan?

“If I had to sum it up in just one word, it would be ‘patience.’. Never get them to go near as fast as you think that they might be able to go. If even the slight thing away from the norm becomes evident, then back off. It doesn’t have to be consequential in the slightest, still back off. If it’s speed you are looking for, if they have it, it will be there when you need it. On the other hand, don’t encourage any negatives. Young horses will adapt habits — good and bad. Try to emphasize the positives. As soon as any negatives become evident, address them immediately.”

Heather and you are partnered on 17 horses, 12 of them are 2-year-olds. What do you think of what you have?

“Generally speaking, I’m pretty pleased. There are a few that stand out at this point, but thankfully there are none that are disappointing. With the exception of one New York bred, an American Ideal colt, they are all Ohio and Pennsylvania breds. We have five Ohio trotting colts. All the Pennsylvania breds are pacers.”

Which are the ones that stand out?

“As I said, there are no disappointments. We can still dream about each of them. But if I were asked to pick two at this point, I would say we have a Wishing Stone colt that could be special and an Always B Miki filly that looks very good. But they are just babies and babies can and often do change.”

How was life different for the Wilders as opposed to being up north racing? What did you do for fun?

“In a few words, far more laid back and relaxing. We had plenty of leisure time. We did pretty much whatever suited Heather. I’m not hard to get along with. We took lots of walks. Went out for dinner with friends regularly and enjoyed life and living.”

It seemed as though last year’s racing was more of a turnaround one for you. In addition to driving regularly at The Meadows you drove in stakes races there and on the road more often than you have in the past. What were the main differences between driving in overnights and driving in stakes races?

“At The Meadows, the racing was generally more predictable. In just about every race, I knew all the horses and who was driving them. This might be difficult to comprehend, but I thought it was generally easier to drive in the stakes races. Guys like Dexter Dunn, David Miller, Yannick Gingras, the McCarthy brothers and others are the best in their craft. You rarely have to be concerned about any of them doing anything stupid out there. The same thing applies with the horses. That doesn’t mean that our guys aren’t very good, as well. David (Palone) can drive with everyone, anywhere. It’s like Bill Parcells said, ‘You are what your record says you are.’ Dave’s record is all alone. Guys like Aaron Merriman, Tony Hall, Dan Rawlings, Ronnie Wrenn can drive well. We’ve got three kids racing here — Brady Brown, Hunter Myers and Drew Monti who will be heard from.”

For quite some time, it seems you’ve been second pick to Dave Palone for Ronnie Burke and his vast stable.

“It’s certainly been an honor and I’m very appreciative of the opportunities the Burkes have given me. One thing about driving for Ronnie, he treats his drivers like the professionals they are, in the manner in which I believe they should be treated. In the many times I’ve driven for him, he has never complained about a bad drive or an error I’ve made. I’ve sure made some. But he knows that I know.”

In the years you’ve driven at The Meadows, aside from Dan Altmeyer and Ronnie Burke, who would your rate as the three top trainers, you’ve driven for?

“There are a whole lot of good horsemen here. But if you held me to only three, I suppose I’d go for Randy Bendis, Norm Parker and Tim Twaddle.”

Speaking of The Meadows, the same people race there all year long, year after year. They are friends. Some of them are family. Do you think that this leads to less competitive racing?

“Probably a little. Its only human nature. You aren’t going to purposely harm a person’s chances of doing well that you see every day. I suppose it’s probably similar at most places where they race year around. I see some of it at Mohawk and probably a little less at Northfield.”

Your wife Heather has fashioned out her own career in the sport. How does that affect you?

“In two words, it’s wonderful. She is one of my true heroes. I’ve learned a great deal from her. Probably the most important thing is patience. She, in turn learned that from her great parents. I believe that in just about everything she’s tried in harness racing, she has excelled at. The most recent has been her great work on the Twos in Training features carried by HRU.”

You have two daughters. Tell us about them.

“I could not be more proud of them. Scarlett is in nursing school. She is also a competitive barrel racer, having reached the national finals in Las Vegas two years ago. Lauren has been accepted to Penn State’s main campus as a pre-med major. She is also an exceptional singer. The girls along with Heather are my cheering squad.”

“I’m still a very competitive person. I still want to win every race that I’m in. I believe as I have aged, I have improved as a driver. I also want there to be a successful Part 2 of my career in harness racing. I’ve started on that phase of my life. I doubt that, as long as I am able, I will ever stop driving horses. But there will probably be a time, likely not all that far off, when the bulk of my efforts will be placed in training, owning and developing young horses. It’s taken me a little while to learn this. But it’s something that I’ve discovered is both challenging and something that I love doing.”