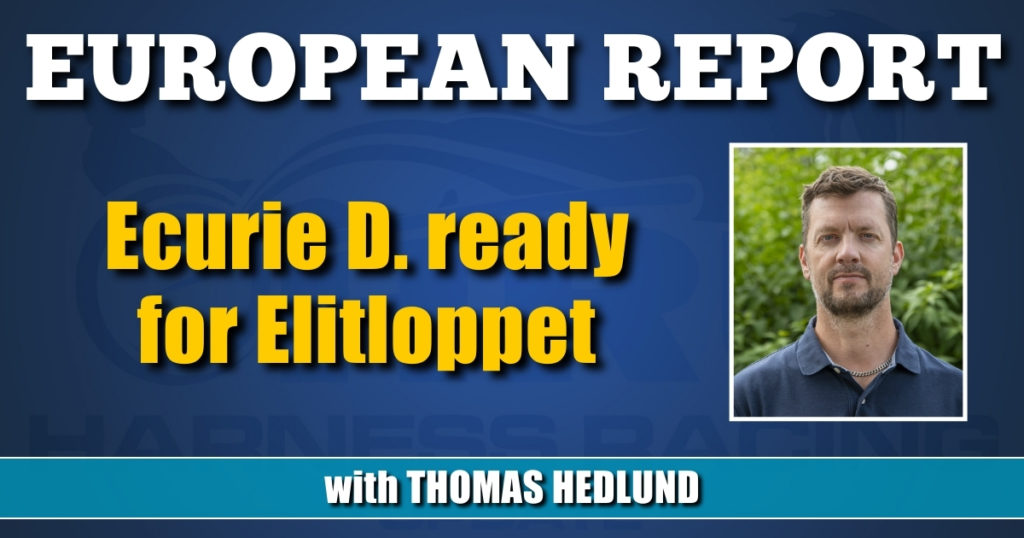 Five-year-old Ecurie D. (Infinitif), trained by Frode Hamre in Norway and driven by Björn Goop, secured a pink ticket which said: ”Welcome to Elitloppet” after a win in $23,200 Dartster F:s race at Solvalla on Wednesday night (April 7).

Ecurie D. was one of the most dominating 4-year-olds in Europe previous season and in his first start of the year, Hamre opted for an open race for older trotters at Solvalla and it wasn’t really a big surprise when Solvalla delivered a ticket to the Elitloppet to the horse’s entourage. Ecurie D. became hot stuff for the tracks’ managers after several great performances during 2020 and when the 5-year-old son of Infinitif held Milliondollarrhyme and Forfantone Am in safe distance behind him in Dartster F:s race, the spot in Elitloppet was secured.

Ecurie D. hit the lead midway into the 1.3-mile race and when in front, Goop noted that he had everything under control behind Hamre’s trotter. After a half mile in :59.3, it was tough for the opponents to reach the leader and even if Milliondollarrhyme finished well, he couldn’t challenge Ecurie D. seriously.

Zaccaria Bar finished strongly as runner up ahead of Amon You Sm.