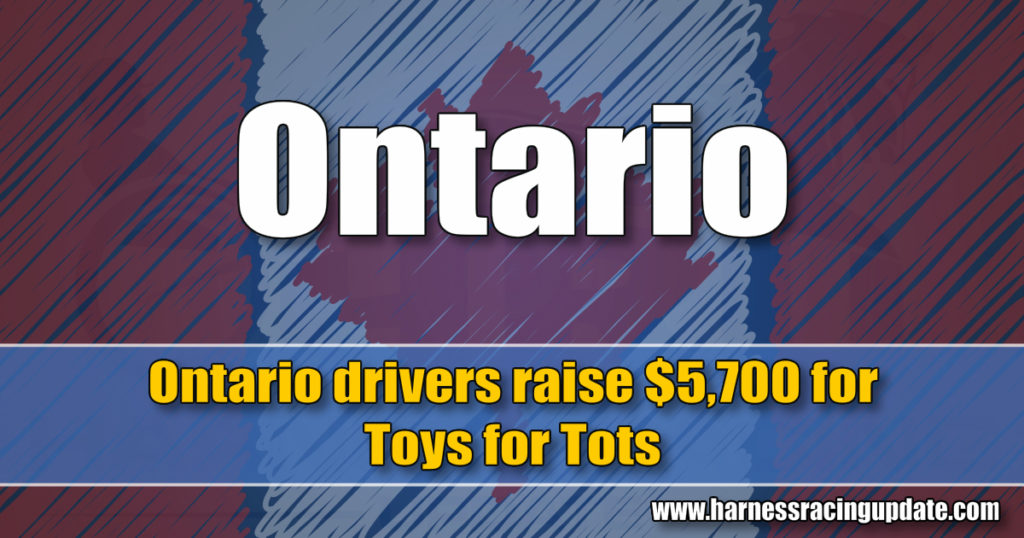 The inaugural Annual Drivers’ Holiday Challenge held Sunday (Dec. 20) at The Raceway at The Western Fair District in London, ON raised some than $5,700 for the Toys For Tots charity. Drivers donated their fees from the card and the track matched those donations.

As well, driver Trevor Henry and his wife, Shannon, organized a toy drive that took in over 300 toys.

Claus Andersen | It was a muddy night, but Ontario drivers and The Raceway at The Western Fair District raised $5,700 Sunday (Dec. 20) for Toys for Tots.

Claus Andersen | The racing community also donated some 300 toys for the Toys for Tots charity.