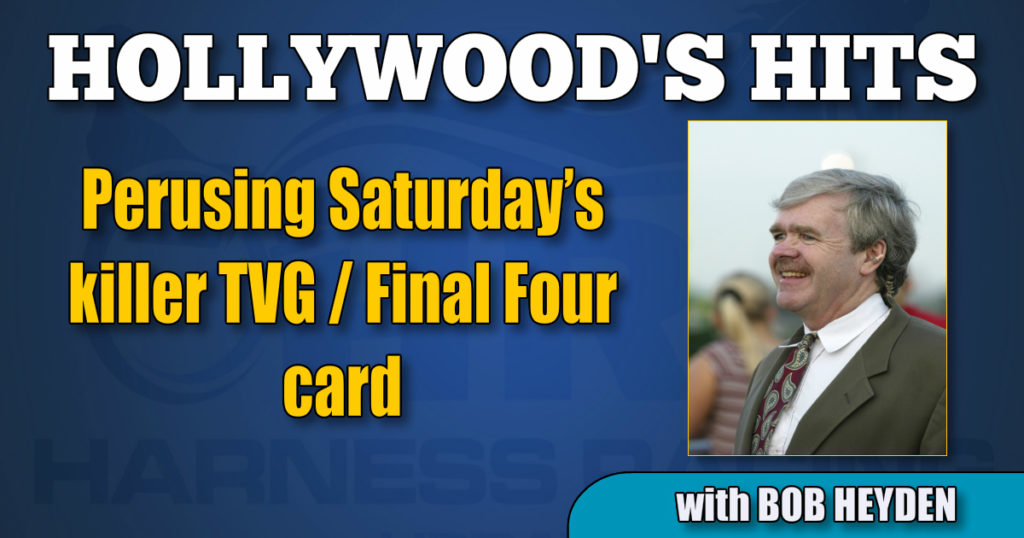 Saturday’s tremendous card at The Meadowlands will mark the first time three female standardbreds with $2.5 million or more on their cards will appear on the same race card.

Shartin N is the fastest female ever to race, Manchego is a three-time Breeders Crown winner and Atlanta is the 2018 Trotter of the Year.

Combined, the trio has a 60 per cent lifetime winning percentage thanks to 103 victories in 171 starts.

Cantab Hall is the only trotting stallion to have progeny win two 2020 Breeders Crowns and go 1-2 in a final. He is the last trotter to be named Trotter of the Year as a freshman (2003). Take a look at his offspring for Saturday’s Big M card:

Crystal Fashion is about $5,000 from $2 million lifetime. He is the co-fastest male Hambletonian elim or final winner ever at 1:50.1 and was second in the Breeders Crown.

Both Manchego and Atlanta are out of Cantab Hall mares.

Hemi Blue Chip is the dam of Atlanta and Secret Magic is Manchego’s dam.

Felicity Shagwell S is in the TVG mare trot and is from a Cantab Hall mare, too — Diaz Boko.

On the entire Saturday night card, 34 are either by Somebeachsomewhere (23) or his son Captaintreacherous (11).

Can the wild mutuel prices from the Breeders Crown weekend carry over to the last big stakes night of the year?

Remember not only was the $409.80 price for Sandbetweenmytoes a record, but the $186 the week before in the elims was the high water mark going into final weekend.

Sophomore fillies take on their elders

How will the sophomore fillies Sorella and Peaky Sneaky do versus the older set? Sunday marks the 46th anniversary of the most famous 3YO filly beatdown of the older boys — Handle With Care in California setting the world record of 1:54.4 beating not only the boys, but older males and the defending HOY Sir Dalrae, too!

Handle With Care was handled by 20-year-old Peter Haughton and was a sophomore pacing filly who would later beat the boys again (11/22/74 Hollywood Park).

What The Hill turned this trick in 2017 and nailed down divisional honors.

From Crown to TVG/Final Four

All six female Breeders Crown winners are in on Final Four / TVG Night.

Bee A Magician was the undefeated 2013 Horse of the Year. Muscle Hill was the undefeated 2009 HOY. They are the only two trotters to do this. What happens when they pair up? Voila… BEE FOREVER is in the $398,650 Valley Victory and has post 7. The Nifty Norman-trained homebred was third in the $207,570 Kindergarten final.

Anoka Hanover, the likely favorite in the $451,800 Goldsmith Maid, will be handled by 27-year-old Todd McCarthy. who is three years younger than this stake itself (it started in 1990 at Garden State Park).