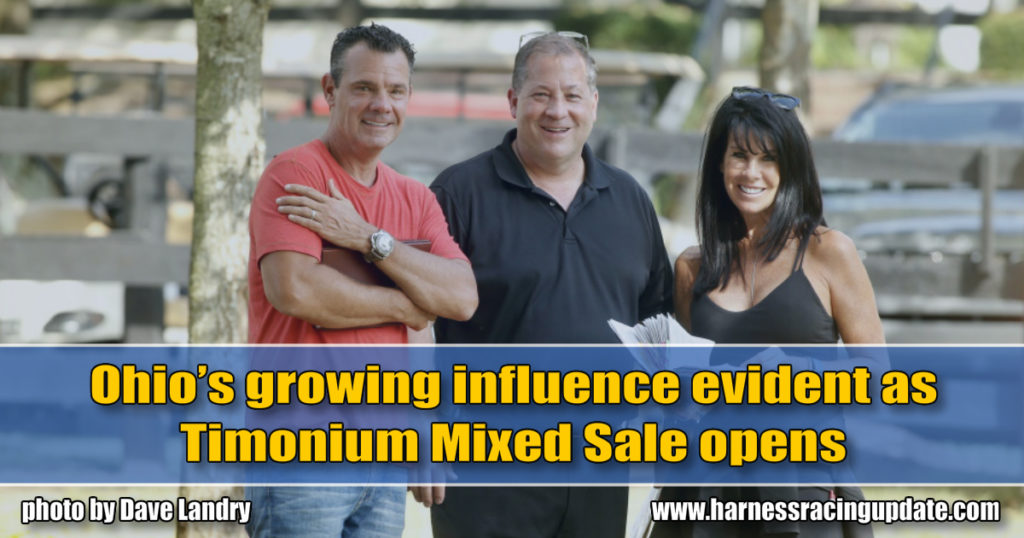 About 20 per cent of the broodmare and stallion share purchases were made by residents of the Buckeye State.

Preferred Equine’s David Reid said Friday’s (Nov. 6) opening mixed session of the Standardbred Horse Sales Auction was “okay” at best, but he did notice an interesting trend toward buyers from Ohio stepping up to purchase breeding stock.

“I would just say that the market was similar to the way it’s been all week,” said Reid, who led all consignors Friday with $1,746,000 in gross sales. “But it seems that a large portion of the horses went to Ohio.”

About 20 per cent of Friday’s purchases — broodmares, mostly — are headed for Ohio which is experiencing a boom period thanks to slot machines at its racetracks.

Though mixed sales are difficult to compare because their makeup can change remarkably from year to year, the 2019 numbers from the opening session of the mixed sale were: 329 sold for a gross of $12,459,000, an average of $37,869 and a median of $19,000. Keep in mind, last year’s mixed sale included the dispersal of White Birch Farms’ breeding stock. There were no major farm dispersals this year.

Apart from selling the session-topper, Diamond Creek also sold the second most expensive mare that went through the ring Friday — mare Live Love Laugh sold for $150,000 to Swedish bloodstock agent Robert Lindstrom, who was the session’s second leading buyer with $388,000 spent on five mares bound for Sweden.