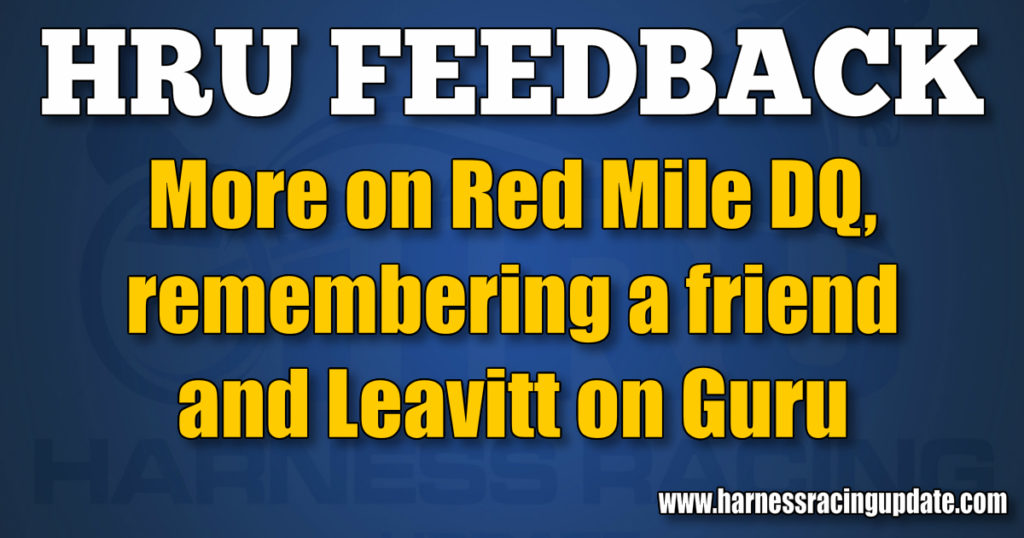 This story began 35 years ago. I had just left a prestigious job as an accountant for a Big Eight accounting firm in New York City (99th floor of the World Trade Center). I had fallen in love with harness racing as a teenager working summer jobs as a groom for Tom Tallman and George Berkner at Monticello Raceway, where my family had a summer home. Luckily for me, an opportunity presented itself to work for a trainer who raced on the Grand Circuit, a dream I always had. Much to the dismay of family and friends I said goodbye to the business world.

For the next seven years, I worked traveling the Grand Circuit. It was then that I met a fellow groom, Jack Watson. Jack was working for the powerful Continental Farms operation and together we formed a close friendship. We both had big dreams, Jack’s was to win the Peter Haughton Memorial Trot and mine was to win the Little Brown Jug, Happy to say, Jack’s dream came true, not just once, but twice, winning with Harry’s Bar and Smoke N Lantern. My dream came up a little short finishing second in the Jug final with Threefold.

The years spent traveling the Circuit together with Jack were memorable ones. Hanging out with fellow grooms, all unique characters with unique nicknames: Swoop, Indian, Wiggsy, Foot, G Money and Fast Eddie, all great guys were days I will never forget. Jack and I loved to golf and gamble. We played $5 Nassaus, too many rounds to remember, and I am glad I was able to get the best of Jack more times than not.

The golf was always great, but the ending of one story, not so much. Jack and I decided to challenge two of the best golfers in racing at the time Dan Cappello and Jeff Gregory to a match with the losing team buying dinner. It all came down to the 18th hole and a 10-foot putt that Jack rimmed out. Having to swallow our pride and pony up for the dinner, Dan and Jeff settled in at Shula’s Steak House for a $500 dinner tab.

Jack and I lost touch over the years. He continued working in the industry and I started a family and my own business. I am sad to say I just got word that Jack passed away.

The Jack Watson’s of the racing world are the backbone of the industry. I write this story thinking of Jack and asking those that take the time to read it, to think of the labor of love that grooms like Jack Watson and many others bring to this great sport. They truly are underappreciated.

Rest in Peace my old friend.

The 1-5 favorite, Lindy’s Stardust crossed the finish line first after making a break near the three-quarters pole, got back on stride after seemingly losing ground, and won the race. The horse did not interfere with any other entrant, yet was DQ-ed and placed out of the money.

I can’t imagine what the judges saw. What could the driver (David Miller) do? He complied with the breaking rule, got the horse back trotting and won the race. Reportedly Miller was told he “didn’t lose ground quick enough”. Quite a head scratcher.

Anybody who got robbed by the judges’ call in the 11th race at the Red Mile should hold onto their tickets. I’m sure that PETA would gladly finance a class action suit to recover lost winnings. Then after the Red Mile loses the case and has to cough up all that dough, maybe they’ll get better judges.

Why would tracks not have trifecta betting in five-horse races? It makes no sense! It is lost revenue for the industry. If it’s available, fans will bet on it. It may also get people that don’t bet tris to give it a try. When five-horse fields have a heavy favorite, the exacta payouts being extremely low hurts the handle. A trifecta pool would make sense due to the higher payouts. When Sorella broke in the Zweig, the exacta payout was small, but a trifecta would have been a decent payout.

Leavitt weighs in on full-brothers to stallions

Greenshoe was still racing when Maverick sold as a yearling, so he was by no means a sire at that time. Properly, the question would involve a yearling brother to an established sire, i.e. a stallion with foals already at the races, as in Ronnie’s example of the full-brother to Father Patrick, et al.

There have been a very few successful full brothers to successful sires — Conway Hall, Andover Hall and Angus Hall coming to mind — but there is one important fact to bear in mind: every horse, including full siblings, has its own particular gametic makeup. So, no two horses are identical as far as their genes are concerned, no matter how close the blood relationship is.

One personal note RE: Maverick: this kid never saw a racehorse with as much speed as Greenshoe, or another horse who burned with as hot a flame. Hoping to find the same thing in a full-brother or sister would, to me, be like expecting lightning to strike twice.

Finally, I can answer for Ronnie the worst thing any sportswriter ever said about him from his standpoint: nothing.