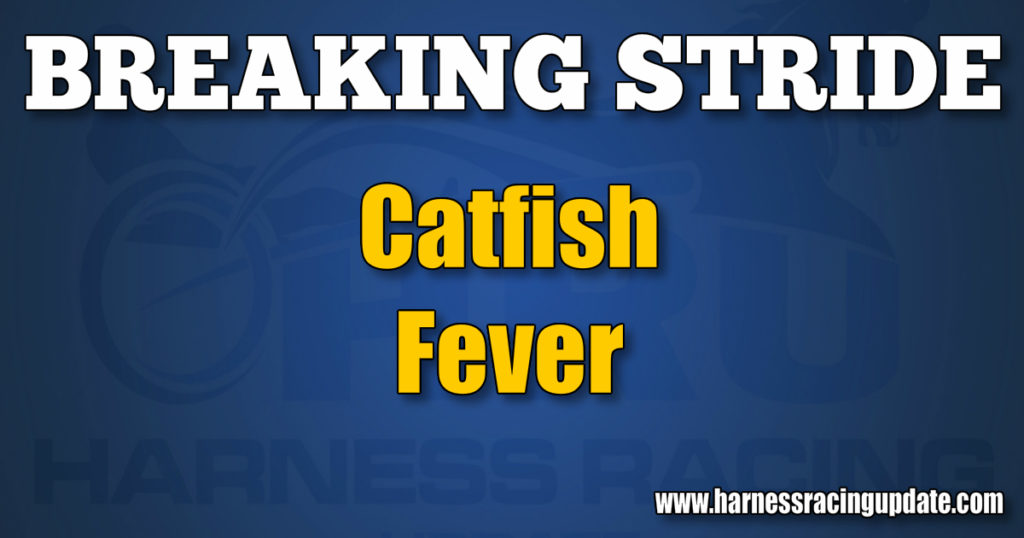 “So, last night, I’m playing some races from Scioto Downs. The driver’s colony at the track are not all household names. I see in the race program a race with three drivers named Smith. Now in Trey’s world, this should not stand. Everyone, not just the Smith lads, should have a nickname.”

David impaled a straw into the lid of his drive-thru milkshake and replied, “Shouldn’t a nickname be spontaneous?”

I piloted the Lexus onto Wilmott Boulevard, and said, “Not necessarily. Oakland Athletics owner Charlie O. Finley signed a young pitcher named Jim Hunter. Finley felt the name was a snooze. Always on the prowl for promotional opportunities, Finley informed young Hunter that his nickname was Catfish.”

David nodded, “It stuck. Even though I’m not a baseball fan, I’ve heard of Catfish Hunter.”

“Finley helped the nickname stick by basing it on fake reality. He told Jim Hunter to tell people who asked about the nickname that he ran away from home as a kid, and by the time his father found him, he’d already caught five large catfish. Finley knew the nickname did not cost a dime, the fishing story did not cost a nickel, and knew it might help market his team. Marketing opportunities came Jim’s way, and Catfish burrowed into our brains.”

I took a slug of my milkshake and asked David, “Do you have a nickname?”

“Too bad, Silicon Man, everyone in my crowd has a nickname. Giving nicknames is as close as I get to a career.”

“Is Trey a nickname?”

“Why, because you’re a third-generation son, like William Wilson III?”

“Nope, my family tree has a lot of hyphens and exes.”

“Nah. Trey came from a card game we played back in high school, a game with three cards called Thirty-One, an early ancestor of the Blackjack and Cribbage. I was always looking for someone to play for smokes or a dollar a hand.”

“Nicknames rock. They feel like secret codes, or like you are in on some private joke or story. Plus, they are memorable. How many Treys do you know?”

“Fortunately, just one.” He smiled, and after a pause said, “Your original point is that if the Smith harness race drivers each had a nickname, they would be more noteworthy.”

“For sure. Suppose one of the Smith drivers is The Blacksmith or The Panther from Pikesville. Suppose he wears all black, and in the post parade, the announcer leans into, ‘And driving number six is Tyler Smith, The Blacksmith.’ Whatever, that driver would be unique. He would have his little brand.”

“Who picks the names?”

“Anybody. In Major League baseball, they have a week each season where every single player in the league picks their nickname. The teams sew them onto their uniforms, and the announcers use the nicknames all week. Jason Kipnis is Dirtbag. Francisco Lindor is Mr. Smile. Bradley Zimmer is The Machine.”

David said, “Well, it is fun. Nicknames add another dimension.”

“They add several dimensions and are free. When snooker began to show up on television screens and gained popularity, every player had a nickname. Martin Gould became The Sheriff of Pottingham ,John Higgins The Wizard of Wishaw, and of course, Ronnie The Rocket O’Sullivan.”

“And useful. Would you like to try and remember the name of a player named Thanawat Thirapongpaiboon, or would you prefer, Thai-Namite, not to be confused with James Wattana, The Thai-Phoon?”

“Some players have multiple nicknames. Neil Robertson is equally well known as The Melbourne Machine and The Thunder from Down Under. But it is hard to top Ken Doherty with SIX nicknames, The Darlin of Dublin, Crafty Ken, Ken-do, Scarface, The Ranelagh Rascal, and Dogged Doherty.”

I nodded, “Nicknames are fun and useful, Silicon Man.”

“I’m not thrilled with that one. I prefer another one you slipped into the conversation one beery night, Major Techster.

“Done. Consider the name official. Begin changing your email signature line and re-labeling your underwear.”
He sighed, “And today started just like a normal Monday. Do you have any in harness racing nicknames?”

“Yeah, we have a few. Tim Tetrick is The Bionic Man, David Miller is The Buckeye, and Brian Sears is The White Knight. There are a few others, but my style is to go overboard, try to give every driver a nickname.”

“Moderation is fatal. Nothing succeeds like excess, that’s Trey’s motto.”

“It’s Oscar Wilde’s motto, and his life did not turn out well.”

“Thanks for the fact check. Now, go back to the baseball week. What would it cost for one week each year to ask drivers to choose nicknames, pin them on their racing outfit, list them in the programs, and have the announcers and race callers refer to them by their nickname? Trey will tell you what it would cost – nothing. What good would it do? Maybe nothing, but what the hell, it would be fun, and fun is good.”

He screwed up his face, “Doesn’t your sport seems a little serious for something like that?”

“Yeah, we are serious, deadly serious. Maybe some names stick, you never know. Any fun or clever nicknames sound silly at first, but if used enough, some will catch on, especially if they have a good backstory.”

Major Techster said, “And even though relatively speaking, your sport is not very large, marketing opportunities could happen.”

“You are correct. Dennis Boyd did not sell t-shirts, but Oil Can Boyd did. His nickname came with him from Mississippi, where folks refer to beer as oil.Nikolai Khabibulin, the first Russian goalie to win the Stanley Cup, cashed in on The Bulin Wall, and I have three old golf shirts with The Shark logos, compliments of Greg Norman.”

“I’ve been following some of these drivers for years. They are great at their craft. Aside from interviews where they thank the owners, thank the trainer, and say what a great horse they drove, I would rather have the guy enthusiastically explain why he is called The Rappahannock Rambler.”

He slurped his milkshake dry and asked, “Does it hurt to be inside your head?”

“Not much. But hey, what would a nickname hurt besides a few feelings.”