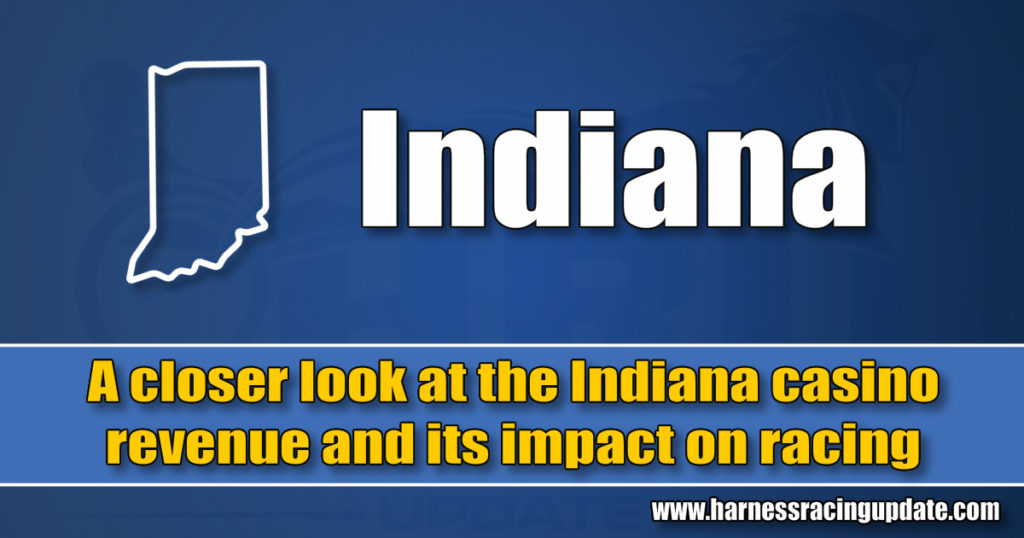 As the delayed Harrah’s Hoosier Park race meet kicked off in mid-June, one of the underlying concerns focused on casino operations at the state’s two pari-mutuel racetracks. Would slots players return once the facilities reopened in the midst of the COVID-19 pandemic? According to reports posted by the Indiana Gaming Commission, early indicators show that slots business was strong in an abbreviated month of June.

Racing stakeholders had reason to be optimistic in 2020. Table games were offered for the first time at Hoosier Park and Indiana Grand beginning January 1. During the months of January and February, Hoosier Park alone generated adjusted gross revenue totaling $19,709,152 and $20,583,764, respectively. However, the pandemic forced the closure of all casino operations in the state on March 16. Final adjusted gross revenue for those first 15 days of the month reached $9,886,990 at Hoosier Park.

Casinos remained closed until June 16, and revenue from the partial month of operation were recently made public by the IGC. Adjusted gross revenue at Hoosier Park totaled $9,670,509 in June, down slightly from March figures. While March and June figures do not represent full months, the results for last month are encouraging. As part of Indiana’s reopening plan, casinos were allowed to open their doors, but restrict capacity to 50 per cent. With that in mind, Hoosier Park’s June casino business is a great start to restoring the momentum of earlier in the year.

The strong start was not limited to Hoosier Park. When reviewing statistics for Indiana’s 13 casinos, the June numbers were similar across the board. Together, the outlets combined for $183 and $192 million in adjusted gross revenue in the opening months of the year. In June, AGR reached nearly $102 million.

Indiana’s racing industry receives 12 per cent of adjusted gross revenue from casino operations at Hoosier Park and Indiana Grand. That money is allocated to purses, breed development programs and horsemen’s associations. With three months of zero revenue (two full months and two half months) flowing from casinos, all groups had to tighten their belts and reconfigure 2020 programs to account for the loss and the uncertainty of future months. After seeing the early returns, stakeholders hope this isn’t just a short-term spike. Instead, they are optimistic that business will continue to trend upward as those seeking entertainment return.