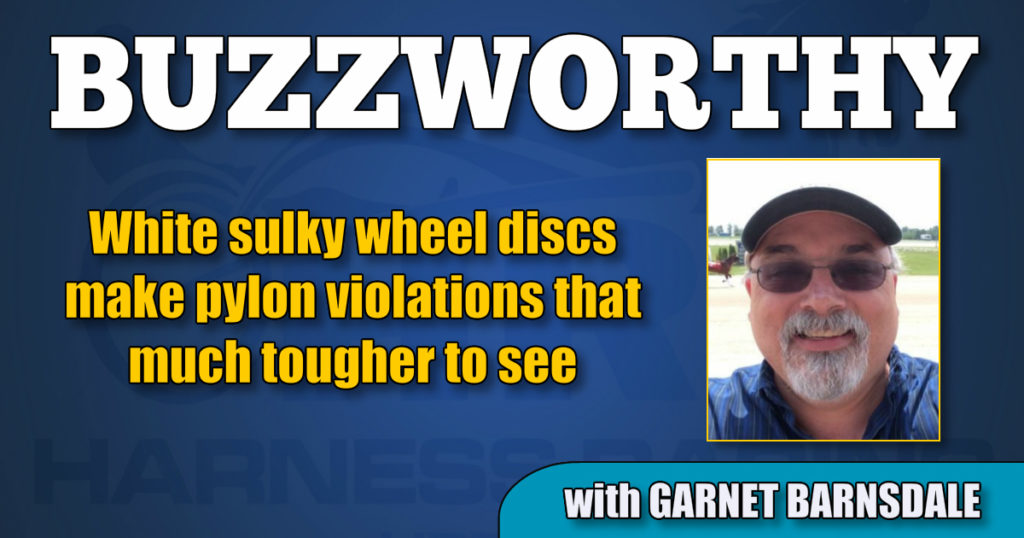 There was a bit of a buzz on Twitter last week regarding a race at Mohawk Park where it appeared the winner had gone inside several pylons in the second quarter and the discussion brought up an interesting question on whether or not the judges can even see it clearly during the running of the race.

The race in question – the 10th race on Tuesday June 30th – was won in impressive wire-to-to wire fashion by Bettor Joy A, driven by Ed Hensley (replay below).

You can easily see that Bettor Joy A runs over a couple of pylons when pacing around the opening turn. There is no violation there. The fun starts once the 7-year-old Somebeachsomewhere gelding straightens out to pace down the backstretch.

That’s when it appears as though he goes inside several pylons as noted by bettor Ryan Willis with this tweet: “I’d really like to see the cameras from that race. General Joy looked to be all over the pylons through that first turn.”

DRF Harness editor Derick Giwner also chimed in: “He definitely hit them a few times and went way inside them a few more. I’m really not sure how that is legal. Guessing the Judges were napping. Wouldn’t be the first time… won’t be the last.”

Reading all of this, I decided to watch the replay and it didn’t take me long to conclude that Bettor Joy A had indeed drove inside a few pylons in a row as he was heading to the 1/2-mile pole. So why didn’t the judges see it? Were they napping? Well, not exactly.

The definitive way to determine if there was a pylon violation that should have resulted in a disqualification was to watch the video moving it one frame at a time. When I did this exercise, I have to admit I was surprised to discover that Bettor Joy N had cleared every pylon on the backside and there was no violation.

So what’s the problem then? How can several veteran race watchers come to the same conclusion watching the race video at full speed and be so wrong? The issue clearly is the white wheel discs passing the white pylons, which cause an optical illusion and/or just make it hard to tell one way or another. This happily turned out to be a case of no harm, no foul, but can we be certain the judges get it right every time when there are white wheel discs involved?