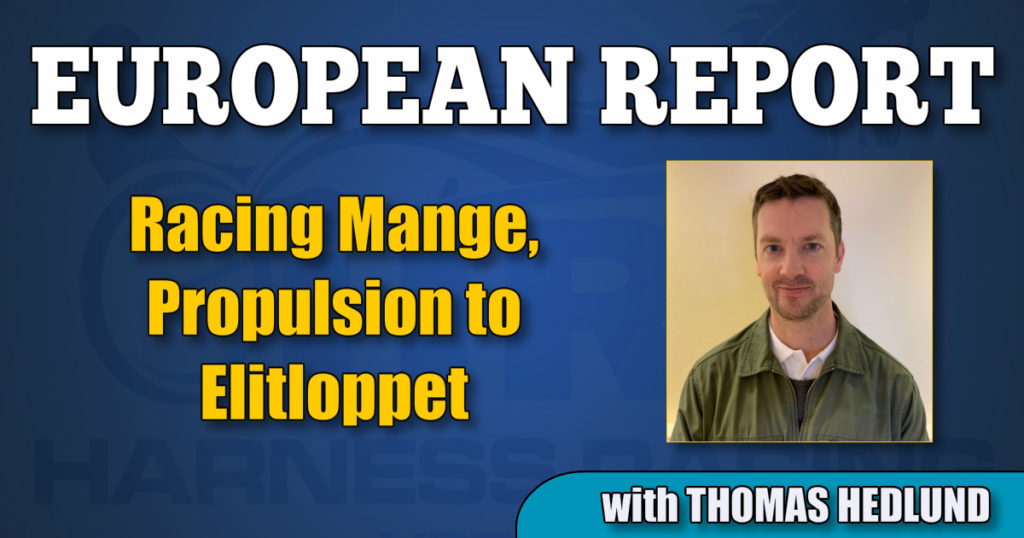 Joakim Lövgren won the 2011 Elitloppet with his German-bred star trotter Brioni. This year, Lövgren has another chance to claim the victory in one of the most prestigious harness races in the world since his Racing Mange (Orlando Vici) was best in Gävle’s Gold race with $31,000 to the winner.

Racing Mange left quickly from post four and hit the lead in the first turn, while Conrads Rödluva – who made her debut among elite horses – followed behind the leader.

Since a ticket to the Elitloppet was at stake, first choice Billie de Montfort made a great effort from second over, but the serious battle for the victory was about leader Racing Mange and Conrads Rödluva, who got space to speed in the end of the last turn.

Joakim Lövgren’s 7-year-old colt fought strongly and came home in the fastest mile in Sweden this year: 1:52.1 and the son of Orlando Vici is now set for next week’s Elitloppet at Solvalla.

Solvalla presented one more contender for the Elitloppet on Saturday night. Propulsion, with four previous attempts in the Elitloppet, will try his luck once again. The Muscle Hill son hasn’t seen a racetrack since Prix d’Amérique at Vincennes in January this year.

Three invitations remain before the field of 16 horses is set for Elitloppet and we can guess that Milliondollarrhyme, Disco Volante and Billie de Montfort are favorites to grab the last spots. Billie de Montfort’s performance in Gävle was strong and she was third, beaten by a half-length by winner Racing Mange.