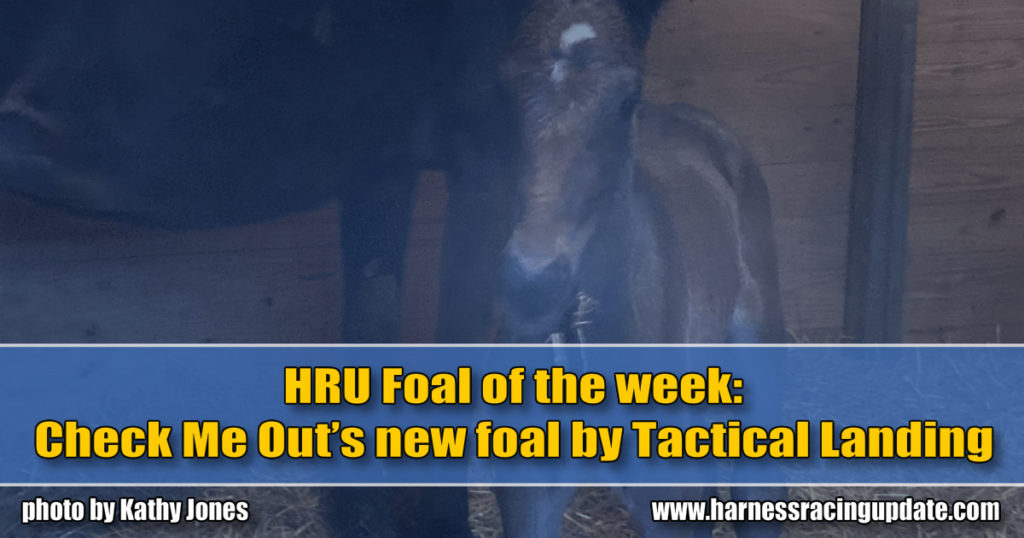 This royally-bred filly arrived at Cameo Hills Farm in New York on April 3. The daughter of $800,000 earner Tactical Landing is out of Check Me Out, a winner of just shy of $2 million on the track for Cameo Hills’ Steve Jones and the mare’s trainer and part-owner Ray Schnittker. Check Me Out had a mark of 1:51.2 and won 27 of 42 career races, including the 2011 Breeders Crown for freshman trotting fillies, the Merrie Annabelle, the Elegantimage and the Delvin Miller. This is Check Me Out’s fifth foal. 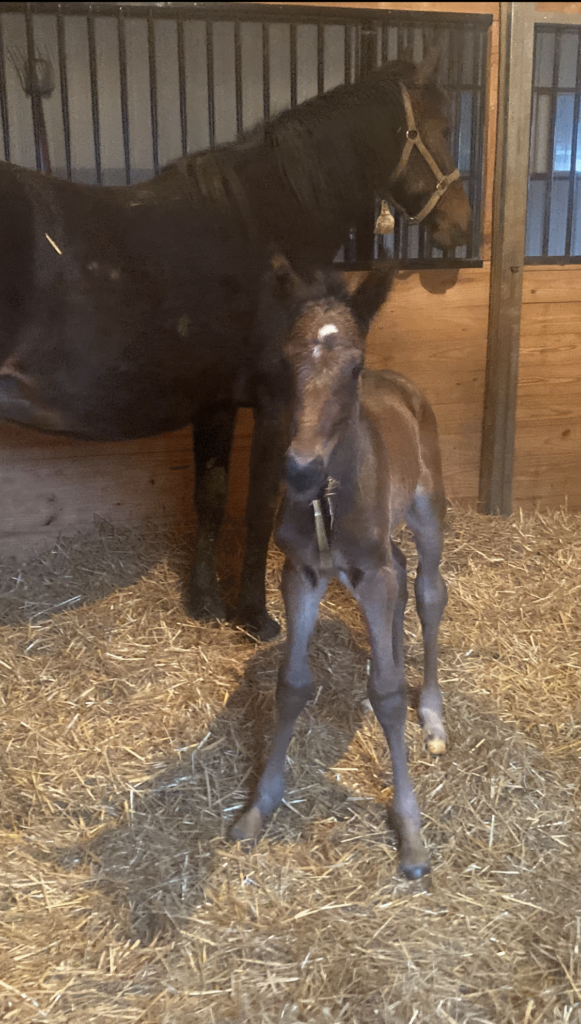