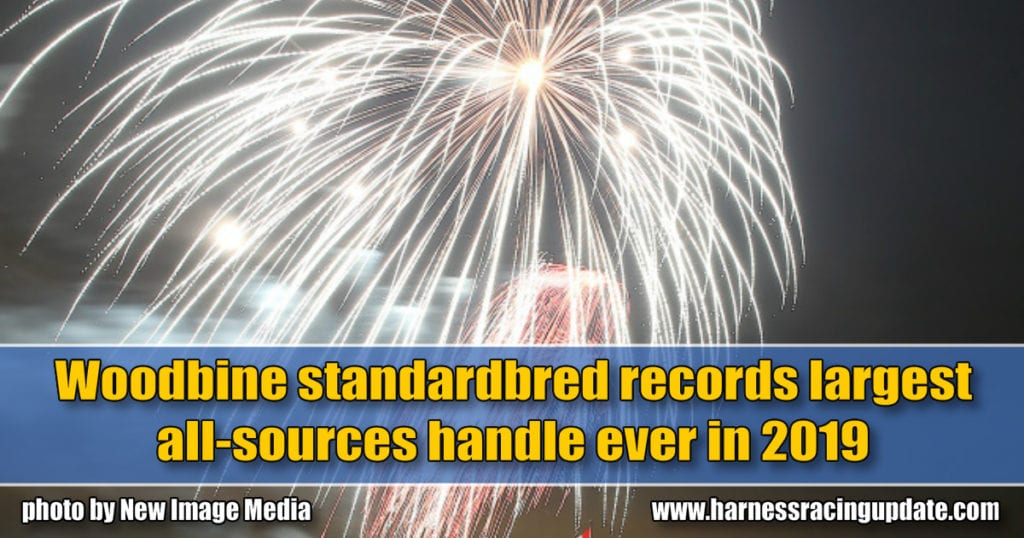 Record foreign wagering, which was up more than 15 per cent in 2019, drove total handle to just shy of $365 million.

Woodbine Entertainment announced today that the 2019 standardbred season produced a record all-sources handle of $364,639,490, the highest in Woodbine standardbred history.

“This was our first full year of harness racing at Woodbine Mohawk Park and it proved to be very successful,” said Jim Lawson, CEO of Woodbine Entertainment. “We look forward to building off our successes in 2019 as we fulfill our vision of being the top standardbred racetrack in the world.”

Home Market Area wagering held steady by coming in at $88 million for the second consecutive year.

The 2019 racing season at Mohawk Park was highlighted by the 36th Pepsi North America Cup on June 15 and the return of the Breeders Crown on Oct. 25 and 26.

The Pepsi North America Cup saw a new stakes and Canadian record of 1:47.2 established by Captain Crunch, who gave driver Scott Zeron and trainer Nancy Johansson each their first North America Cup title. Handle on the $1 million race increased 3.5 per cent from 2018.

The $6 million (USD) Breeders Crown, presented by Libfeld-Katz Breeding Partnership, brought the best in harness racing to Mohawk Park for 12 championship races. The two-day event generated a total-handle of $6.6 million, a new record for a Breeders Crown held in Canada.

The past year also saw the completion of a $6 million paddock expansion project in October.

The 2020 season at Woodbine Mohawk Park will be headlined by a pair of $1 million races, with the 37th Pepsi North America Cup slated for June 20 and the inaugural Mohawk Million set for Sept. 26.

A total of 222 race dates are scheduled for 2020 at Woodbine Mohawk Park. The season kicks off Saturday evening with an 11-race program. Post time is 7:10 p.m.