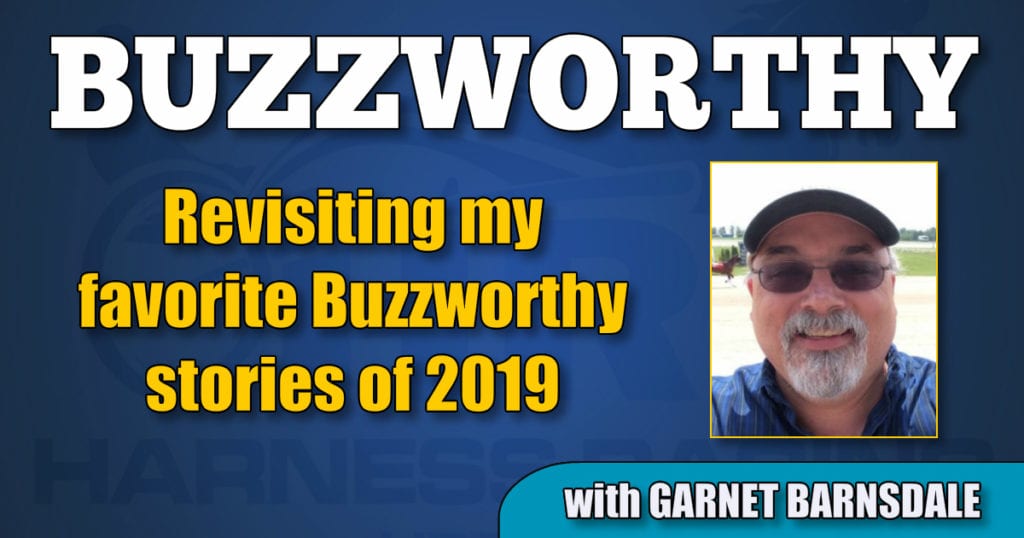 Revisiting my favorite Buzzworthy stories of 2019

With my home track Woodbine Mohawk Park dark for a few days for a post-Christmas break, I took some time to reflect on some of my favorite stories that I wrote about in this space as we rapidly approach the 2019 wire.

It’s hard to top, for a Canadian, not only being there at the Meadowlands covering the Hambletonian for various media outlets and predicting both in print and on a live radio broadcast before the final that Forbidden Trade would win and seeing it come to fruition.

It was a special feeling witnessing local driving star Bob McClure win the sport’s biggest race in his debut and having a decent bet on the son of Kadabra at 15-1 added to the fun!

I got the chance to speak to Kadabra’s owner David Heferring, who was obviously thrilled that his stallion – which stands at Heferring’s Tara Hills Stud – won the sport’s most important race.

“This was a horse that my father picked out,” he said of Kadabra. “He got a bunch of guys to go together to buy him, and you know, he’s really worked out well for Ontario and we’ve had a lot of support from both Canadians and Americans.”

He added that his father Peter – who died in 2012 – would have been elated.

Also high on my list of enjoyable Buzzworthy topics was veteran horseman and octogenarian Bill Megens driving his homebred Angus Hall gelding Willyorwonthe to a lifetime-best 1:54 score in the preferred 2 at Georgian Downs on July 2.

Megens – who, as the sole owner and trainer, has now collected the bulk of Willyorwonthe’s earnings of more than $350,000 – seemed less impressed with his exploits than I was.

Ben Baillargeon, one of the perennial top trainers on the Mohawk Park circuit, also had a nice story to tell and his daughter Sara told it well in my column about their open trotter Musical Rhythm.

The Cantab Hall son out of the Valley Victory mare Musical Victory has been an exceptional performer, with 36 wins taken from 91 starts and more than $888,000 earned, but he suffered several physical setbacks in the spring of 2018 and wasn’t expected to race again after undergoing four medical procedures.

That changed in the fall of 2018 when Baillargeon decided to throw a harness on his stable star – nicknamed “Marty” — and “take him for a walk”. Walking led to jogging and eventually Musical Rhythm climbed back to the top of the preferred trot castle, winning six straight starts in Mohawk Park’s top class this spring.

Sara explained why Musical Rhythm’s comeback gave her and her dad so much joy. “Marty is the most important horse for us because he has touched all of us and he’s such a fun horse to be around because I’ve never seen a horse who enjoys his job as much as he does,” she said.

It’s always fun reporting on young up-and-coming human stars and in 2019 I wrote separate columns on the exploits of drivers Ron Van Wagoner, Austin Sorrie and Scott Young all of whom bear watching in 2019.

All in all, it was a fun year writing about horses, people and events that caused a buzz in the harness racing world. If you’d like to read any of the columns mentioned above (or any others from 2019) you can access them all here.

I thank you for reading, providing column suggestions and feedback and I wish you all a healthy, happy and prosperous New Year.