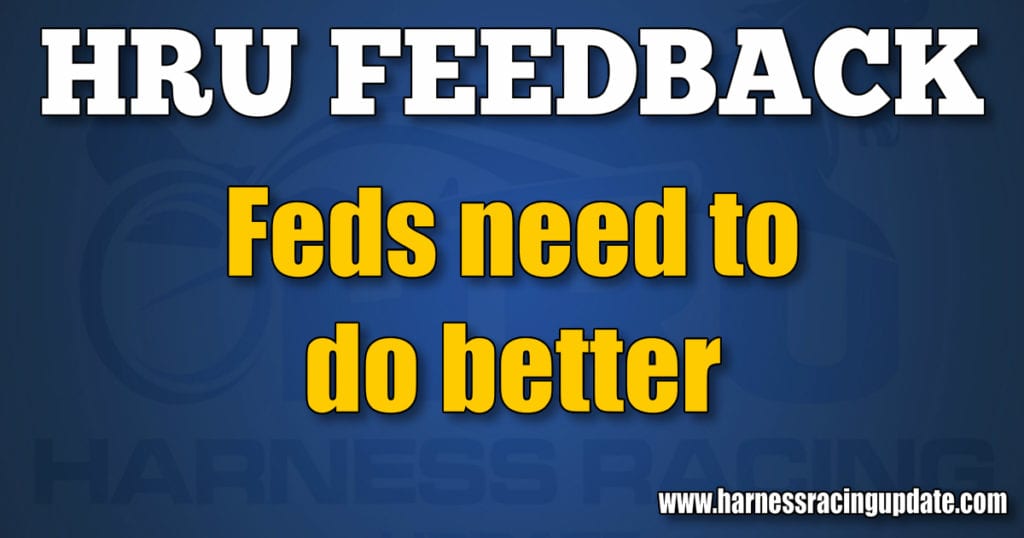 Feds need to do better

When is government going to stop taking and earn their keep for what they are generously compensated for?

It wasn’t all that long ago that horse racing in Canada was the only legal form of gambling. Since then and still today the government has taken their cut of the gambling dollar through taxes from each day’s handle at each track right across Canada. Sure there is the Canadian Pari-Mutuel Agency and each province has its own agency that regulates each province, but in my opinion there is a lot of people earning a wage but do nothing for the sport.

I believe that all provinces should be an arm of one federal office that polices and regulates the sport and an appointed commissioner be at the head to rule over all three breeds that race in Canada. Any performance enhancing drug offences would now be a federal offence punishable with jail or prison time and licenses would be suspended for life. Ottawa could have a world class lab with enough lab technicians to test samples quickly with punishment handed down just as quickly. Now this might sound like a pipe dream but the reality is both provincial and federal governments have used horse racing tax dollars to fund other agenda items and have done nothing more than provide lip service about how important horse racing is while raping the cash cow tax pool.