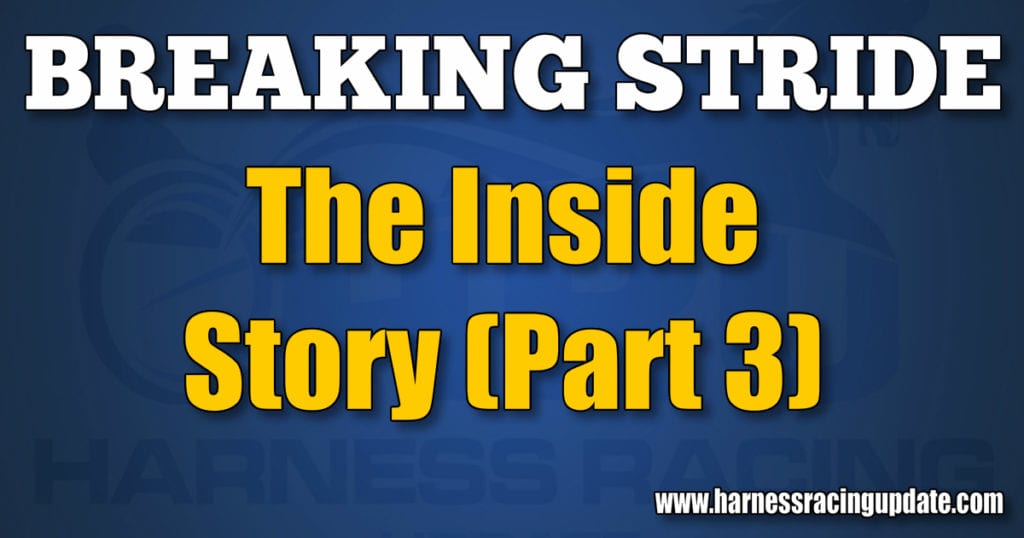 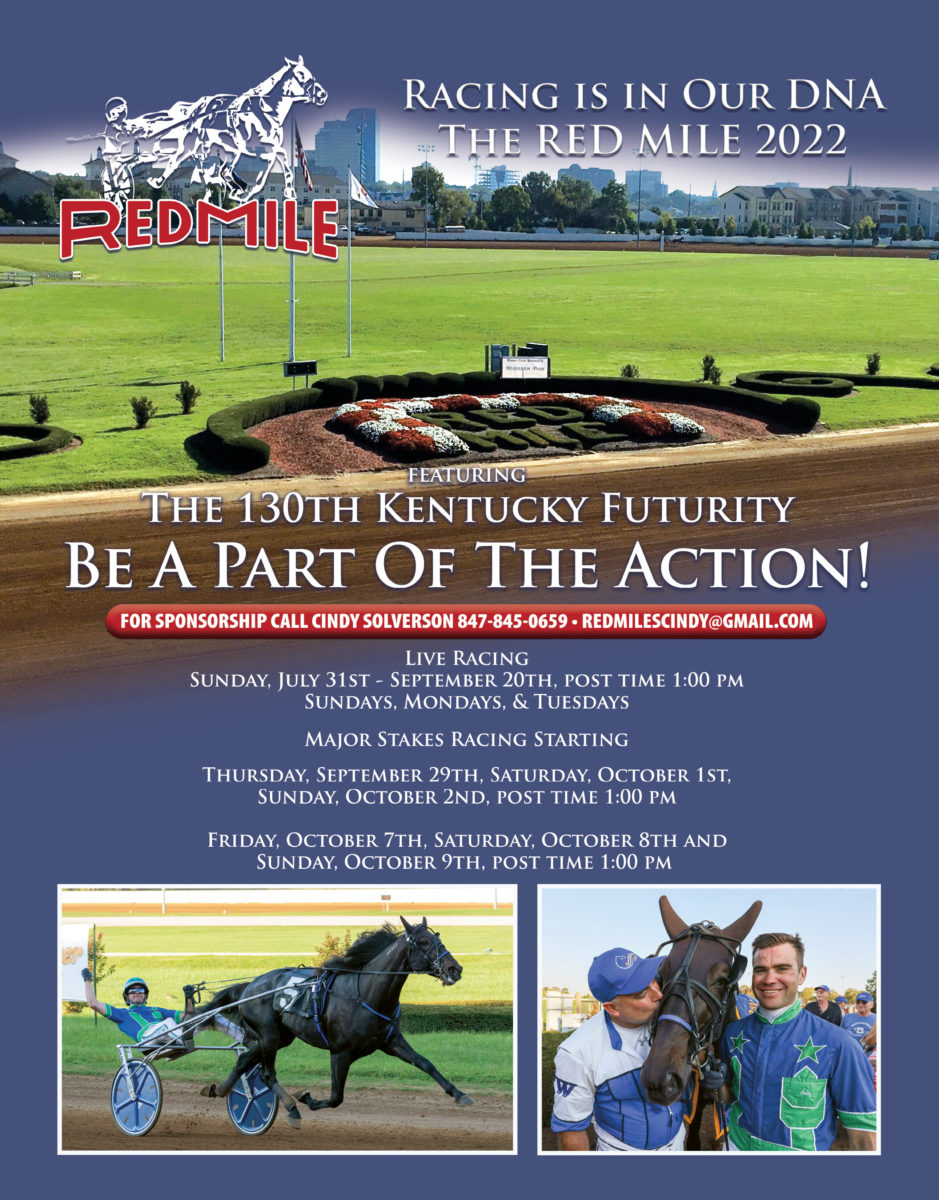 Editor’s note: This is the third and concluding part to a mini-series that originally appeared in Breaking Stride:

The series was never finalized due to the fault of the editor, not the writer. Given that the first two parts originally ran in October, it is recommended you read those two parts first before you read this one.

Controlled by an ancient instinct for survival, most horses are born at night. This colt was no exception. On a warm evening, on a beautiful farm in central Ohio, a pacing colt silently slipped into the world. He drew his first breath as his mother nudged him with her velvet nose. After a few minutes, the baby wobbled to his feet, teetered, and fell gently into a fresh bed of straw.

The colt did not stay down long. He struggled back to his feet and took an uncertain step towards his mother. Over the next year and a half, he grew tall and strong. His world began to change, first with the bewildering separation from his mother and then his rude introduction into a herd of strange horses.

Occasionally, humans entered the paddock and placed a halter on his head, examined him, and fussed over him. One day he was haltered and led into a paddock where a camera filmed him romping around.

A few weeks later, two men leaned against the fence and began speaking –

“Let me ask you this question…”

My partner and I might not sell him, but there are several reasons he is for sale and reasons we did not consign him using the traditional procedure and time frame.

We prefer to race one horse each season. We also prefer to race a trotter. We already have a trotter for next season. Our financial picture was not clear until our 3-year-old trotter finished his race season and sold. We are leaning toward the breeding side of the sport. Our long-time trainer is winding down and may not be available or have room.

“Where was the yearling raised?”

Marvin Raber Farm in Ohio. The name may be unfamiliar, but it is a top-flight breeding farm that has raised many fine horses, including Grand Circuit horses. The colt was raised in a herd of horses, under watchful eyes, raised correctly. This year at the Ohio Select Sale, the Raber consignment had the top average sale price.

“Why did you choose this sire and this mare?”

We purchased the mare at an auction in New Jersey as a yearling and we raced her. She was a tenacious mare with bad luck on the track, including being the victim of a very bad racing accident when a horse fell in front of her. She earned over $70,000, but we believed she was much better than her record showed. She is a good-sized, nice-looking mare, so we took a plunge into the breeding side of the sport. This was the first mare we retained for breeding. We sold her first colt (Ponder) at auction for $17,000. We sold the second (another Ponder, a filly) privately, as a weanling. This third foal is TBD.

The sires are interesting stories and taught us several lessons. Lessons that remind us of the Rolling Stones, “You Can’t Always Get What You Want” (but if you try, you might get what you need).

The first sire we booked for our broodmare was a nationally-known racehorse, a hot new prospect on the breeding scene. This new sire proved to not be so hot in the fertility department, so after several tries, late in the breeding season, we shifted to Ponder. When the first Ponder looked so good at birth, we went quickly to Ponder again.

For the third breeding (this colt), the same thing happened as the first. We booked the mare to another hot new prospect stallion. He was not catching mares. So, again at the last minute, we looked across the fence at Marvin Raber’s farm and saw The Panderosa frolicking on the hillside. We did another Hail Mary breeding and got this terrific-looking colt. Sort of Karma.

“Go deeper into the mare’s family.”

You can, and should, research this on your own to double-check my math. You will find some unique information. In the family (the dam of our mare, her foals, and the offspring of her fillies) you will find 11 foals. Nine of the foals raced and two are promising 3-year-olds in training. There is a strong possibility that this spring the family will have 100 per cent production, good production.

The nine that have shown up on the racetracks have performed well and two are still racing. Freddy Day Hanover was the top horse in this family with 49 speed and over $340,000.

“Any other relevant information?”

The colt had a minor procedure to remove umbilical cord impaction when he was a baby. The farm reports he was a handful when brought in for filming the video. He is not yet broken or gelded. His name is obvious since he was the third foal from the mare. If you are looking beyond stakes racing, this family tends to be durable.

Yes, we anxiously waited to check on the results of the first foals from our broodmare and from her sister. They both currently have their first foals racing their three-year-old seasons. Both foals from the 2017 sale were impressive and are still racing.

“What is your asking price for this horse?”

Placing a value on a yearling is a tricky business. There are many factors to consider, such as the sire (The Pandersoa), the state racing program (Ohio), and sales averages of others in the family (high teens). If you value second dams and prefer colts, Fan Club Hanover threw out Freddy Day Hanover and Fangled Hanover. Both of these colts were good-sized and muscular, as is this colt. Putting this all together, we have decided that we will race this colt if we do not get a “let go” offer in the upper teens.

If interested in taking the lines on this story, e-mail oujim@aol.com.

“So, in one barn or another, the story of this colt will continue?”

Absolutely, the story of Third Edition will go on.