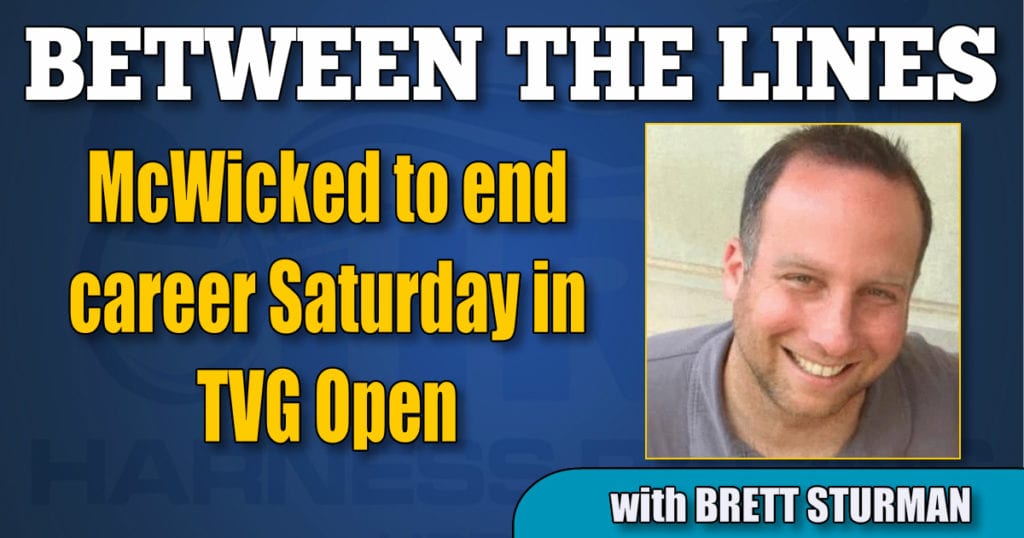 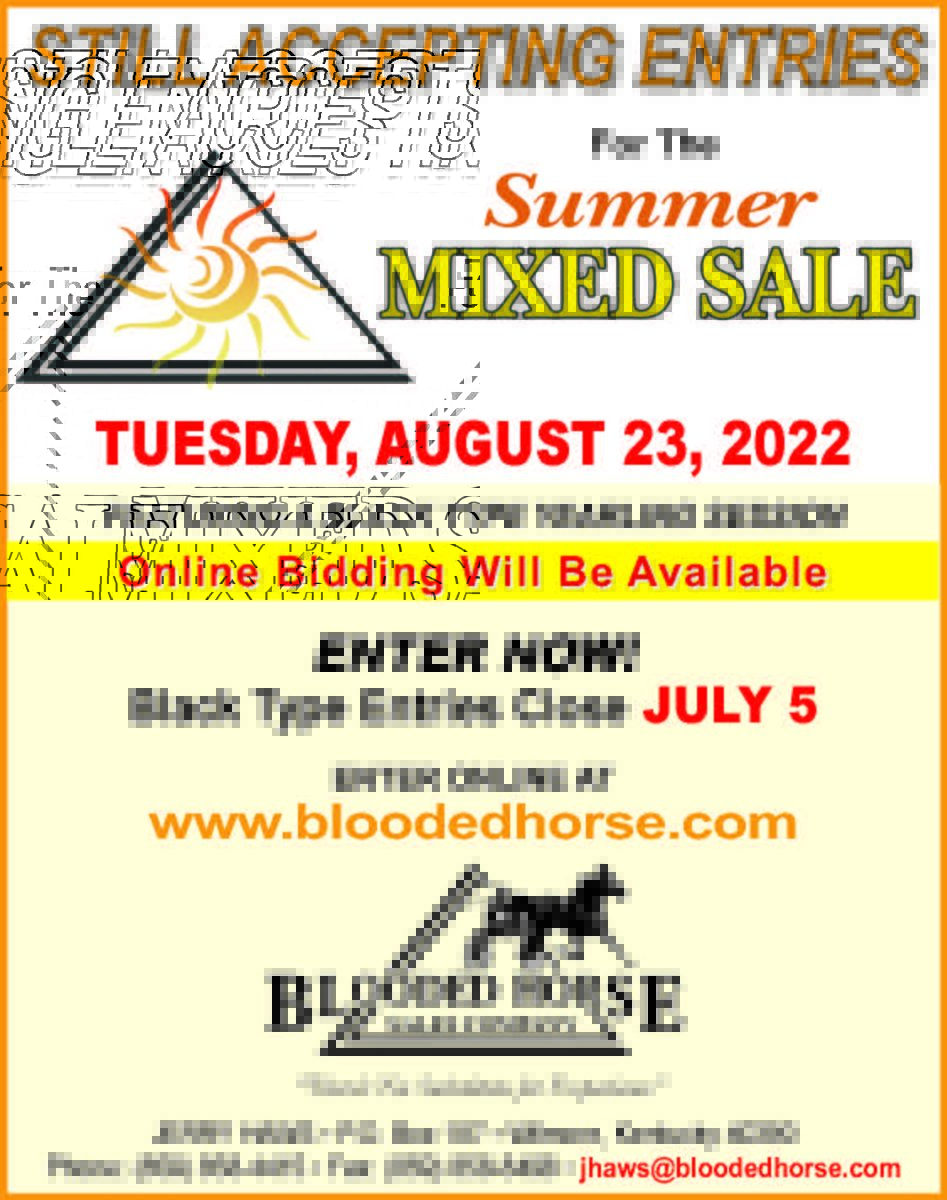 The reigning Horse of the Year in the U.S. and Canada has many offers to stand stud.

En route to concluding another season that’s seen McWicked amass $1 million in seasonal earnings and hit $5 million lifetime, depending on the source, there hadn’t been much of a public indication that McWicked wouldn’t be continuing next year for another go-around at age 9. But it was announced Thursday morning via Facebook by trainer Casie Coleman that Saturday’s TVG Open Pace will be the final career race for McWicked, who is owned by Ed James.

“It just got decided this morning by Ed,” said Coleman via phone. “For the last two years, he’s had lots of offers to go to stud on the table, but Ed wanted to keep racing; he loves watching his horse race.

New Image Media | Trainer Casie Coleman said her favorite of McWicked’s many career highlights was this victory, with David Miller, in the 2018 Canadian Pacing Derby.

“I almost thought that he was going to race him again next year. Originally, we were racing in the final of the TVG to see how he did there and then make a decision afterwards whether we’re going to stud this year or going to race again. That was the original plan. And I really did think that we were going to race next year but I guess being off a little bit — he got beat in the Breeders Crown and then he came up sick — the last thing we want to do is cheapen him if he’s not winning at the top of the level. He’s had a great season still. He’s made a $1 million, but we’ve got to face the facts, he’s turning nine now, so it’s not going to get any easier for him because of his age, and Ed called me this morning and said that Saturday is going to be his last race, that’s going to be it.”

Retiring as both the second richest pacer of all-time (Foiled Again) and the third-fastest horse (Always B Miki, Lather Up) of all time with a 1:46.2 mark taken last year at age 7, McWicked figures to have every chance to be a top stallion. For the next phase of his life, Coleman said that it’s currently undecided where McWicked will go to stud at.

“He’s got a lot of different options on the table. Basically Ontario, New York, Ohio, New Jersey, a bunch of people are contacting him, including Australia and New Zealand, where it looks like he’s going to do double with Down Under, also. But nothing’s been decided, yet. Ed is going to now start talking to some of the stud farms who have been calling over the past couple of years and now that he’s ready, we’ll meet with some of them Saturday night at the Meadowlands and others throughout the week. I’m sure he’s going to be busy trying to decide where the best place to stand his horse is.”

With 40 wins through 109 starts, McWicked’s career earnings through Standardbred Canada’s TrackIt shows $5,086,646, though USTA records show $4,914,342. The difference is that Standardbred Canada reflects earnings at par and the USTA converts Canadian earnings to U.S. currency. McWicked would go over $5 million by USTA records with a 1st or 2nd in the $350,000 TVG Open. Last year’s Horse of the Year in both countries, the accolades and list of stakes accomplishments are too vast to list out individually. One race for me personally that stands out from earlier in his career was his world record 1:47.3 win in the Hempt as a 3-year-old. Being able to witness that race up close in person, you knew that you were watching a truly special horse.

For Coleman, it’s similarly hard to pinpoint just a single memory that stands out.

“He’s had so many big races that it’s hard to put it down to just one. That horse, every time he steps on the track, gives it 110 per cent right to the wire, but I’m going to say the Canadian Pacing Derby when he won that last year,” said Coleman. “I’d never won that race and wanted to win it so badly. It’s my home track, and he was the underdog with everybody on Lazarus. And to win that race the way that he did by open lengths that was pretty exciting. He’s had so many great, great wins, but if I had to say one it would definitely be the Canadian Pacing Derby last year.”

One trademark of McWicked has been his consistency and toughness through the years while always competing at the sport’s highest levels. “I’ve had a ton of world champions and great horses, but him being the age he is, he’s had that foot issue his entire life,” said Coleman. “I’ve never been shy about telling people about his foot issue. He’s had it since I’ve had as a 3-year-old, it’s a constant battle. Many times he was wearing a bar shoe when he raced, wires in his foot, patches on his foot; he’s a sound horse besides that foot, but that foot caused us a lot of grief and it was always an issue. He’s had a lot of first over battles and he’s had a lot of shipping with always racing in Canada, in the U.S., and all over the place. You name it and he didn’t miss any big dances, he went everywhere. And to do what he did, day in and day out with all the shipping and hard trips, he’s just a phenomenal horse. And anybody that wants to see him Saturday at the Meadowlands for his last start, he’s carries his weight well, he looks great, he’s in great flesh, and he’s always been a horse that looks phenomenal.”

As Coleman alluded earlier, McWicked enters the TVG in form less than what he was in early October when he won the Allerage and the Dan Rooney. But McWicked has bounced back in spots precisely like these before and a horse of his caliber can never be counted out.

“He trained great this week, his blood is way better, he drew good finally,” said Coleman. “I wouldn’t race him if he wasn’t right or on his game, but he’s not the killer McWicked, the midsummer McWicked right now, but he’s definitely someone they’re going to hear from, I have no doubts, he’s going to put on a good performance. Obviously before with the sickness I’ve had him on antibiotics for five days, I couldn’t train him, he hadn’t raced for a month so there was just a bunch of stuff going against him. But he trained up this week and his blood was perfect this week, so I hope and expect that he’ll put in a pretty good effort.”

Coleman said she enters the TVG with mixed emotions. “It’s a bittersweet end in that it’s awesome for the horse to be a $5 million winner and he gets to go out on top like he is, but it’s going to be sad not having him in the barn, that’s for sure. That’s not going to be an easy stall to fill.”