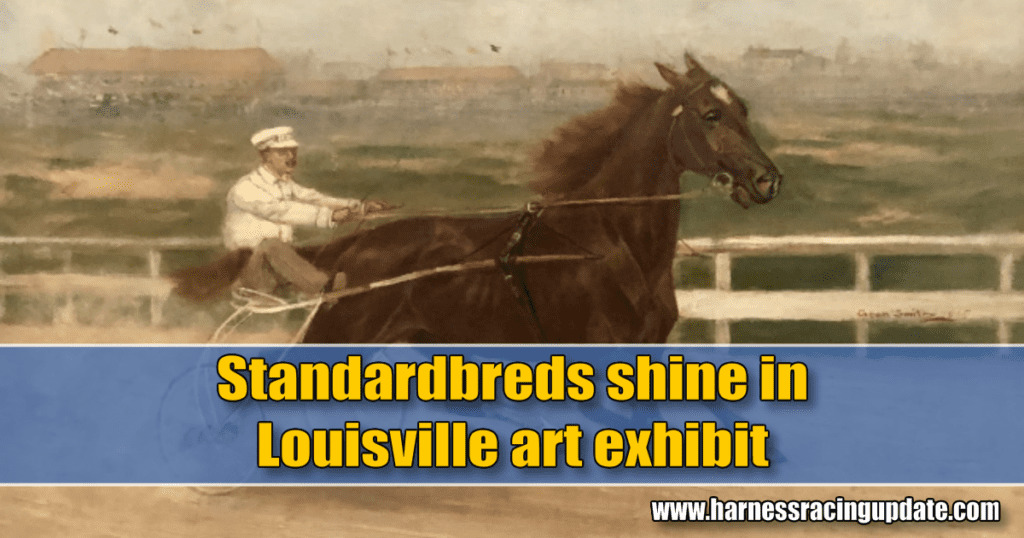 Richard Stone of Kentucky has arguably the finest private collection of harness racing art in North America, so it’s no surprise that 13 items from his personal collection will be featured when the Speed Museum in Louisville opens its “Tales From The Turf: The Kentucky Horse 1825-1950” exhibit on Nov. 15.

It’s a coup for harness racing that Stone’s trotting treasures are included in the exhibit at a museum that is not far from the home of the Kentucky Derby. There will also be standardbred items from other private collections as well as from the Harness Racing Museum.

Stone’s contributions to the exhibition include paintings of Lou Dillon, the first 2:00 trotter and the champion trotter Major Delmar.

The Speed Museum exhibit will be the “first exhibition to examine Kentucky’s relationship to the horse through art.”

It features paintings, sculpture, photographs, drawings, prints and manuscripts to convey the role of the horse in the Bluegrass State.

The exhibit information says, “Tales from the Turf begins when Kentucky was still the edge of the western frontier and early breeders looked for models to the gentleman farmers of Virginia, who, in turn, looked to the British aristocracy as their own models in business and collecting.”

Stone has spent his lifetime amassing his collection, scouring antique shops and online listings regularly in a never-ending search for harness art and books.

He started when he was a youngster growing up on Long Island and frequenting the tracks there. He expanded his collecting efforts when he was working as a caretaker for such noteworthy stars as the former world champion juvenile Alert Bret.

Stone served as the yearling manager at Castleton Farm in Lexington for more than two decades. Living and working in the Bluegrass allowed him to scour antique shops and develop sources for equine art. He was an active participant in the art auctions that Harness Tracks of America held in Lexington for many years.

Stone’s painting of Lou Dillon shows the fast but temperamental mare in full flight and was done by Gean Smith, an artist born in New York State in 1851 who later moved to Chicago at age 20 and began to focus on equine art. He ultimately moved to New York City.
Lou Dillon came from her roots in California to travel east and record a 1:58-1/2 mile in 1903.

The Alexander Pope portrait of Major Delmar shows the grand trotter posing on a track, as was often the artistic style early in the 1900s. Pope (1840-1924) was also a carver of great renown and his works hang in the White House, Metropolitan Museum of Art, and the National Wildlife Museum, among others.

In addition to the paintings used with this article, Stone is lending the Speed Museum:

The Speed Museum is a world-class art facility and the equine art exhibit, which continues until March 1, will be showcased in a special exhibit area at the museum.