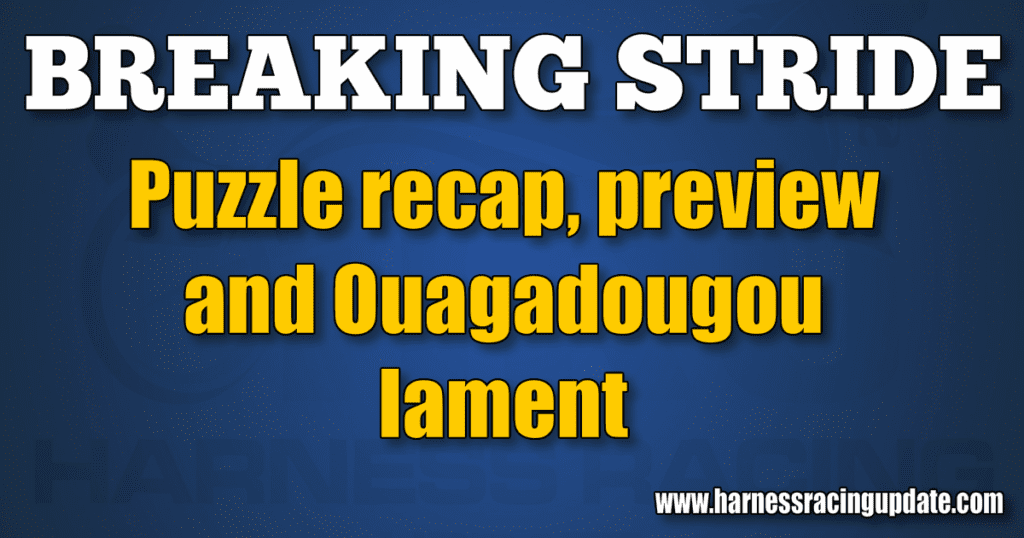 Puzzle constructors circa 2020 must battle Google, Siri and Alexus, a powerful trio that renders knowing the answers to arcane trivia and problem solving a lost art.

Constructing the puzzle proved difficult. Challenges that are too stiff or too simple are not much fun. Finding a happy medium is the goal. Complicating the creation of the dam family game was that a huge percentage of yearlings have Hanover as part of their name, or are named something Hall, something Hill, or something Yankee, etc.

It will be interesting to learn if any of the dozen winning vouchers are in play at Lexington. Tip of the cap to Diamond Creek for participating in the lunacy.

Speaking of lunacy, several implausible adventures and ventures are in the works. The relevancy of these rambles will hold little relevance for serious participants in the sport of harness racing. Irreverence and irrelevancy are the beacons as we strive to be an island of flippancy and frivolity in a somewhat staid sport.

Among the esoteric trips offered for future installments are: more contests, Batman will return for real-life adventures with real horses, a movie script, and unorthodox yearling sales strategies. Then there will be: a musical group, psychological considerations, stallion selections for the fringe player, gambling advice, peripheral business opportunities for the industrious harness racing fan, a series called six ways to try for the fiscally challenged horse racing participant, scenes from a play, and unique methods to lure new gamblers and owners.

At this point, an interlude to present something that continued to pop into Trey’s mind over the course of composing the Dam Family game is an antidote that demonstrates how possessing arcane knowledge is a pleasure disappearing under the crush of technology.

(Please note, the next several paragraphs, WHILE TRUE, have nothing to do with the sport of harness horse racing. You may wish to skip the trip down memory lane).

“Trey departed high school with a trio of achievements — remembering the capital city of Upper Volta, a new Olympic record for skipping school to go to the racetrack, and inciting a fad.

One morning in 10th grade, I stopped in to catch a geography class. Mr. Pembroke, an army veteran who sported a crew cut and black glasses, pulled down the window shades, snapped off the lights, and took his post next to his ever-faithful overhead projector.

To the delight of none, MP began to pull transparencies of African Nations from a large manila folder. He slapped one on the screen and pointed to a capital city, mountain, railroad, and river. On and on, slap, point, read. When MP slapped Upper Volta onto the glass, he pointed to the name with a star in a circle, and stumbled over the name of the capital, “Ouagadougou.” 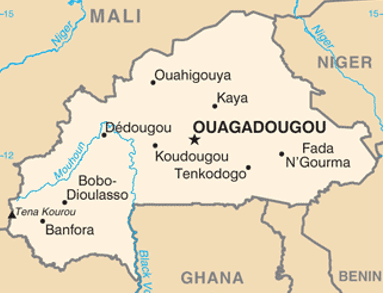 From the last seat by the radiator, I replied, “Gesundheit.”

He tried the name again, this time more slowly, “OhAGooDoooGooo.” Then he pointed and said, “Here is the main railroad.”

I wisecracked, “For the Oaugudoogoo choo choo?”

Eddie Felton, who was in the same class, began to swing his orangutan arms and bellowed, “OOgoog doogoo oo.”

This incited a chorus of 26 students chiming in, a sound much like a tribe of Indians surrounded by baying wolves. The little vignette had amazing staying power. For the next two years, virtually every kid in that geography class, including the girls, had a bond. We took to greeting each other by growling a version of, “Ouagadougou.”

(Update, in 1985 a newspaper article that reported Upper Volta had a coup and changed its name to Burkina Faso, which means “Land of Upright and Incorruptible People.” I have my doubts.)

Alas, years have passed without the occasion to dazzle anyone with information about Upper Volta or utter the magical word Ouagadougou. Due to technology, I never will. Ouagadougou will never again be the spontaneous answer to a trivia quest or contest like the Dam Family Game… and somehow, that is sad.