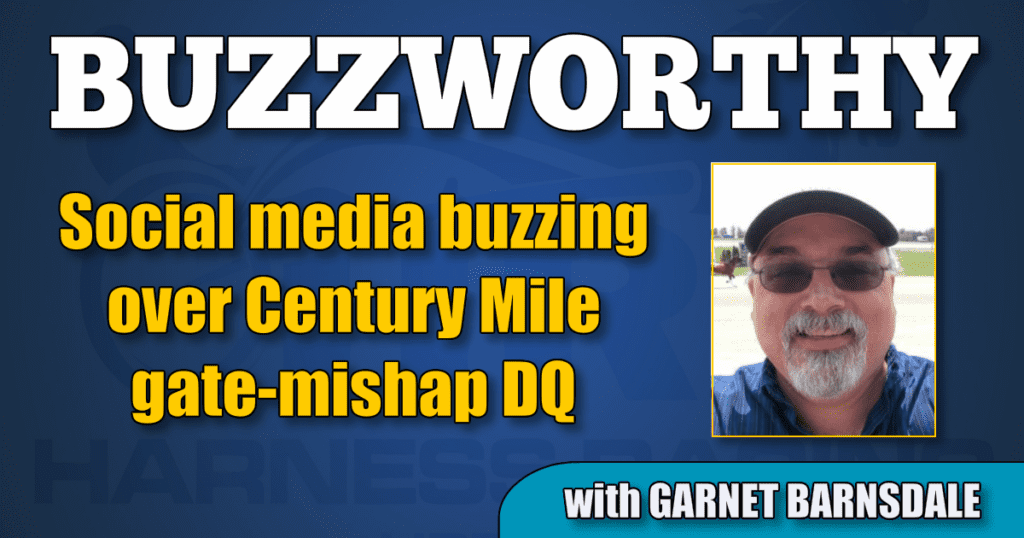 There was a disqualification that you don’t see every day last Sunday in a $125,000 stakes final and it didn’t take long to get Twitter buzzing.

The incident — which occurred in the final of the Don Byrne Memorial at new Century Mile in Edmonton https://www.cnty.com/centurymile/live-stream/ – select replays, Sept. 15 and race 9 — was rare, because it involved one of the horses leaving in front of the starting gate, which clearly did not get lined up properly leading up to the start, leaving at least two lanes next to the rail uncovered by the wings. So there was no wings in front of the 2-1 favorite Rockin Mystery, who did get about a half-length ahead of the other horses before the start and then went on to lead at every call and win while never headed.

The decision was made by the judges to disqualify the sophomore daughter of Mystery Chase and that didn’t sit well with the tweeters.

“Terrible job by the Starter there. Car is completely out of position on the head on. Should have been a recall,” tweeted Chris Moran and no one who replied disagreed.

“Lol. Yeah I’d say the gate is way out of position on the head on. Horse gets disqualified? Judges must be part-time refs at a New Orleans Saints game,” a tweeter named Robert replied.

Horseman Barry Treen tweeted: “I hope the starter gets a very large fine or fired. That horse should have been a complete refund because the starter missed a recall. Totally not the horse or drivers fault. This will be tied up in appeal for awhile.”

Regular horseracing tweeter @InsideThePylons chimed in: “Wow… that’s complete BS. Gate moved to the right. Masse couldn’t just veer to the right and hit the #2… gate driver should be DQed.

The consensus seemed to be that both the connections and the bettors got screwed, and looking at how far the gate was off the rail at the start, it’s hard to disagree, and Treen is likely right about the result being appealed by the owners. As far as the horse being disqualified and bettors losing their money instead of it being removed from all pools and refunded, the tweeters’ position also makes sense and there was a very similar occurrence in thoroughbred racing just a day earlier in which the horse was ruled a non-starter and refunded.

Horse of the Year 2017 winner Pink Lloyd was a big favorite in a stakes race and he reared just before the starter flipped the switch to open the gates. On video replay, it was clear that Pink Lloyd had triggered his own gate open a split second before all of his rivals’ gates opened. Even though Pink Lloyd stood in the gate and came out last before rallying to finish fourth, Woodbine always rules a horse whose gate opens early a non-starter and it seems as though it was the correct call.

From a wagering standpoint, the vociferous bettors’ argument that the horse at Century Mile should have been declared a non-starter seems to have merit and the connections likely have a case to get the ruling overturned. Time will tell.