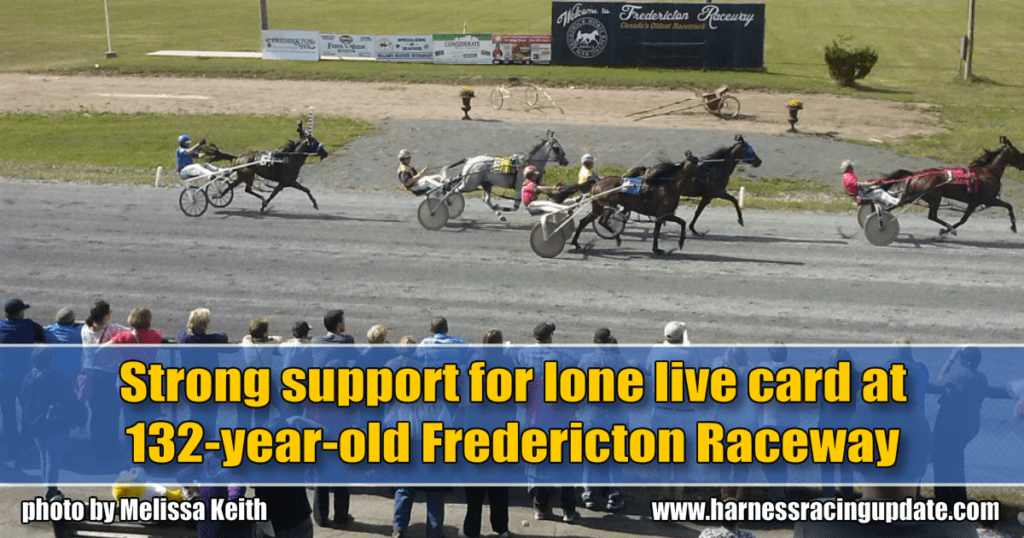 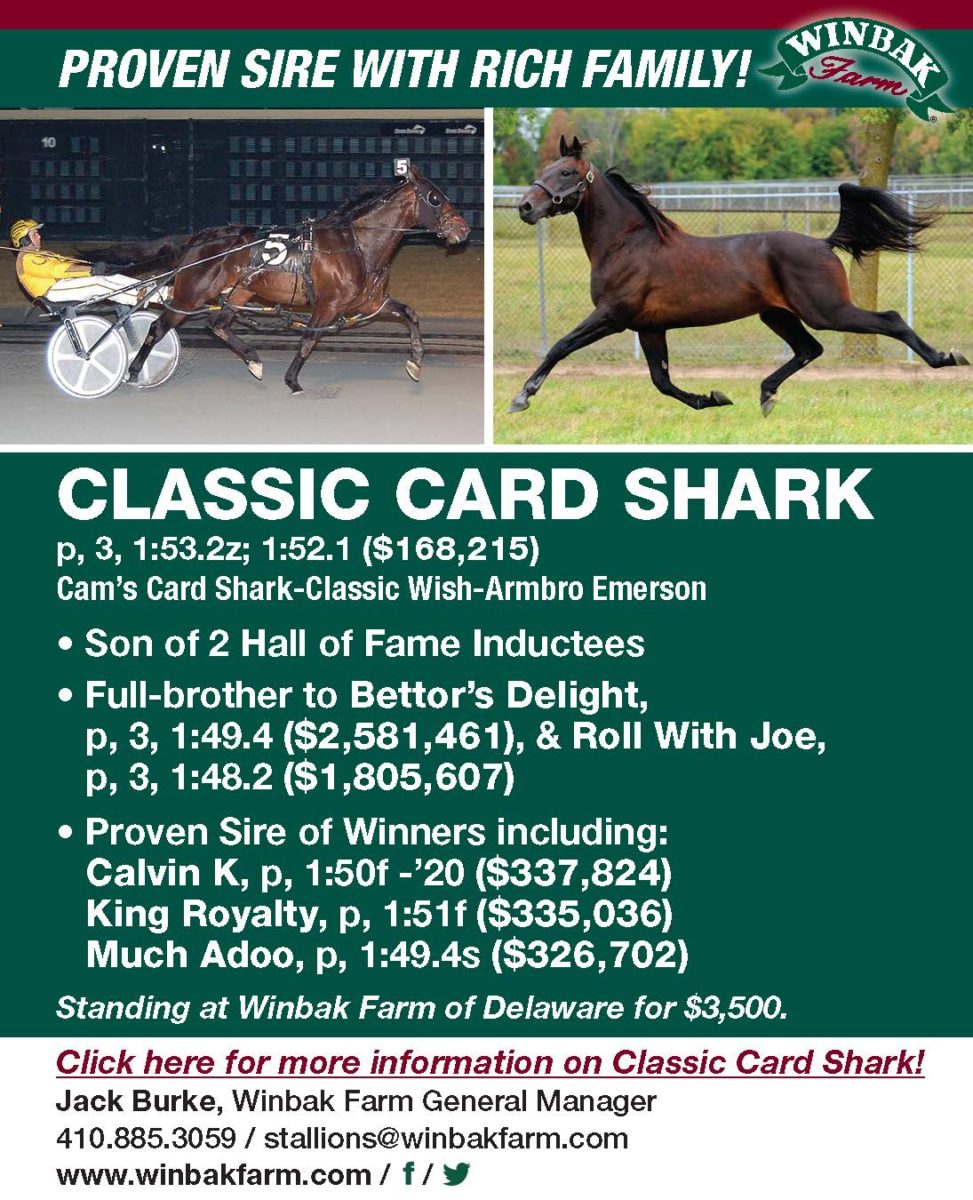 Last Sunday (Sept.8), Fredericton Raceway returned to action for the first time since a matinee card on I in September of 2017. Don’t expect more live racing there this Sunday, or for the remainder of 2019, but don’t count them out for next season and beyond.

Moncton, NB horseman Jeff Lewis helped make last weekend’s eight pari-mutuel races a reality. One of numerous owners from across the Maritimes who responded to the call for entries, he drove his own pacer Emperor to a 2:02.1h victory in race 4.Lewis is secretary/treasurer of the New Brunswick Standardbred Breeders and Owners Association (NBSBOA), which participated in talks to help address an ongoing stalemate preventing greater utilization of the 132-year-old track.

In order to facilitate the downtown half-mile’s only live card of 2019, “There were several meetings between the New Brunswick Standardbred Breeders and Owners Association and HRNB (Horse Racing New Brunswick) and the NBSBOA Fredericton chapter,” Lewis told HRU. “It started probably back in April.”

Long-term property operator Fredericton Exhibition Ltd. and HRNB were embroiled in a financial dispute which peaked in May 2016.

“The Exhibition Association and HRNB kind of had a falling out a couple of years ago there, over the lease. Unfortunately, the horse racing game took a hit in Fredericton,” said Lewis. There were just three 2016 race dates; VLT-equipped simulcast venue Winner’s Lounge was forced to shutter its trackside location at the end of the year.

The City of Fredericton owns the Exhibition Grounds where the track is located. In 2017, it began the process of pushing the New Brunswick Provincial Exhibition toward permanent relocation, so as to open up the site for residential development. The Exhibition took the matter to court late last year, but subsequently dropped its legal case and agreed to collaborate on what appears to be an impending and radical repurposing of the 31-acre property.

It would not be the track’s first compulsory relocation, if it happens: “Harness racing has a history dating back to the 1820s.It has been in three locations in Fredericton,” local Horsemen’s Association president Charlie Miles informed local media.

Lewis said he remains cautiously optimistic that the picturesque oval can keep racing. “I think that was the hope: to have one card this year, and maybe if everything went good and we were able to, maybe have two or three next year, and build on that… I think it’s important to keep every track going that we can. Once you lose a track, it’s very hard to get it back. Moncton is a perfect example of that, and Halifax another example.”

Fredericton Raceway was spared the wrath of Hurricane Dorian, which hammered other parts of the region and led to full-card cancellations at Charlottetown, Summerside, and Inverness. “The track was in really good shape. I think the rain the night before might have even helped it,” said Lewis. The $3,500 Jennie and Joe Chippin Memorial was the fastest race of the day: Woodmere Ideal Art, owned by Ultimate Stable of Greater Lakeburn, NB, opened up by 12 lengths for hometown driver Todd Trites. The Sifroi Melanson trainee crossed the wire all alone in 1:56.

Patrons wagered $6,384 on the card, on track. “It was a good crowd — I’d say there were 400 or 500 people there. They were lined up right along the fence there pretty good,” said Lewis. “I would say it was a success, from my standpoint, anyway. It was nice to get back there. I always enjoy racing in Fredericton.”

That enjoyment, though widely shared, has not shored up certitude about the historic raceway’s future. “This year is a special year, because it’s coming back after having some issues and some decline of the races in all of the province,” Exhibition executive director Mike Vokey told local media, hinting at relocation but also survival. “There’s talk it will be the last race. Well, maybe it’s the last race; maybe it’s the first race of a new generation of harness racing.”