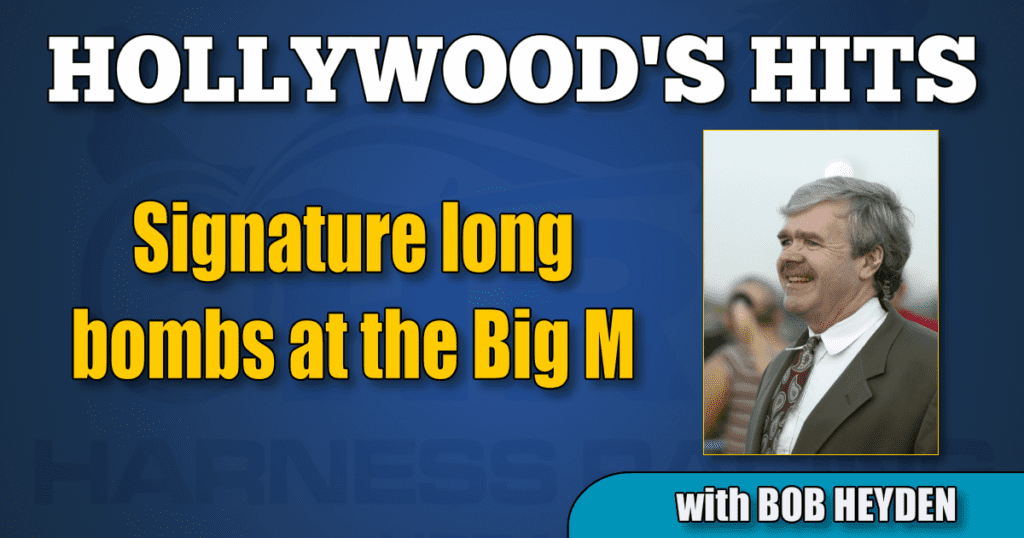 A $33.80 Hambletonian win price for Forbidden Trade and $57 for the Meadowlands Pace winner Best In Show. Never have the Meadowlands’ two signature races yielded these kinds of prices in the same season.

Kadabra sired the 2019 Hambletonian winner Forbidden Trade. He was the sophomore trotting colt of the year in 2002, but was not Hambletonian eligible the year that Chip Chip Hooray won it.

Valley Victory sired the Hambletonian winners in 1994 (Victory Dream), 1996 (Continentalvictory) and in 1998 (Muscles Yankee), but he himself retired after setting the stakes mark in the Yonkers Trot two weeks before the 1989 Hambletonian.

In the last four editions, three times the winning driver had not yet hit 30!

Bob McClure was 28 this year when he won with Forbidden Trade.

Bob McClure was debuting in — and winning — the 2019 Hambletonian.

Montrell Teague was obliterating the field in a mile and an eighth world record of 1:59.2 in the Sam McKee U S Pacing Championship with Lather Up in a stunning effort.

John Campbell was winning his first ever Hambletonian heat in 1983 with Joie De Vie (who’d wind up with second money that day).

Scotty Zeron was interfered with in the first turn while driving International Moni in the 2017 Hambletonian, thus ruining any chance of three Hambletonians in a row.

Tim Tetrick was capturing his second Meadowlands Pace, just edging by the (eventual HOY) Rock N Roll Heaven on the money in the 2010 Pace for trainer Ray Schnittker.

Billy Haughton set sail on his first of eight straight national money titles. The year was 1952.

Ted Wing was driving at the Meadowlands full time when they opened in 1976 and his buddy Billy O’Donnell, also 28, was warming up.

Some of the recent trotting stars were overlooked in the 2018 Predictive Rankings:

Twelve of the top 25 in last year’s balloting were fillies, and the top two were certainly on the money: Manchego and Plunge Blue Chip.