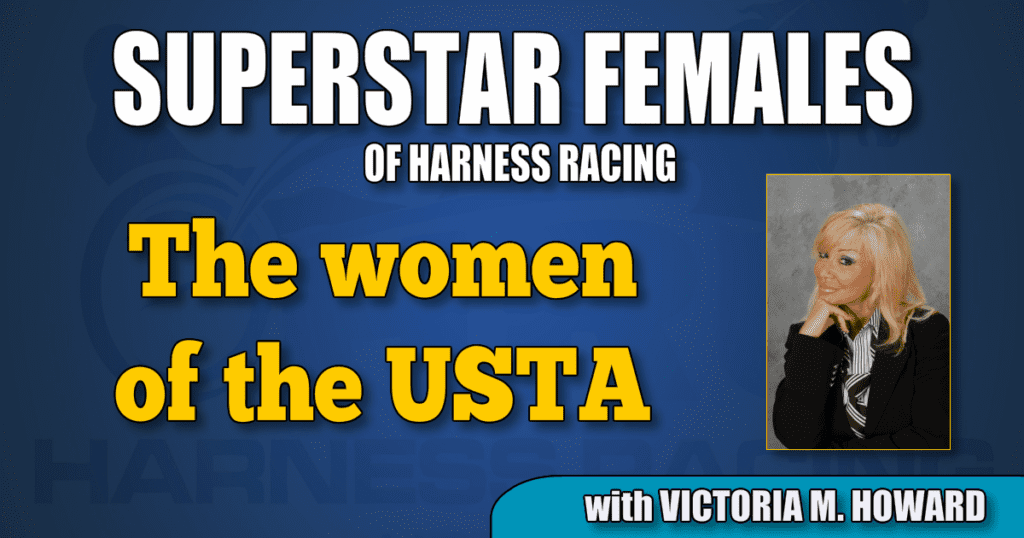 The women of the USTA

There is nothing that compares to the highs, lows, excitement and drama of harness racing. But what would it be like if there were no rules to abide for the horsemen, the racing officials and the racetracks? Although the rules are determined by state commissions, the United States Trotting Association (USTA) rules do apply and are enforced by the USTA for most state and county fairs.

Whether you would like to own or are already a proud parent of a racehorse, you must first become a member of the USTA.

The USTA was created in 1939. From its humble beginnings in a small office located under the grandstand at Historic Track in Goshen, NY, the USTA has emerged as a major national sport.

Presently, there are some 18,000 registered members with the USTA. That adds up to a lot of hard work for the women who work there — especially those in Membership Services.

Seven women work in that department. Over the four decades that I’ve been involved in the business, I’ve had to call the USTA many, many times; especially the numerous times I relentlessly called to see if a name I chose for one of my foals was already taken or if I was lucky enough to get it. I can honestly say that whomever I talked to was nothing but helpful and courteous.

One woman in particular named Barbara Brooks was and will always be a legend there for she worked at the USTA for 62 years. On December 30, 2016, Brooks retired with honors.

Sandy Van Horne, a 38-year veteran, has worked in membership services, as well as specializing in race line production for sales, and extensive knowledge of our Pathway Database.

Another long-term employee is Phyllis Spradlin, who has been there for 32 years. Spradlin is in charge of membership, as well as contributing to creation of all USTA service forms.

If you need to talk to someone about horse DNA or registering a foreign horse, you would ask to speak with Karen Williams who has employed there a lengthy 21 years.

Next is Jayme Laing who has called the USTA her second home for a dozen years. Her main job is overseeing Embryo Transfer recording, curating content for Member Services Social Media outreach, and managing the Electronic Record Keeping Database.

Aimee Hock, who has also been at the USTA for 12 years was promoted to Assistant Registrar in January 2017. Her job responsibilities are several. Besides helping out in member service duties, Aimee specializes in foreign registration and exports.

Three years ago, Melissa Brinkerhoff joined the team and is presently the unofficial receptionist who greets people as they walk in, directing deliveries, and also helps out in member services.

Last but not least is the latest addition, Kim Schneider. Schneider is the person you call when you have questions about driving color registration. She has been employed with the USTA for 2 ½ years.

I asked Hock if she found it difficult working under one roof with six other women in closed quarters. I have always heard that two women can’t live harmoniously under the same roof, so seven would be the pictograph for war.

“No, we have all become more like a family. We work closely together and rely on one another immensely. We have our expertise and niche and over the years we have embraced our strengths and developed a strong, solid team. We also realize that some days you just have to have a sense of humor and have fun,” she said, laughing.

The USTA even goes as far as sending their female superstars to various horse sales where they set up a mobile USTA office to accommodate their members on the spot.
Thanks to all the dedicated women at the USTA who diligently work to assist and please the members of our harness racing family.