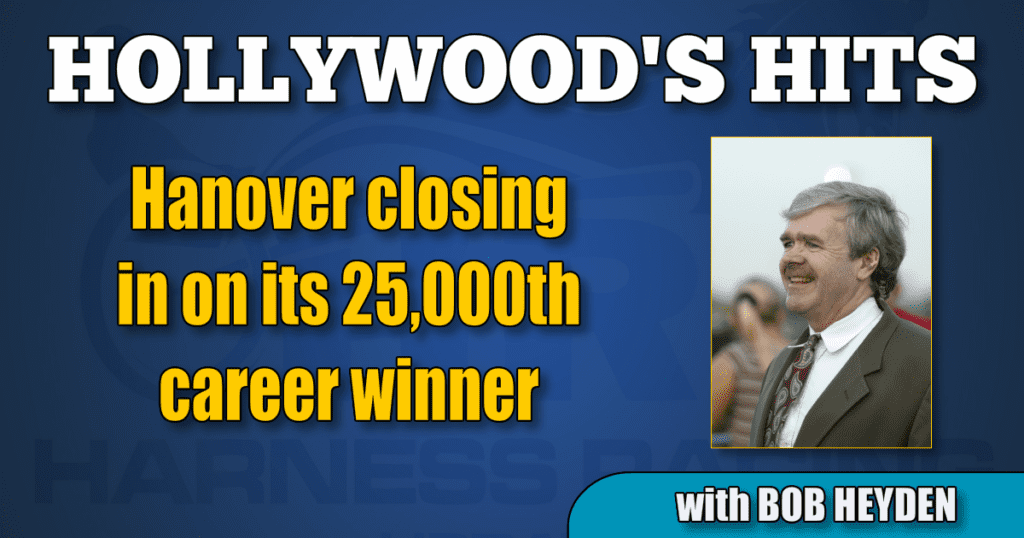 Hanover closing in on its 25,000th career winner

Hanover Shoe Farms is about to have their 25,000th career winner. They had 24,842 through April 24. Hanover Shoe is also going to hit three-quarters of a BILLION dollars sometime in the next 12 months. They were closing in on $731 million as of the last week of April.

Castleton Farms is one of four outfits that had at least 10,000 starters (10,483) and they are in fifth, right ahead of Perretti Farms.

Both the top two single-season earners of all time among pacers were aided some by a supplemental entry that didn’t pan out. It did pump up the yearly total for the top two single-season earners. In 2008, Somebeachsomewhere’s earnings record of $2,448,003 was helped by Bullville Powerful’s $100,000 supplement to the Meadowlands Pace (in which SBSW finished second to Art Official).

The top four freshman pacing seasons of all time took place in the 1980s.

In the last 14 years, not a single 2-year-old has made this list among the top 16 of all time.

Hall Of Famer Bruce Nickells has the distinction of being the only trainer to have had a $1 million single-season 2-year-old pacing filly — and he did it twice:
Miss Easy $1,128,956 and Immortality $1,033,028

Broad Bahn is the only one on the list of top 25 single-season earning trotters to have more seconds than wins. The Hambletonian winner posted a record of 5-8-2 in 19 starts.