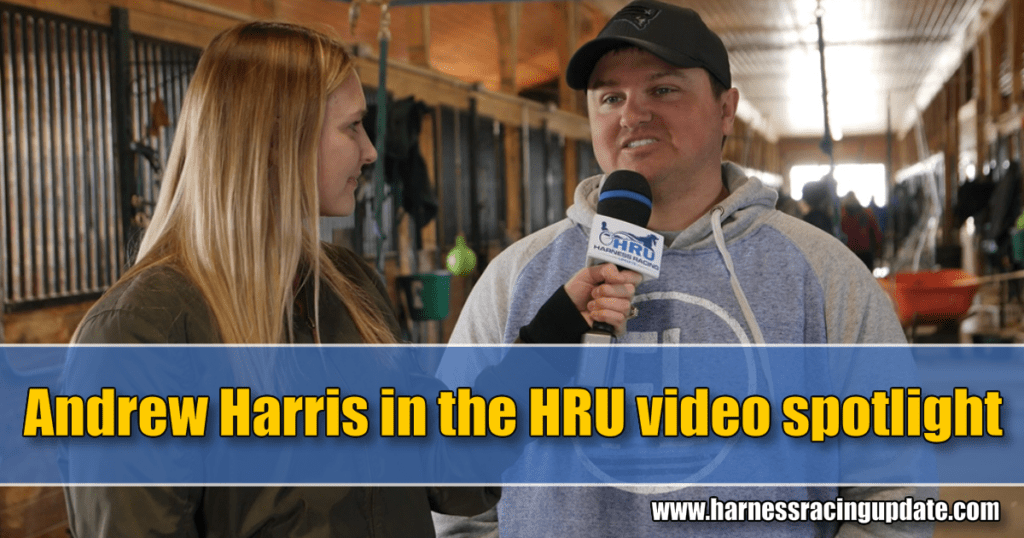 Trainer Andrew Harris was interviewed in New Jersey by HRU’s Jaimi MacDonald about the 2-year-olds he has in training at the White Birch Training Center, including the daughter of world champion Shebestingin.

If horse names are anything to go by, trainer Andrew Harris sure likes the New England Patriots. The New Jersey-based trainer recently spoke to Jaimi MacDonald at the White Birch Training Center about the youngsters he is conditioning — at least three of which are named after the reigning Super Bowl champions.

Harris, who competes often in the New York and Pennsylvania programs, is training four babies for famed owner/breeder Robert Key. Harris is also training the Captaintreacherous daughter of world champion Shebestingin and also has a few from the first crop of Artspeak, among others.

Special thanks to the New York Sires Stakes for sponsoring the Harris video.

Look for videos featuring Julie Miller, Peter Wrenn, Dan Daley, Jeff Webster, Linda Toscano, Joe Holloway and Tom Cancelliere in the weeks ahead, as well as an update on Foiled Again’s retirement and many more videos from Ontario.