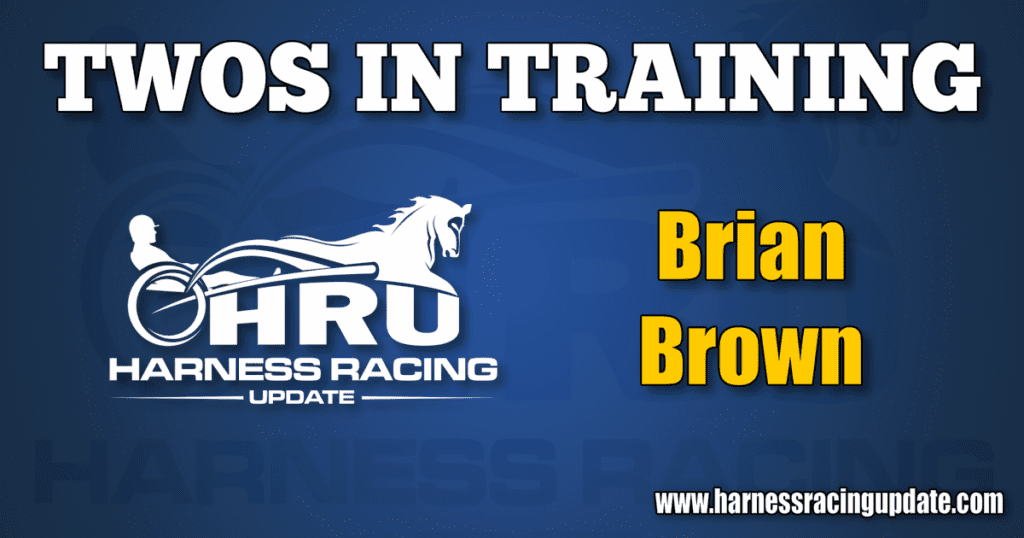 Heather Vitale caught up with the Ohio-based trainer at Spring Garden Ranch in Florida. Brown has 50 2-year-olds in training this winter.

Brian Brown, the 2017 Trainer of the Year and Good Guy, is the latest trainer in the spotlight in HRU’s 2019 Twos in Training video series available on our YouTube channel.

Brown has 50 2-year-olds in training and was interviewed by Heather Vitale at Spring Garden Ranch in DeLeon Springs, FL. That video is available here:

Special thanks to Cunningham Insurance for sponsoring the Brown video.

The video comes amid a flurry of activity this week in the HRU broadcast division. After its first attempt at a live broadcast on Saturday from The Deck — admittedly, with mixed results — HRU has posted shorter interview clips from that show all week featuring: John Campbell, Bill Donovan, Dave McDuffee, Eric Cherry, David Reid and Myron Bell.

New full videos featuring Charlie Norris and Ron Burke are scheduled to be released later Friday and Saturday night, respectively. Dustin Jones will be in the HRU video spotlight after that.

Over the next month or so, HRU’s broadcast division will post some 20 videos chronicling 2-year-olds in training at stables based in Florida, Ontario, New York and New Jersey for the winter. Curtis MacDonald of Cujo Entertainment is producing the Ontario videos.

Our Florida crew of host Vitale and videographer and editor Aaron Re of Hanover Multimedia of Hanover, PA shot a slew of videos last week in the sunshine state.