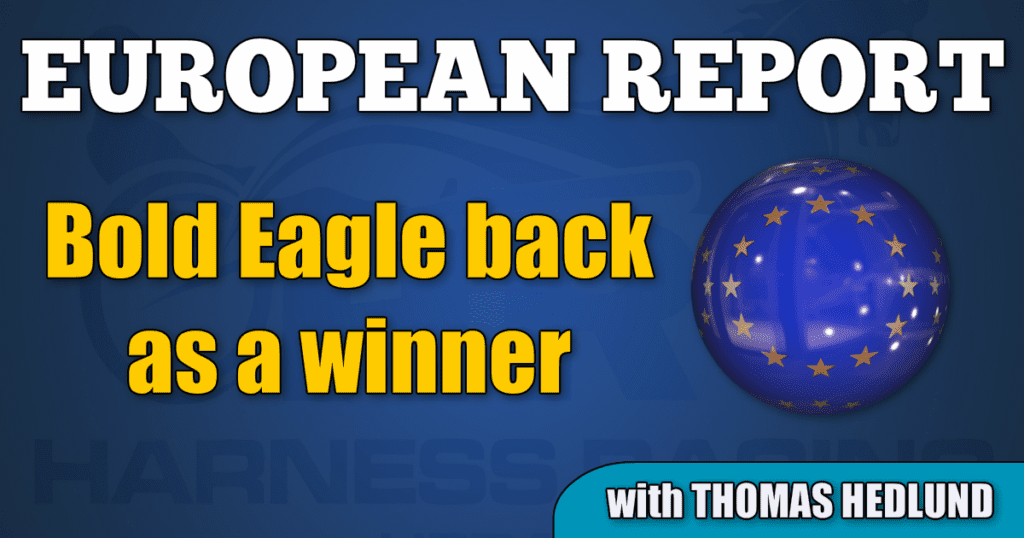 Bold Eagle back as a winner

Driver Franck Nivard was eager to get a good start with Bold Eagle in the Prix de Bourgogne and from post position 7 behind the gate, Nivard hit the gas early and Bold Eagle sprinted to the front before turning over the lead to 2018 Prix d’Amerique champ Readly Express.

Björn Goop and Readly Express kept the pace down dramatically and the B-race developed to a sprint race with the last quarter going really fast. Bold Eagle got room to attack when Cash Gamble in second over made a break in the last turn, a decisive point for the outcome of the race. With “the old” Bold Eagle back at Vincennes on this day, when Nivard asked for the extra gear, the son of Ready Cash exploded and disarmed Readly Express just before the wire.

Uza Josselyn followed strongly as third and she is now qualified for the Prix d’Amérique.

The two first placed horses in Prix d’Amérique in 2018 thus showed great shape, which of course boosts the temperature ahead of the great race in Paris.
Unfortunately, one of the most interesting horses aiming for the Prix d’Amérique, American-bred Propulsion (Muscle Hill) was defeated by On Track Piraten at Romme racetrack in Sweden on Saturday afternoon and it was announced that Daniel Redén’s trotter was confirmed sick in his barn on Sunday morning. The fever that followed hung on through the beginning of this week and Redén is currently unsure if Propulsion will be ready for Paris this winter.

Ulf Ohlsson, Sweden, Jean-Michel Bazire, France and Antonio di Nardo, Italy. They are the names of the most successful drivers in Europe in 2018.

Ohlsson, the hardest working driver in the northern European countries, had 340 victories, meaning he was outstanding among the drivers in Sweden.

Bazire’s career is nothing else but unique. The champion of France is just not an extraordinary driver, he also manages a big barn with several top trotters and especially this winter meeting in Paris, Bazire has shown excellent skills in both driving and training. He had 269 driving victories in 2018, which was enough to earn the title in France.

In Italy, a new name showed up at the top spot. Antonio di Nardo recorded 262 wins and pushed down Enrico Bellei from the throne.
Europe’s winningest drivers of 2018: