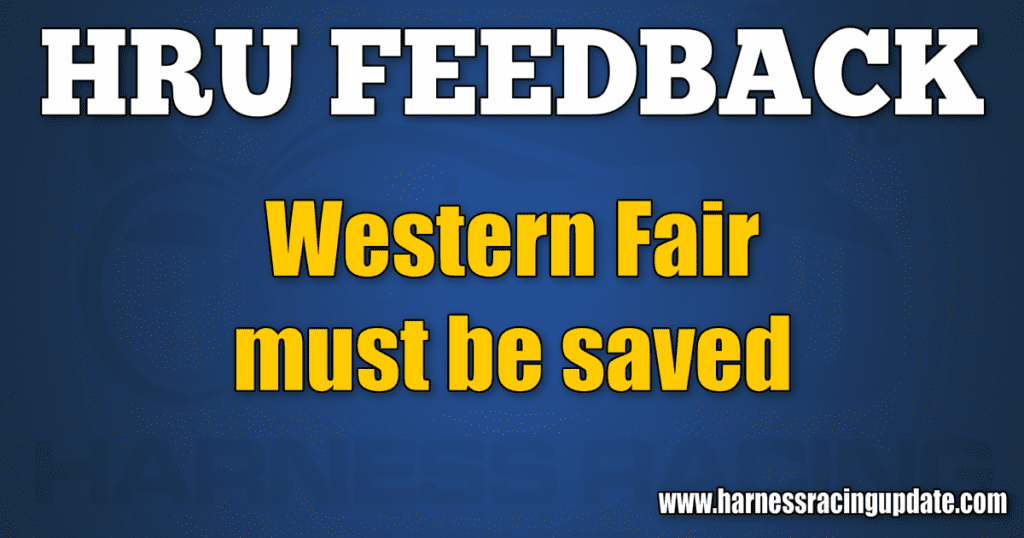 Western Fair Raceway must be saved

I have said it so many times that Western Fair Raceway is such an important racing hub that this week’s news that they are fighting for their lives now with Gateway Casino’s decision to relocate is alarming (full story here).

I believe this is still the remnants of the past Liberal government and their corruption that almost destroyed Ontario racing. The government wants their cut of the gambling dollar, but don’t want to manage it so they put it up for tender supposedly with all these attached conditions to protect racing and the public. First let’s get this out of the way, the government only cares about the money so there was no restrictions. It was which gaming company was going to pay the most.

So now, just because of the change of government to the Ford Conservatives, there should be no talk about who is to blame. It should be how quickly can the Ford government jump in to make sure racing and gaming stays at Western Fair.