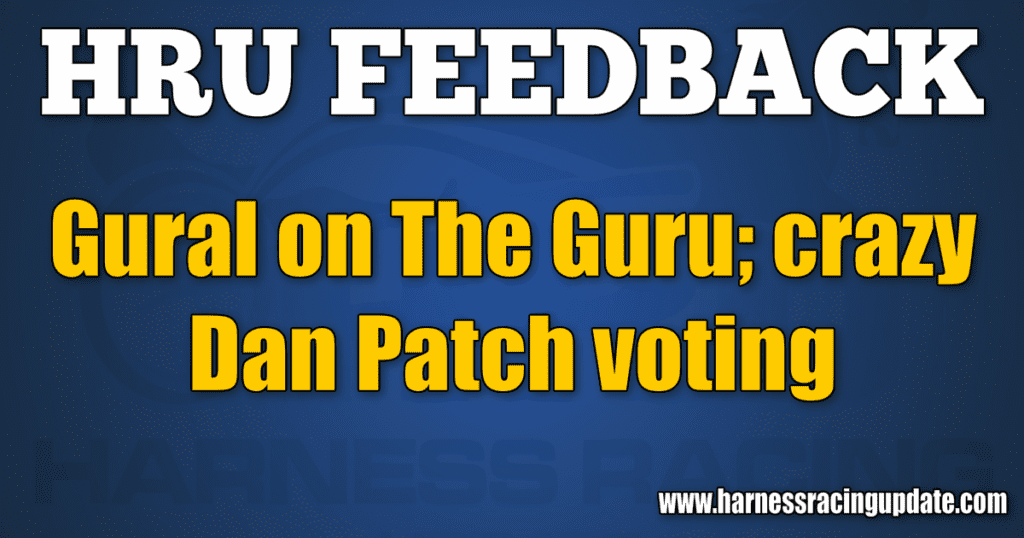 Gural on The Guru

I agree with Ronnie’s comment on The Gural Rule (full story here) as it certainly would be better if somehow we could copy what they have done in Europe and both race and breed the older horses. Comparing the popularity of harness racing in Europe to harness racing in the U.S. makes it clear that the European model is the way to go. Having said that, I feel an obligation to the young people in the sport to at least make an effort to try to create fan interest especially from younger people. We all recognize that the vast majority of our customers are 60+ and without finding a way to appeal to younger people I just don’t see how the sport has a long-term future.

As far as owners losing money, I can assure you I have lost far more money keeping the Meadowlands open than all of them combined may have theoretically lost. All of the owners you refer to need the Meadowlands to help sell the horses they are breeding so I am not sympathetic on that score. Just recently, I agreed to buy an additional 20 per cent of Six Pack from Ake at the price that he had been offered by Hanover, even though as a racehorse that price may be high. I did not think it was fair for him to take the majority of the risk at bringing Six Pack back at four. All we have to do is look back a few years to how excited everyone in the industry was the first time that Always B Miki, Freaky Feet Pete and Wiggle It Jiggleit raced against each other. That is the goal of The Gural Rule. Even this past year, I thought when Tactical Landing and Six Pack raced against the older horses in the TVG final it was probably the most anticipated race of the night. I think it is unfortunate that the Hambletonian Society and WEG decided to drop the rule, but I know one thing, when they do pull the plug hopefully the young people who will be out of a job will remember that Gural at least tried. Hopefully, we can get the purse subsidy and with that I can restore the Meadowlands to its former glory. That will leave only ridding the industry of the drug guys as my last piece of unfinished business.

In any case, I finally had a great horse in Six Pack so it has been a good year and I want to wish everyone a happy holiday.

I’m all for respecting other people’s opinions, but how about some of these “one-vote” voters (in the Dan Patch)? What are they smoking? You want to vote for Green Manalishi, The Ice Duchess, Tactical Landing, Emoticon Hanover, etc. — fine. But who is voting for It’s A Herbie, Super Schissel, Impinktoo, Fiftydallarbill, Barn Girl, When Dovescry, etc.?

This reminds me of 1980 when Niatross was one vote short of being a unanimous selection for Horse of the Year when French Chef received one vote. How about identifying the voter(s) and having them explain their thought processes?