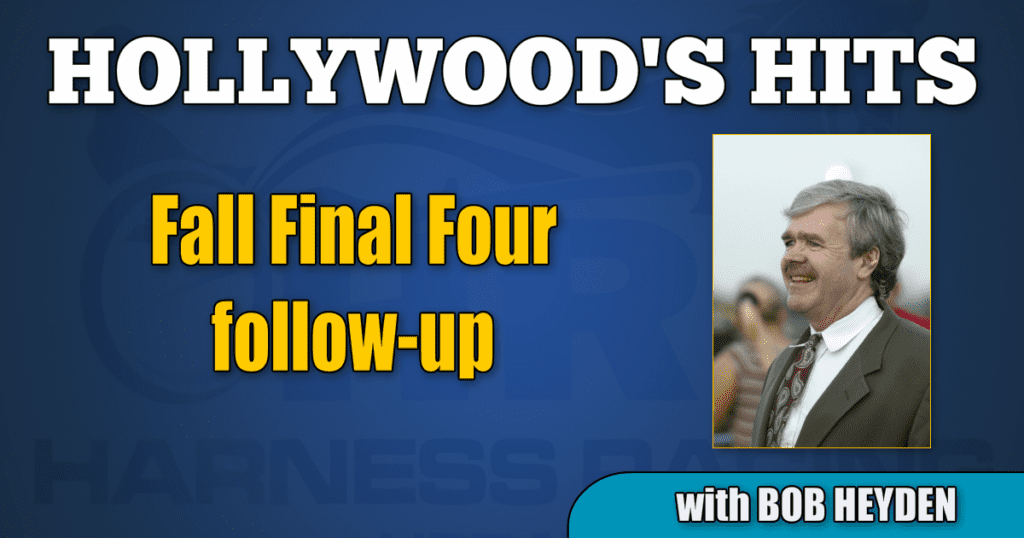 Two horses — the ONLY two with a lone victory coming into last Saturday’s Valley Victory final at the Meadolwands — finished first and third.

Southwind Avenger had a record of 1-6-1 in 10 starts, and earnings of $148,000 going into the final, but Dexter Dunn steered him to victory in what has been the driver’s biggest victory in the U.S., so far.

Reign Of Honor was third despite coming in with a record of 1-3-1 in 12 starts. The gelding had $159G on his dance card entering the final.

Joe Bongiorno was only 22 in 2015 when he dead-heated in the Valley Victory for his biggest score ever.

Dexter Dunn is just 29 and now is a winner of Valley Victory.

Twenty-five wins, 13 seconds and 8 thirds is the lifetime slate for Apple Bottom Jeans, the longshot runnerup in the TVG mares pace.

Twenty-six wins four seconds and no thirds is the record of Shartin N, the winner of the TVG mares pace. The victory made her the first pacing mare past $1 million lifetime and the first ever Down Under single-season $1 million winner here in North America.

Twenty-seven wins for the show horse Pure Country who wound up past $2.4 million lifetime.

Mark Silva trainee Dealt A Winner has dealt with three Horses Of The Year now — assuming McWicked gets the call in 2018— 2015 winner Wiggle It Jiggleit, 2016 winner Always B Miki and now the outstanding 7-year-old McWicked. Dealt A Winner was second in this year’s TVG open pace final.

Meanwhile, All Bets Off finished his career with a record of 30-23-17 in 123 starts and earnings of $3.9 million. The richest son of the sport’s richest sire, Bettors Delight, will stand at Seelster Farms in Ontario in 2019.

Hannelore Hanover and Emoticon Hanover have combined career numbers of 124 64-26-15 for nearly $4.3 million.

Family affair in the Three Diamonds

Precious Beauty’s daughter Prescient Beauty was the winner of the Three Diamonds for Doug McNair and Gregg McNair. She’s a daughter of Art Major.

Precocious Beauty’s daughter, Beautyonthebeach, was fourth for Tim Tetrick and Gregg McNair. She is a daughter of Somebeachsomewhere.

Only one winning driver of a Triple Crown race in 2018 (David Miller, Jug) was born in the USA.

Three of the six races were won by a driver not yet 30. This also happened in 2016 when 27-year-old Scott Zeron swept the trotting Crown races with Marion Marauder.

Muscle Hill sired the dynamic winner of the TVG open trot, Tactical Landing, who became the second successive sophomore winner of that race to defeat older rivals (What The Hill in 2017).