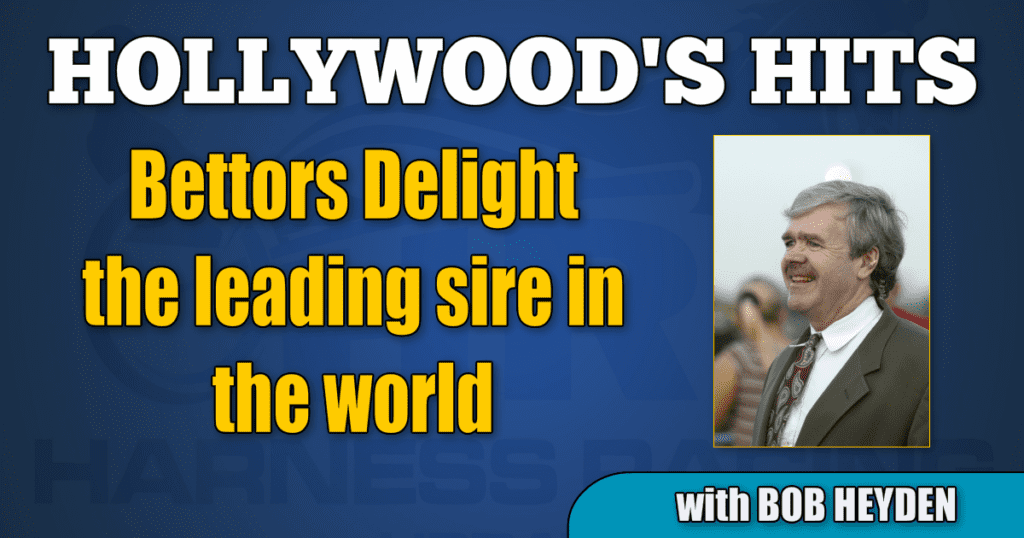 Counting dual-hemisphere stallion work, Bettors Delight has sired the winners of some $315 million, making him the leading stallion all-time.

Can a 7-year-old such as McWicked be named Horse of the Year (HOY)? Why not, it’s happened before.

She has broken the record for earnings in a single year by a pacing mare — $968,361 (23 18-1-0), yet no pacing mare has ever been voted HOY, which is odd especially considering that 39 times in 71 ballots a pacer has taken home the hardware.

Also, no Down Under-bred horses has been named HOY in North America and never have females gone back to back in HOY balloting. Last year, Hannelore Hanover was the HOY.

P.S. If McWicked and Shartin N are 1-2 in the balloting, it’s going to be a proud moment for sire McArdle — his son and granddaughter will have gone first and second.

If Atlanta is HOY

If Atlanta win the Horse of the Year, Rick Zeron will have a very unique distinction of having driven the last 3-year-old trotting filly so honored — Bee A Magician in 2013.

Atlanta beat the boys on the biggest stage and made $1 million plus for the year. Keep in mind, that no division was more power packed than the 3-year-old trotting fillies this year, with Manchego, Phaetosive and Plunge Blue Chip clearly making this the best foursome of sophomore trotting ladies in the modern era.

The 21st century has not seen a repeater in the Horse of the Year category, just as Major League Baseball hasn’t seen a back-to-back World Series champion.

Next week marks the 10th anniversary of the Breeders Crown from 2008 at the Meadowlands, which was the one and only time Somebeachsomewhere and Muscle Hill appeared on the same racing program. Back-to-back HOYs, both 20-for-21 lifetime, both won that night and both have been dominant sires.

NY-breds having a big season

Remember when Shiaway St Pat won the very first Hambletonian contested in New Jersey in 1981? How big was it for Ray Remmen’s gelding? More than 85 per cent of the trotter’s seasonal earnings of $479,220 came from the Hambletonian where he earned $419,000.

Tim Tetrick turns 37 on Nov. 22. Nobody in history has been even close to saying they had banked $200 in purse earnings prior to that birthday. But remember this stat too:

Only twice has a winner of any Final Four race gone on to be later named Horse Of The Year (NOT that same season).

Artsplace won the 1990 Governors Cup and two years later had an undefeated season en route to his HOY trophy.