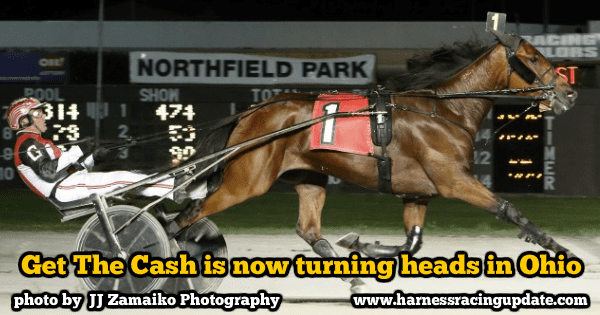 Get The Cash is now turning heads In Ohio 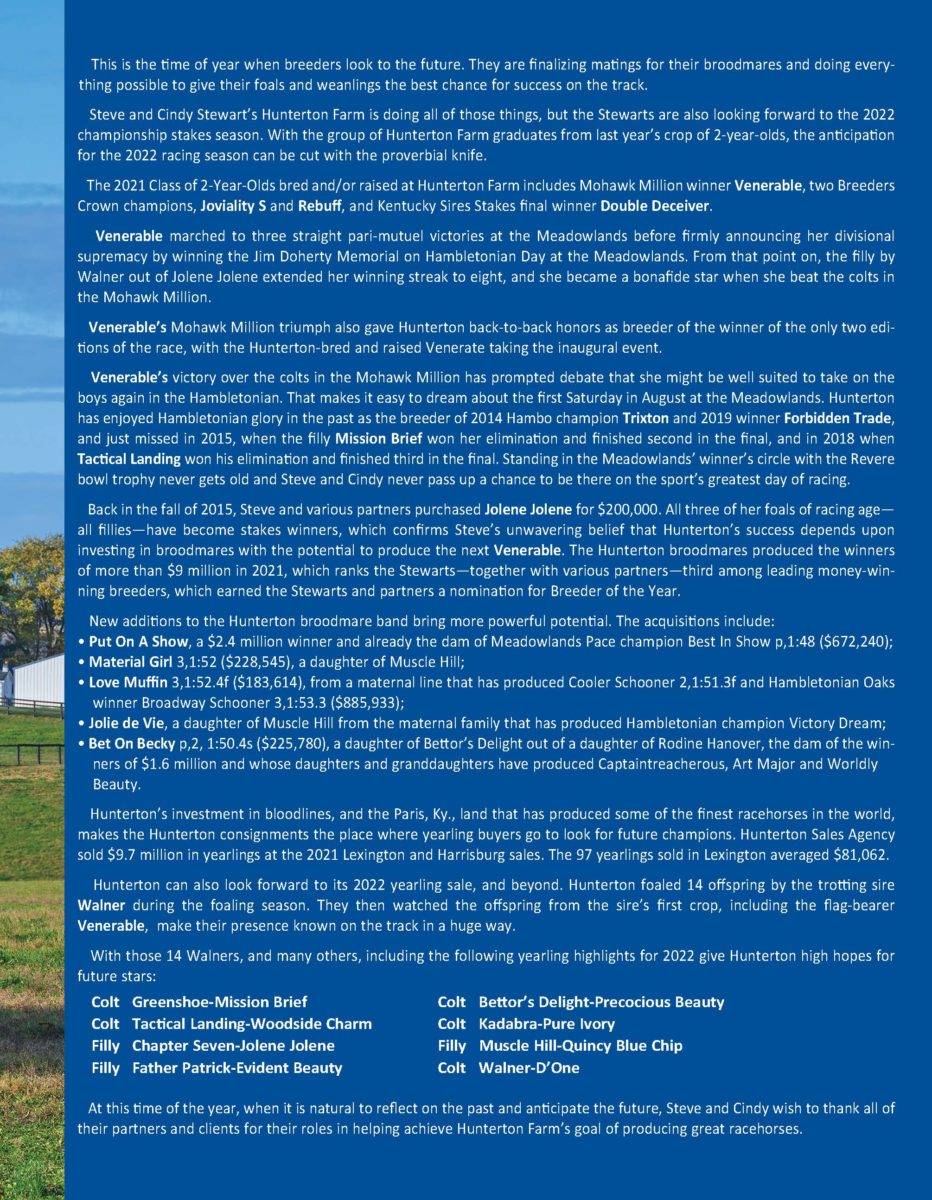 The sophomore trotter has won five of his last six starts for veteran trainer Kelly O’Donnell.

Veteran Ohio trainer Kelly O’Donnell has seen his fair share of bad luck, but with Get The Cash he has seen it all… interference breaks, questionable drives, poor post draws and an injury. But the 3-year-old trotter has now found his stride and is once again turning heads in the Buckeye State.

O’Donnell purchased the gelded son of Cash Hall–Chatterly Hall from Jeff Nisonger, who purchased Get The Cash as a yearling for $7,000 from the Ohio Select Sale.

“I bought him a week before I qualified him at two,” said O’Donnell. “I have bought some horses off Jeff before. I was racing down at Miami Valley (Raceway) and asked Jeff if he had anything for sale. On the way home I stopped by and trained a couple. I bought this one and the other one was a good pacing colt.”

“I could have bought him too, but he was just a little on the small size. I should have loaded them both up,” O’Donnell said.

Under the banner of K O Racing Stable, O’Donnell shares ownership of Get The Cash with Mark Maynard and Joe Palatas.

O’Donnell’s relationship with Palatas is a result of their children.

“Our kids went to high school together. His father-in-law had horses. Joe bought a couple of yearling with me a few years ago,” said the 60 year-old trainer. “When this horse came along, I called him and said that I found a real nice trotter and asked him if he wanted a piece. (Get The Cash) is definitely his best horse.”

As a freshman, Get The Cash made three qualifying efforts and broke his maiden in his first career start, a 1:57.2 score at Scioto Downs. He was equally impressive in his second start, the opening leg of the Ohio Sires Stake, a wire-to-wire win in 1:57.3 at Northfield Park.

After the two impressive starts, the streak of bad luck began. Breaks in stride in his next three starts and outside post draws in the final three starts muted what could have been a great freshman season.

“It was a nightmare, trust me,” said O’Donnell.

The streak of bad luck was epitomized by Get The Cash’s effort in the $250,000 Ohio Sire Stakes (OHSS) Final on Sept. 2 at Scioto Downs.

“I took him down the week before for a qualifier because (the driver) had never driven him before,” said O’Donnell. “(In the final) he left out of the nine hole, dropped into the two hole and the half he ran right over the top of the horse cutting the mile, hitting his wheel and making a break. It was kind of sickening.”

As it turned out, his sixth-place finish in that rich final is the only check that Get The Cash has missed in his 15 career starts, earning $98,340.

Hopes remained high for the connections of Get The Cash as he prepared for his sophomore season, but an injury casted some doubts.

“It was kind of a nice day for April. It was 37 or 38 degrees, but the sun was shining. I wanted him to go out and play a little. Two hours later when I brought him in, his hind foot got caught in some wire in the paddock. It tore him right up. It looked bad. We missed a good three weeks, but maybe it was a blessing in disguise.”

O’Donnell said some of the credit belongs to his new reinsman, Northfield Park veteran Greg Grismore.

“Greg has driven him to a tee, just the way I have asked him this season. He’s been great,” O’Donnell said.

In his last start, the third leg of the OHSS at Northfield Park on July 9, Get The Cash and Grismore found themselves in the same $50,000 division as Mission Accepted and Uncle Buck. But an uncharacteristic break behind the gate by Mission Accepted allowed Get The Cash to use his rail position to cruise to a 5 ½ length win over Uncle Buck in 1:54.4.

“He raced really good. I am really happy with him because I was in with Mission Accepted a few weeks ago at Scioto (Downs). There was no catching that horse that day. He win in (1):52 flat like it was nothing,” O’Donnell said.
Now with wins in five of his last six starts, Get The Cash has overcome a lot and has joined the conversation as one of the best trotters in the state of Ohio.