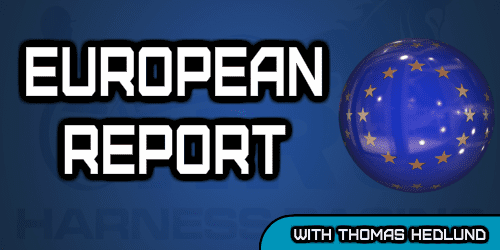 Readly Express named Horse of the Year in Sweden

Sweden celebrated the 2017 harness racing performances in Stockholm on Friday night and Timo Nurmos trained Readly Express was named Horse of the Year.

Readly Express (Ready Cash) won Jubileumspokalen, European championship for 5-year-olds, SM (Swedish Master) and Prix Tenor de Baune, among other races during the last season and that was enough to grab the title ”Horse of the year” in Sweden.

Since Readly Express won this year’s edition of Prix d’Amérique, the Timo Nurmos-trained horse will be heavy favorite for the title even next year in February.

Solvalla and the Swedish harness racing association have announced that a new race will take place at Solvalla on Aug. 14 this year. Jubileumspokalen for the 5-year-olds is one of the biggest races in Sweden in the summer and on the racing card that day, the spectators will have the chance to see a race off between two horses in just one heat. The purse is large for the race, with $307,000 offered, with $245,000 to go to the winner.

“We hope that this race can attract the two best horses in the world and the dream is to get the winners of Prix d’Amérique and Elitloppet behind the gate. The distance is 1,640 meters (approximately 1 mile) and we think that this will be interesting for the spectators. We have seen a lot of exciting race-offs in Sweden throughout the years and with this purse, this race can be something special,” said Solvalla’s director of sport, Anders Malmrot.

The Showdown, as the new race is called, is scheduled just four days after Åby Stora Pris ($245,000 dollars to the winner over the distance 1.95 miles) in Gothenburg.