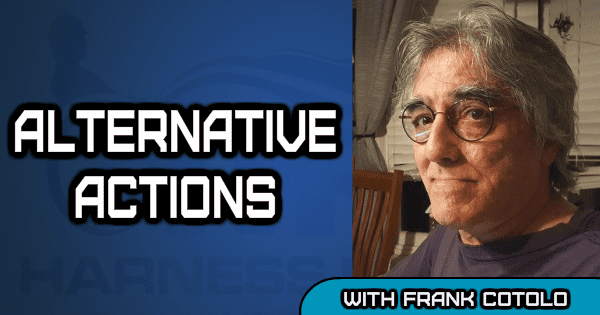 Alternative Actions: What we can learn from the Sartin approach in terms of leadership for success

Many in track management may find it uncomfortable trying to get closer to their customers. It’s something new, and after all, isn’t it safer to keep one’s distance from those who — a hum — gamble?

That feeling is neurotic; making management react to the very people it needs to stay in business. Management should not react, it should act, and the actions should serve the needs of its public. Fear of losing patrons, however, should not be the motivation for management to serve wisely. Desire to help them succeed with the product and become walking, talking advertisements to attract new “partner” players is the motivation.

Here’s psychological evidence that bending over backwards to keep and attract players will work on the many levels we are addressing in this monthly column. This example comes from the world of thoroughbred wagering.

A few decades ago, a doctor of psychology, Howard Sartin, was practicing in Los Angeles. Suddenly, he found himself treating a large number of “problem horseplayers.” These were fellows for whom the aprons of Hollywood Park and Santa Anita — during those tracks’ year-long sharing of the pari-mutuel thoroughbred circuit — were sacred ground. However, none of them were at all successful. Their passion for pari-mutuels cost them far more than money. Some lost their jobs, some lost much of their health and others lost their families.

Dr. Sartin listened to story after story about how these people wound up losing dollar after dollar, getting barely enough back through their own churn to lose more until the axe fell and they were broke and broken, forced to seek help for their “terrible addiction.”

However, what initially bothered Sartin was that these were not degenerate gamblers. None of them begged, borrowed or stole to make any kind of wager. None of them simply sought the “action” of gambling, as genuine gambling addiction provokes. These were, indeed “problem horseplayers” because they had problems playing the horses and that alone was the foundation of their demise.

This made Sartin inquire to each of them about the tools they used to decide upon which horses to wager upon. Sartin knew nothing about horse race handicapping or betting, so he needed to know one thing above all — why were they losing? It seemed ridiculous to delve into matters of addiction, since a true gambling addict is rarely choosy about his or her source of thrills.

Each patient thoroughly described their ways and means of playing pari-mutuels, covering all sorts of gimmicks, angles and a plethora of information that was difficult to measure, certainly proven by the percentage of their losses. Sartin saw the similarity in the problems as well as he saw the importance of his patients’ crusade to conquer the game by profiting from it.

Sartin developed a simple, but alternative, to treating problem horseplayers. He decided that rather than convincing them to stop wagering on pari-mutuels, he would be better off teaching them how to win. So, with their help, he learned all he could about technical aspect of the sport and after some time began to instruct his patients using a fresh outlook on handicapping. He tested it himself and found it extremely successful, just as he experienced aspects of what his patients loved about playing the game.

A “Sartin” approach to betting and winning swept beyond his own patients when he wrote about his handicapping/betting tactics, creating a slew of players and followers — literally swearing by his methods and calling him their “guru”. They advertised his methods freely while demonstrating through newfound profit-making that they were not the losers that met Sartin in therapy.

Doc Sartin, as his followers called him, passed away in 2009, leaving a legacy that has continued to wager through all of the sport’s turmoil of modern times. Doc inspired other horseplayers, people who he never treated, to succeed and a few wrote their own books about his theories and matters of what became known as “investing” in pari-mutuels instead of “gambling” on them.

I am not suggesting that racetrack management come up with a revolutionary system to assure more people cash tickets. I am using the Doc Sartin approach to prove how becoming close to clients, customers, patrons, etcetera, gain trust and respect — enough to develop a loyalty with management that turns them into positive word-of-mouth advertisers.

It is possible to develop relationships with anyone who uses a product or service rendered. By displaying interest and giving patrons tools they need (more on this in future columns) and making sure they receive, for free, all they need to play, they are left to wager more at your raceway than at another — even if they stay at home and wager via the Internet or with a phone app while doing any other activity.

More every month on the pari-mutuels partner revolution.