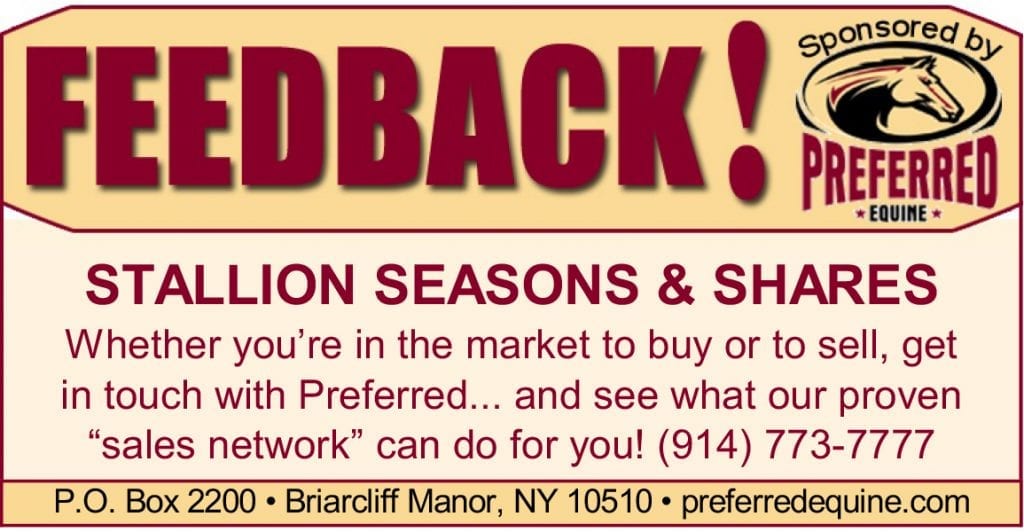 Requiem for my friend, Howard Beissinger

Howard Beissinger was my friend for 40 years. During those years, when time and distance didn’t interfere, he was my closet friend. And from the start, he was always “The Boss” to me, for reasons too obscure to remember today.

One definition of “genius” is the ability to master infinite detail. As a horseman, The Boss came pretty close. He never sent a horse to the shop with a groom and a shoeing card. He went himself, studying every shoe carefully, making sure that every angle was measured, every toe length where he wanted it.

The year of Super Juan’s Hambletonian, he had the Beacon Course the week before. It was raced with eliminations and a final on the same night. I was a small part of the preliminaries because The Boss had another colt also going that night, too, and there was no way Shelly Goodreau was coming down to the back paddock to go warmup trips. That night he warmed up Super Juan three trips, finished fourth in his elim and then came back and won the final. And then The Boss kept Super Juan hot in the paddock for an hour and then worked him another mile in 2:07.

A week later, Super Juan was the sharpest he’d ever be in his life, won a heat of the Hambletonian, and then finished second in the race off. Later, when we talked about how he prepped him, he said, “You can’t do that very often. They get stale fast.”

I don’t know anyone who could have done that once, and I don’t think you do, either.

Beissinger disliked the automated stall waterers. It was harder to check them every day to be sure they were clean than it was to check a regular water bucket. He sneered at the trainers who put hand holds on the lines with their babies in Florida. He put light mouths on all his horses and hand holds were only for races.

One year he went to Florida with 92 head, and there wasn’t a single bridle in the tack room with a Murphy Blind. The most he ever used was an extension bit. Most of those commercially made bits didn’t work well, but The Boss had one he had made himself in his shop, and it worked great.

But it was his wisdom about life and how to live it that made a permanent impression on your brain, and, sometimes, your soul, if you were smart enough to record them.

“People never change” so true and important to remember.

“I always sharpen my tools before I put them away,” another axiom to live by.

“A good horseman always knows what a horse is going to do before he does it,” which is another obvious truth once you heard it.

There were so many stories he told, one of his favorites being about his first time on the road. He had a horse, someone he met had a truck he couldn’t drive, so they hooked up. Counting every penny, he and his companion ventured out of Ohio all the way to Illinois, The Boss’s first time that far away from home.

As he said, in those early days it could get quite eventful on the racetrack, and at one fair meeting, he knocked most of the field down. After everyone had gotten up and dusted themselves off, a loudmouth who designated himself spokesman accosted Howard.

“I don’t know whether to report you to the USTA, or whip you,” the guy said.

“You think you can?” The Boss answered. “Then let’s get started.”

It didn’t take long for the guy to realize that he should have elected to call the USTA.

One night we went to a Chinese restaurant, and I suggested he try the fried dumplings. He took a couple of bites and then asked me how long had the dumpling been around?

“About a thousand years.” I told him.

“Well,” he said, “It took them a long time, but they did finally get it right.”

He loved the rodeo, and over the years I got to meet several visiting rodeo performers including Vicky, the Beautiful Indian Squaw, and her paint that could walk a city block on his hind legs. I never did any research, but I strongly suspected that Vicky’s original zip code was somewhere in New Jersey, not widely known as Indian country.

Then there was Chief, the Performing Buffalo. The finale of his act was to jump over a brand new Cadillac, lent to Chief’s owner in return for free advertising. One afternoon, Chief’s lunge line got caught by a tent stake, but he still jumped out of a walk. He totally demolished this Cadillac without getting a scratch himself.

“Thank God he didn’t hurt himself,” his owner said. “There’s lots of Cadillacs, but only one Chief.”

And the stories and the memories go on and on, imperishable as long as I keep breathing. One thing neither of us ever did over all that time was shed a tear. It wasn’t something we ever talked about, but somehow bawling just didn’t fit into the unspoken code we lived by.

So I guess that’s it for now, Boss, and don’t worry about me. I’m fine and I don’t have any intention of breaking down and bawling at this late stage of the game. It’s just that the damn sun is so bright in my eyes where I’ve been standing all afternoon.
Ridding the sport of cheaters is an unsolvable problem

For decades the sport has tried to figure out a way to rid the game of the blatant cheaters. Whether it’s through testing, private eyes, the Gural/WEG integrity rule, etc. it’s time to face the fact that nothing can stop them. Some problems in the world are unsolvable. Fixing the cheating in harness racing unfortunately is one of them. It’s not as if the industry hasn’t tried different tactics. However, every attack has a major drawback leading to failure.

The industry has tried going after the trainer, logically. However, due process, the court system, and ultimately “beards” and phony horse transfers basically neuters that approach. The industry has mentioned going after the owner(s). This tactic also faces legal challenges and opens up a large number of problems regarding partnerships. Should owner A with 50 per cent be treated the same owner B who owns 10 per cent? Does one doped up horse cause 10 partners to be punished? The tactic is a logistical nightmare. It goes the same way if the horse is suspended. Multiple owners are punished and ultimately legal challenges will ensue.

Stopping chemist trainers would require the following, in my opinion: 1. advance testing and more funding for research into developing better tests in order to stay ahead of the dopers. 2. uniform medication rules and reciprocity amongst racing jurisdictions for offenders. 3. agreement among all racing participants that disputes be settled by an independent arbitrator and not the court system. 4. monitoring all off track and on track training facilities as well as private locales if warranted. 5. Multi-year penalties for all parties (owner(s), trainer, and even the horse) depending on the severity of the substance. Obviously, an antibiotic or Bute positive will not merit the punishment of EPO, etc.

Ultimately, I say the problem is unsolvable because none of the common ideas I mentioned above will ever be implemented. Why? Harness racing can’t work together. Two jurisdictions like WEG/Gural isn’t an industry. States and tracks will never work together. Horsemen and owners will never collectively bargain with tracks and give up due process. Testing will never be implemented because 95 per cent of the tracks care only about racino money, not the harness product. Attacking owners will terrify the few remaining big breeders who depend on these guys, even if they’re deplorable, to buy yearlings. Finally, neither the tracks nor the states are going to spend money to police off track.

Also, despite this bleak view, I still love my days at the track and I always will. I hope it will go on as long as I do. Realistically and sadly I just handicap with the knowledge that some trainers are what they are.

HRU, keep up the work on informative issues.