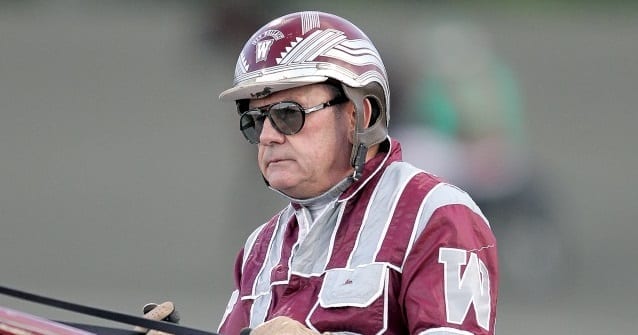 A number of factors have made it particularly difficult for many barns to find help this winter.

Put two Ontario trainers in a room in mid-January and the conversation usually revolves around weather: how cold it has been, how much snow has fallen, how training centre track conditions have held up and how many race nights have been cancelled. This winter, however, the conversation has had a distinctly different theme: Have you got enough help? Do you know anybody who is looking for work? If you hear of anyone could you send them my way?

From Facebook posts to advertisements on the Standardbred Canada website to word of mouth offers, almost every major stable in the province has been looking for caretakers, riders and assistant trainers.

“It’s tough to find help,” said Blake Macintosh, who just finished filling his winter staffing requirements on Jan. 17. “I haven’t talked to one barn that’s not short help and people are begging people to come to their barn.”

Part of the problem is that trainers, not just in Ontario, but across North America, are at peak capacity at this time of year. They are educating yearlings, readying three-year-olds for a return to the races and training racehorses; not much of their stock is idle so the need for staff is at its highest level. Trainers that stay in Ontario throughout the winter, filling the races at Woodbine Racetrack, Flamboro Downs and The Raceway at Western Fair District, are also at a distinct disadvantage to trainers that ship south for the winter.

“There’s a lot of professional grooms, people I would term career caretakers, and a lot of those people are not here,” said Ben Wallace, who is still looking to fill caretaker positions. “They’ve hooked onto American outfits or Canadian outfits that opted to go to Florida.

“So it’s kind of a two-pronged devil that we’re dealing with here. Canadian trainers are usually maxed out at this time of year with their numbers and we’re training in this climate, and you’ve got people that are leaving the province to go and work and train where it’s much more suitable.”

In addition to the business cycle issues, Wallace pointed to the contraction the industry suffered following the end of the Slots at Racetracks Program (SARP) in 2012 as a direct cause of the current shortage of experienced staff. According to Ontario Harness Horse Association (OHHA) general manager Brian Tropea a total of 4,300 individual horses made at least one start in Ontario in 2017, down from highs of 10,500 to 11,000 in 2010-11. You do not have to be a math major to see how those numbers impact caretakers. Assuming most caretakers look after five horses each, the Ontario standardbred industry needed 2,100 of them in 2010 and just 860 in 2017.

“I talked to a couple of people the other day that got out of it and got 9-to-5 jobs and they said you know what, we grew up in the business, that’s all we ever knew, we didn’t know this other world existed out there, and it’s kind of nice to have your weekends off, it’s kind of nice to be home at 5:30 pm,” said Tropea. “And I think there’s probably a lot that went and said, you know what, I can get a job with Purolator, or FedEx, or at the mill, or in the quarry, and those people are doing well and they’re telling their friends about it and people are going out and finding other employment.”

Which highlights the other aspect that may be contributing to the current staffing shortfalls —working with horses is not a 9-to-5 job and some caretakers will struggle to make Ontario’s new $14 per hour minimum wage when they divide their weekly pay check by the number of hours worked. Both Wallace and Tropea call it a lifestyle, anchored by a passion for horses, but it may be a lifestyle that is resonating with fewer Ontarians.

Between 2001 and 2016 the province’s census data reported that the number of farm operators shrunk by 14,550 and the percentage of rural residents, which has been in a steady decline since the census was first conducted, stands at just 14 per cent of the population. Those numbers would suggest that fewer of the province’s residents understand the 24-hour-a-day, seven-days-a-week, 365-days-a-year nature of dealing with any kind of livestock, not just horses.

So what is the solution to Ontario’s current caretaker shortage? Macintosh mused about obtaining temporary foreign worker permits or reaching out to other equine disciplines, perhaps hosting a workshop or open house to allow those already familiar with horses an opportunity to see how the harness racing industry works.

“I’m thinking quarter horses or all the different disciplines,” said Macintosh. “You advertise it like, ‘In the afternoon you can still go do your riding horses because you’re usually done by 12:30 or 1 pm,’ and try and get them interested in our game.”

Tropea, who sits on Equine Guelph’s advisory council, would like to see the industry restore funding for something like the Equine Guelph Groom One program, which was shelved in 2012.

“We had two days where everybody would come together and we’d teach them basic horse handling and safety, and then we’d help them find positions out in the industry,” said Equine Guelph Director Gayle Ecker. “Then their hours of experience plus their online completion of the course was followed by a one-day testing where they had to demonstrate their skills, and then they would get a certificate from Equine Guelph as a groom.”

The University of Guelph’s Ridgetown Campus currently offers two equine programs based at the Regional Equine and Agricultural Centre of Huron (REACH Huron) in Clinton, a one-year Performance Horse Handler Certificate and a two-year Associate Diploma in Equine Care and Management. Those students may have an interest in the racing industry and Ecker suggested trainers try posting their jobs on Equine Guelph’s free job posting tool, JobTrack.

Other trainers have addressed the issue by altering their business practices, offering higher wages, enhanced benefits or increased opportunities in an effort to appeal to those currently working in the industry.

Trainer Anthony MacDonald lured retired trainers Kevin McMaster and Harry Poulton back to the business with the offer of horses to train within thestable.ca fold, and after spending last season as a caretaker for thestable.ca Jason McGinnis is currently training 10 of the operation’s horses.

“It’s going to be a transition for the whole industry to move into the 21st century,” said MacDonald, whose 107-horse operation is at near full staff. “But something we’re trying to do at thestable.ca is to give people a way forward.”

Giving people a way forward, by introducing them to the industry, giving them enhanced education or responsibility, or offering increased financial rewards, may be the best way for Ontario harness racing to solve the labour problem, and might just go a long way toward solving a few others.