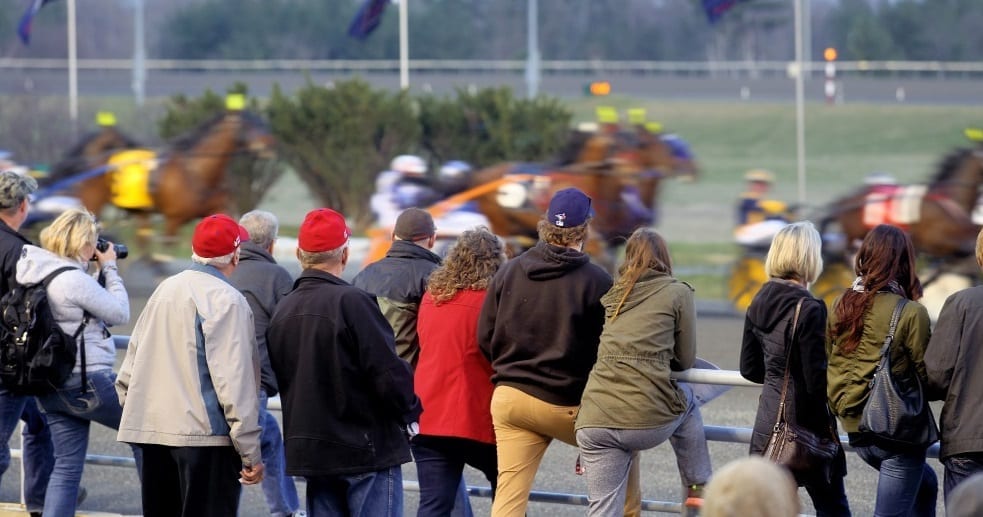 Clay Horner said, “the main concern that people had was ‘don’t punish me if I haven’t done anything wrong’ and, of course, that’s a very hard thing to disagree with.” The revised rule may deduct purse money from those that run afoul of the rule.

Woodbine Entertainment Group (WEG) chairman Clay Horner said the reaction he’s had to a new WEG / Meadowlands integrity rule (full story here) has been overwhelmingly positive, but there were enough serious concerns from some major industry players that the rule is now being tweaked. The language behind a revised rule could be available as early as next week.

The original Standardbred Racing Integrity and Accountability Initiative (SRIAI) banned any trainer, horse or owner (with at least a 25 per cent stake in the horse with a positive) from participating in stakes races at Woodbine, Mohawk, the Meadowlands, Tioga Downs and Vernon Downs in 2018 if they have been found by a racing regulatory agency to have tested positive for prohibited substances as defined within the Association of Racing Commissioners International Uniform Classification for Foreign Substances of Class I, II, TCO2 or steroids after Jan. 1, 2018. (Note: the original article in HRU failed to point out that in the case of Class II positives, owners, trainers and horses would only be subjected to a ban after two Class II positives).

Last week, Horner further explained the original rule as follows, “Say Owner A has a horse with Trainer A. If Trainer A has a positive test of one of these natures, then all of Owner A’s horses in which he or she owns 25 per cent or more are disqualified from future participation, regardless of who the partners are and regardless of who the trainer is. We want partners to say to their fellow partners, ‘Look, I see that you’ve got horses with somebody that is riskier than the trainer that we have horses with together. It would be a terrible thing for there to be mistake, or something that’s done, that could impact us all here. And, in particular, for me to suffer that bad consequence because you weren’t careful and diligent in your choice of trainers.’”

Horner said Thursday that he was “always open to changes” and the revised rule will be less “Draconian.”

“I think the main concern that people had was ‘don’t punish me if I haven’t done anything wrong’ and, of course, that’s a very hard thing to disagree with,” Horner said, “but the trick was coming up with the way to make that happen and still achieve our objectives.”

He said the objectives behind the modified rule are:

2. A rule that enhances the reputation of both harness racing, in general, and the tracks’ premier events, specifically.

3. A rule that has a “less-intrusive impact” on good owners and good trainers.

4. A rule that, although directly applied to stakes events, would force owners to think about the trainers that they use for overnight horses, as well.

5. A rule that gives new or prospective owners the confidence that there is a level playing field.

“The core principle (of the original rule was) that if a 25 per cent or greater partner had a positive on any of his horses, then initially all of his horses would be out of the stakes, which meant his other partners, who hadn’t done anything wrong or been with a trainer who had done wrong – then all of those horses would be out of stakes races,” Horner said. “People said, ‘it’s a pretty Draconian outcome.’ As you know, we did a lot of consultation beforehand with our own (WEG) board, with John (Campbell from the Hambletonian Society), with COSA (the Central Ontario Standardbred Association), with AGCO (the Alcohol and Gaming Commission of Ontario)… I probably wish in retrospect I had thought of this then, but maybe there’s another way to do this.”

Horner then suggested the punishment be financial and tied more to the offending party.

He used the example of a partnership between three people that each own a third of a horse that earned $100,000 by winning a stakes race. If one of the partners has horses with a different trainer that received a Class I positive, then, this particular group would lose one-third of the stakes money owed to it due to the fact that one-third of the owners is in violation of the integrity rule. In this case, instead of $100,000, the group would earn $66,000 to divide up amongst themselves.

“Ordinarily, they would divide it up in accordance with their partnership interest, but, in this case, one would think from a moral point of view, the good partners would have a good argument that they would get all or substantially all of that money and the bad partner would bear the consequences of that,” Horner said. “However, there’s a practical matter that if the bad owner was paying for the care of the horse, then he might have a claim to some share, a reduced share of it. Then we’d take the $33,000 and distribute all or substantially all of it to the other horses that earned money in the race. Some people have suggested that the money should maybe go for enhanced testing and other integrity initiatives. We haven’t made a decision on that yet, but we think all or substantially all of the withheld purse would go to the horses that were otherwise finishing in the money… and that would be a further reward for what we’d call ‘vigilant and safe owners.’”

Horner said the majority of the feedback he received on the original rule was, “from people who just liked the idea that we’re going to really do something serious about integrity and people are really going to pay a price, not just talking about it… but there were some, not surprisingly, significant players that were looking at things more intensely. They were invested in them and more public about making them clear.”

On Wednesday, Horner spent 12 hours reaching out “to the most significant players who have been voicing substantial concerns or outright opposition to: a) tell them that we care and that we want and value their input, even those that had been quite extreme in their comments. We took no offense. It was a sign of how passionate and important the issues were to them, both in principle and financially, and, b) tell them that we were listening and prepared to make changes if it was consistent with our objectives and it would attract enough support.”

Horner said he spoke to seven owners and three trainers on Wednesday and a further two trainers and one major owner/breeder on Thursday by the time he spoke to HRU around noon.

“All 13 have said, ‘If this is what you propose to do, then we’re prepared to support it or are enthusiastically in support now,’” Horner said. “We have some more people to talk to, but I’m very encouraged by what we’ve heard. Assuming the buy-in continues, we’ll then turn to reducing that to text.

“We’ll all need to meet as a governance matter, to take that back to (WEG’s) Standardbred Committee at Woodbine and make sure they are fine with making the changes. (Meadowlands owner) Jeff (Gural) will have his own process at his end, but I’m highly optimistic, given that our principles are maintained, given that we will have a very high degree of buy-in from the significant stakeholders.”

Horner said most people were concerned about the potential for Class II positives.

“There are very few Class Is… One of the things I’ve heard from trainers is them saying, ‘I’m not going to have a Class I unless it’s a wacko situation because I don’t use those things,’ but a couple of them were really candid and said, ‘But I do use some Class IIs. I’ve never had a Class II positive, but it’s not beyond the realm of possibility other than being very prudent in that regard.’”

Horner said another concern expressed to him was the potential for someone to commit sabotage by putting a banned substance in a horse’s feed or water.

“One of the things that a lot of people said was, ‘because we have a big investment in this game, we really do worry about the weirdo, random situation.’ I’m not going to get into it, but part of our proposal will deal with that,” Horner said.

He said he is also aware that some owners will simply plan to own less than a 25 per cent share of horses in order to avoid being subject to the rule.

“We’re already aware of people saying ‘I’d like to take my 33 per cent interest down to 24. So if I have a positive somewhere else, I don’t suffer any consequences here.’ That’s something to be worked out amongst the partners and obviously we’re going to give them some time to do that. We’re not close to stakes season yet,” Horner said. “Some people will do something to adjust the ownership to protect themselves, some people won’t, but they’ll have some other agreement for how to deal with that, in that event.”

Horner said the new rule is not only aimed at enhancing integrity, but transparency, as well.

“Everyone is going to know what the rules are and by entering the horse and paying the money they are on notice and are accepting what the consequences are going to be. We’re really in a contractual relationship in terms of what the deal is,” Horner said.

HRU will publish the language of the new rule when it becomes available.