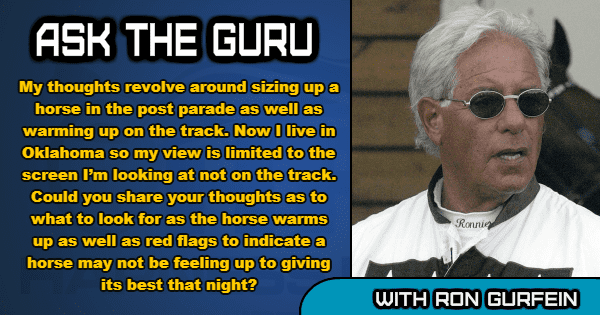 The right number of vets, favorite books and why pinhooking isn’t big in the harness game

May I start by wishing all my HRU friends a healthy and happy New Year.

Adriano Sorella: asked on Facebook and gave me permission to answer in my column: Over the years I have noticed that some trainers used a multitude of vets to do work on horses in the barn. I understand that certain vets are in certain areas (cities/towns), and some specialize in things others don’t. But if you look at the vet work and it’s all similar applications, then how many vets would be the average a trainer should use, 1,2,3,4,5 or more? Curious on this, because I have different doctors for my own personal health but really only one family doctor?

Most trainers do more vet work than necessary, which is certainly a product of a fiercely competitive sport. All the young guns are out to get any edge they can and it starts with performance enhancement. They feel if you don’t push the envelope you will get lost in the shuffle. The reason vet bills have run out of control is twofold. Trainer laziness “Doc he is sore somewhere. Do what ever it takes to fix him” or the trainers’ lack of knowledge, which immediately puts you in the hands of the Philistines.

If a horse is in one place, there is no need for more than one vet and maybe a specialist that does spinal or neck adjustments or acupuncture. Using more vets just becomes an accident waiting to happen. You will always have something done twice that probably was a waste of money in the first place. If you are an owner in a high profile stable, remember the trainer is good at what he or she does. It’s the pressure of the game that causes most of these lame decisions. The horse is lame, call Dr Smith and when Dr Smith can’t fix it we go to Dr Brown and so it goes until we find the answer or turn the horse out for a while which works more often than not. However, the exception to this scenario is when a horse goes from track to track and then I can understand using local vets to do the work. This could entail multiple vet bills in a month’s time. Vets are like women, it’s impossible to live without them, buts it’s very expensive to live with them.

To all the young trainers out there, don’t let ridiculous medical bills ruin your business. A week in the field will cure most of the problems that a $400 needle will do and at the end of the day your owner will be a lot happier.

Comparing vets to MDs is like apples and oranges. It’s just a matter of supply and demand. There are so many more humans than equines needing medical assistance that there has to be specialists. There are nowhere near enough horses to require similar specialties.

Paula Nelson asks: I know from your Facebook posts that you read a lot. What are some books you would recommend and who are your favorite authors?

Yes I do read a lot and have had the same favorite book for about 14 years and I will tell you it’s also the favorite of my son and daughter. The name of the novel is Shantaram by Gregory David Roberts. I really think the story is basically true. It is written by and about a bank robber/heroin addict that breaks out of an Australian prison, gets forged papers and ends up in Bombay where he develops a following as a doctor in the slums of the city. It is 1,006 pages of sheer fun that I have read three times since it was released in 2003 and it has a sequel that I will discuss at another time. If you are interested in some up to date fiction I have read about half of the books on the New York Times best seller list as of 12/31/17 and these are my favorites of the month: The Rooster Bar by John Grisham, Origin by Dan Brown, The People vs. Alex Cross by James Patterson, The Midnight Line by Lee Child and The Cuban Affair by Nelson DeMille. As for my favorite authors: Jeffrey Archer, Daniel Silva, David Baldacci, Michael Connelly and Lee Child.

For starters, there are 22,500 thoroughbred foals a year and 5,000 standardbreds in the United States, so lots of things happen in the other business that can’t happen in ours. They have 2-year-olds in training sales, which gives them a pinhooking outlet we do not. Even when we had 2-year-old in training sales the high end was $50,000 so in order to profit you were very limited as to what you could spend and any profit was minimal, at best. The thoroughbreds sold a 2-year-old in training at the Calder sale a few years ago for $16 million (The Green Monkey) we just don’t have anything near to that type situation.

I am not saying that it hasn’t been done but numbers severely limit the possibilities. We have maybe 50 weanlings a year go to auction of which five are worth pinhooking and the entire industry knows what you paid. I am not smart enough to pick the one that make a killing. I have a very close friend in Lexington that runs a pinhooking partnership and is very successful buying yearlings from $40,000 to $80,000 and selling in the 2-year-old in training sales. You would get butchered trying to do that in our business.

However, I have been successful in the past pinhooking racehorses and reselling them on a far smaller scale. There was a day when there were a lot of horse traders. Today, it’s a dying breed because there is so much information available that wasn’t 40 years ago. The Internet provides an instant source of information for a buyer or a seller. Years ago, I could buy well-bred green horses at the Old Glory Sale (Yonkers Raceway) and the Harrisburg sale and still have time to enter them in the Delaware Fall sale and make a decent profit. Today, the time frame is too short and all the results are on the Internet five minutes after the horse sells. In those days, you even had time to change the horse’s name before you entered him in the sale.

My favorite pinhooking story involved my dear friend and partner “B”, the late George Berkner. We were buying and selling a bunch of horses we raced at Monticello and I was at the Lexington mixed sale and Carter Duer told me had the perfect horse for me. He was working for Castleton Farm at the time and he had given a credit for a stakes filly to RD Ricketts, however he bred her for four years and she never had a foal. She had a good record and Carter said she retired perfectly sound. I thanked him and proceeded to the sale ring where I purchased Shelia Lobell for $1,700. I called “B” right away and said, ‘Do you want the good news or the bad news? The good news is we bought a beautiful trotting mare that was perfectly sound for $1,700. The bad news is she hasn’t raced in five years.’ The PS to the story is we raced her for about a month in New York and sold her for $50,000. Laura thanks for a very interesting question.

Bill Noesges asks: My thoughts revolve around sizing up a horse in the post parade as well as warming up on the track. Now I live in Oklahoma so my view is limited to the screen I’m looking at not on the track. Could you share your thoughts as to what to look for as the horse warms up as well as red flags to indicate a horse may not be feeling up to giving its best that night?

I appreciate the question but I really don’t think you get an honest take from television camera work in the equine industry. I feel it works both ways. A horse can be off and look great and a horse can be great and look sore. The only way to truly appraise the condition of a horse in the post parade is to be at the track and be up close and personal. I really never learned this till the Meadowlands opened because on the half-mile tracks you rarely used a television to watch horses. When we got to the mile I had a good trotting mare Franconia and after a very good performance I asked John Campbell if she was very rough at times and he said she was perfect, yet I have had horses that to me looked great on TV and the driver said they were awful.

When you watch on television, hope the track vet is smart enough to remove a sore horse from competition and concentrate on your handicapping.

Thanks again to all my HRU readers please keep the questions coming. I am a little behind in my answers, so please be patient.

Next week, Nick Salvi asks: What horse did the most for your career?