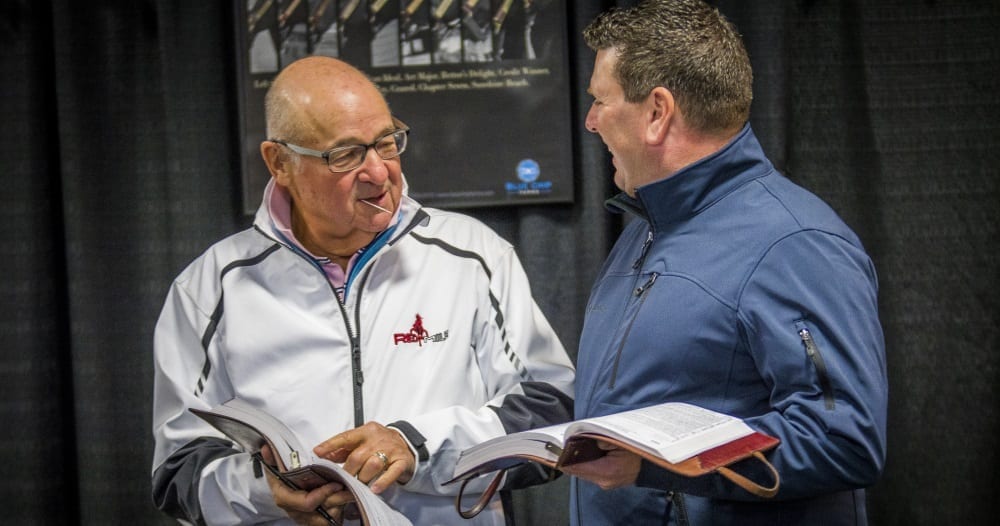 A look at how the first crop of the son of Somebeachsomewhere fared on the auction block.

In last Sunday’s report on how stallions fared at the Standardbred Horse Sales Company’s yearling sale in Harrisburg, PA (full story here), we inadvertently left out first-crop sire Captaintreacherous, who sold 25 colts and 19 fillies for a $46,733 average. Six of them topped $100,000, while a dozen beat $50,000. Seventy-three per cent of them sold for at least $25,000. Fifty-two from his initial offering brought a stellar $70,481 average in Lexington.

Harness Racing Update spoke to Myron Bell this week to get a further update on Captaintreacherous. Bell represents Brittany Farms LLC in the ownership group of the son of Somebeachsomewhere out of Worldly Treasure.

“Captaintreacherous’ average was good, but not as good as we thought it would be because he had so many foals selling at public auction,” Bell said. “He had 44 in Harrisburg and 52 in Lexington and one in Goshen… He had 33 sell in the first day at Harrisburg out of 170 horses, which hurt his average because there’s too many of them.”

The upside, Bell said, is a pile of Captaintreacherous offspring will hit the track soon.

“He has many foals that are going to be two-year-olds on January 1st and that will give him a tremendous advantage over the others because he has so many out there,” Bell said. “I kept the stud fee at $15,000 for a reason — so he would have a full crop his first four years. So far it’s worked out the first three years and now we’re going into the fourth year where people saw them in the flesh and they’re going to be training.”

Bell said Captaintreacherous — a winner of more than $3.1 million on the track with a mark of 1:47.1 — has been given every opportunity to be successful in the stud barn.

“He was attracted to the best mares in the industry,” Bell said. “We set up a tremendous syndicate. Some of the best breeders in North America bred to him and the resulting foals look tremendous and we partook, as well. I bought six Captain colts at public auction for my group Captain’s Court — four in Lexington and two in Harrisburg.”

Bell said the industry should benefit from a good group of first-crop stallions this year.

“They’re all nice horses, whether it’s Father Patrick or Trixton or Sweet Lou or Sunshine Beach. They all had very nice looking foals and I’d be shocked if any of these are duds,” Bell said.