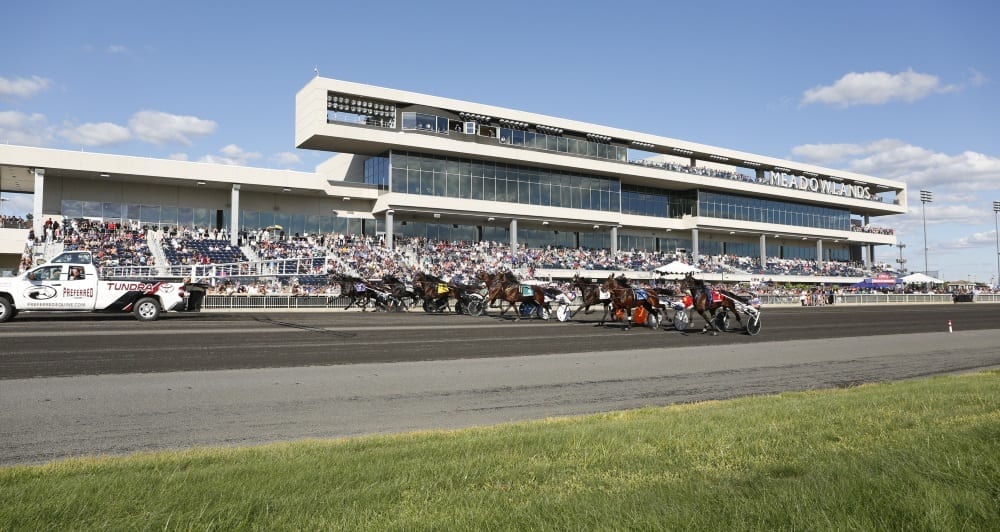 The owner of the Meadowlands, Tioga and Vernon Downs said he regrets allowing Springsteen and Lady Shadow to race in stakes this weekend at the Big M after being transferred from banned trainers to other conditioners. He said he plans to end the practice in 2018.

Jeff Gural is vowing to get tougher on integrity in 2018 at his three racetracks and he said he’s going to start by not repeating the decisions he made this week allowing Springsteen and Lady Shadow to race in stakes eliminations Saturday at the Meadowlands Racetrack.

“I’m going to change the rule so you can’t change trainers. I’m not going through this again,” Gural said Thursday evening. “I thought about it and why am I going to all this trouble and aggravation to accommodate owners that gave their horses to trainers that aren’t allowed to race at the Meadowlands? If they want to give their horse to those guys, they should understand that they will not be able to race at my three tracks and that’s it.

“Tougher rules will be in place next year.”

Trainer Rene Allard, the regular conditioner for two-year-old pacing colt Springsteen and Richard Banca, the new trainer of older pacing mare Lady Shadow whom he purchased for $310,000 on Oct. 31, are both banned from competing at Gural’s tracks — the Meadowlands, Tioga Downs and Vernon Downs.

“Allard bought this Springsteen horse and he called me and asked me if he could race in the Meadowlands at the Final Four and I said ‘no’. I said the only way he could race is if he gave the horse to somebody else to train, so he called me back and said he’d given the horse to Mark Harder,” Gural said. “I said ‘Yes,’ because Mark Harder is allowed to race. On Monday, I got a call from Mark Ford saying that they had dropped off Lady Shadow at his barn and could he race her? So I asked my guys ‘What do you think?’ They said, ‘If you allowed Springsteen to race, then you probably should allow Lady Shadow to race,’ so basically that’s what happened.

“To be honest, I was shocked when Lady Shadow was bought by Banca,” Gural said. “What was the point of that? (Former trainer Ron Adams) was selling the horse because they couldn’t race, so now the horse can’t race now either.”

Gural said the decision to allow Springsteen and Lady Shadow to race is going to cost him a lot of money. He said he will send blood samples from both horses to a lab in Hong Kong both this week and next, if they qualify to race next week. He has also ruled that detention barns will be in place for the two-year-old races that make up the Fall Four.

“I got a lot criticism and it’s costing me money because I’ve had to take blood from both horses and send samples to Hong Kong. Then, assuming they make the finals, I’ve got to do that again. I’m going to race with a detention barn for the two-year-old races, which I wouldn’t normally do, so it’s costing me money,” Gural said.

Still, he said it’s worth it to protect the integrity of the races, his tracks and the other horsepeople.

“There’s no doubt in my mind that these horses will be racing drug free because… typically we don’t send all of the samples to Hong Kong, we just randomly do it because it’s too expensive. So, people don’t know which samples we’re sending to Hong Kong and which ones we are sending to a local lab. I’m very interested to see how these horses perform because they are being tested twice, plus they are going to race out of a detention barn. I don’t know what to expect, but however these horses perform the likelihood is that they did it on their own and not as a result of drugs. Let’s hope.”

He also said his team is working behind the scenes to better identify the newest performance-enhancing drugs.

“I do hope that by next year we’ll know the drugs and that will put an end to it,” Gural said. “We’re working hard to try to find out what they are using.”

As for his plan to not allow horses to simply be transferred to approved trainers, Gural said it will be a much easier and more consistent approach.

“It’s less complicated. Why am I going out of my way to help people who are picking bad trainers? It’s stupid, why am I helping the wrong people? I’m not going to do it again,” he said. “This year, it really started with this Agent Q horse. Aaron Lambert was not allowed to race. Marty Scharf is a partner and a friend and I told him that he wouldn’t be able to race. He gave the horse to Chris Ryder, which was fine, I like Chris. As soon as the two races at the Meadowlands were over, he gave the horse right back to Aaron Lambert. So, that really made me look bad and that will never happen again.”